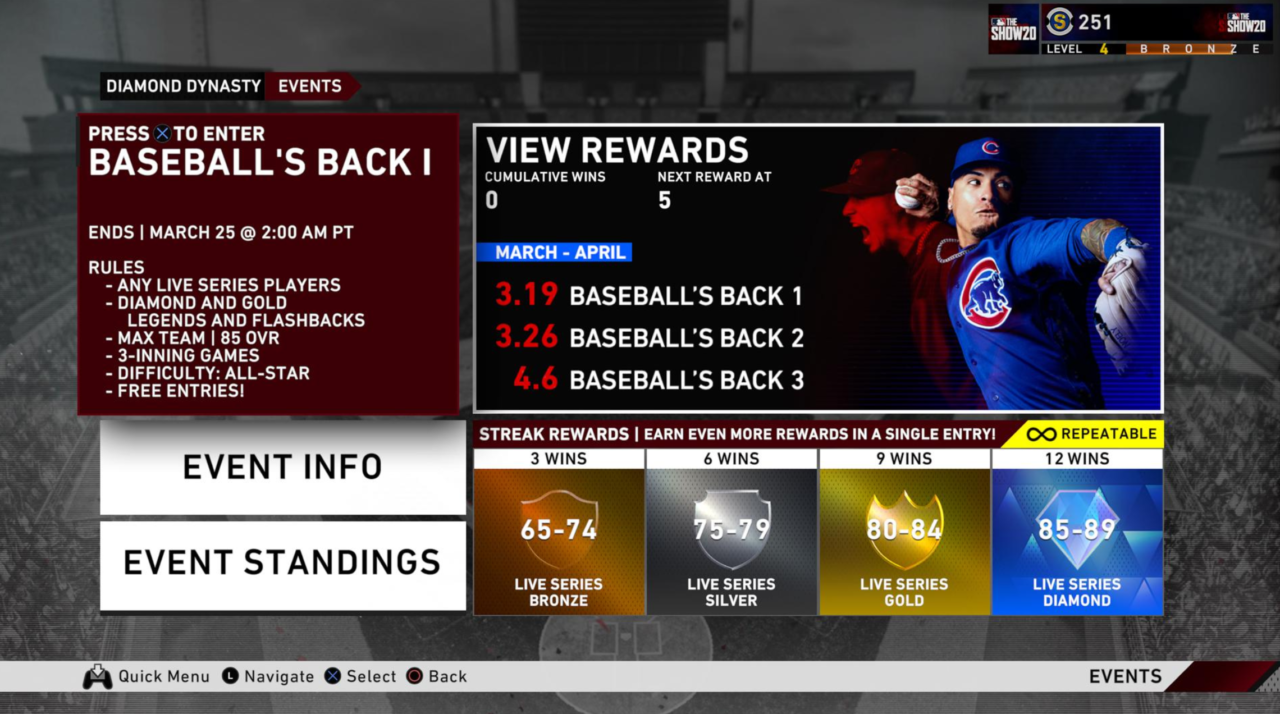 Courtesy of Reddit user DuckQuacks who did some sleuthing on the PlayStation website, we now know we’re getting three initial events in MLB The Show 20 Diamond Dynasty. We also know what the first Diamond Dynasty event will look like overall when it starts on March 19. For the uninitiated, events in The Show are always free and you’ll get unlimited entries to try and get the rewards. From the looks of things, it seems we will be getting cumulative rewards right off the bat in these group of events. We started to see cumulative rewards more often as the season went on in last year’s game, so this might be the route they’re taking overall now. Whether that means there is a player reward per event and some form of “tickets” or currency that you accrue to get other players as you go through these events will be the other thing to watch.

The requirements for the first of three “Baseball Is Back” events are:

The live series cards all being usable is another aspect we’ll need to watch this season as well. It seems like there may be more of a focus on keeping the live series players viable in the game for a longer period, and this would be one way to do so.

Lastly, here’s to hoping it’s quicker and easier to fill out a team in events this year. There is nothing worse than losing, and then having to spend the time putting together the team you just used for the last entry because the game auto-generates a team that is not even viable or qualified for the event.

MLB The Show 20: All The Revealed Cards and How to Get Them (So Far)
Here's Your Chance to Win a Pair of MLB The Show 20 Nike Air Max 90 Colorways