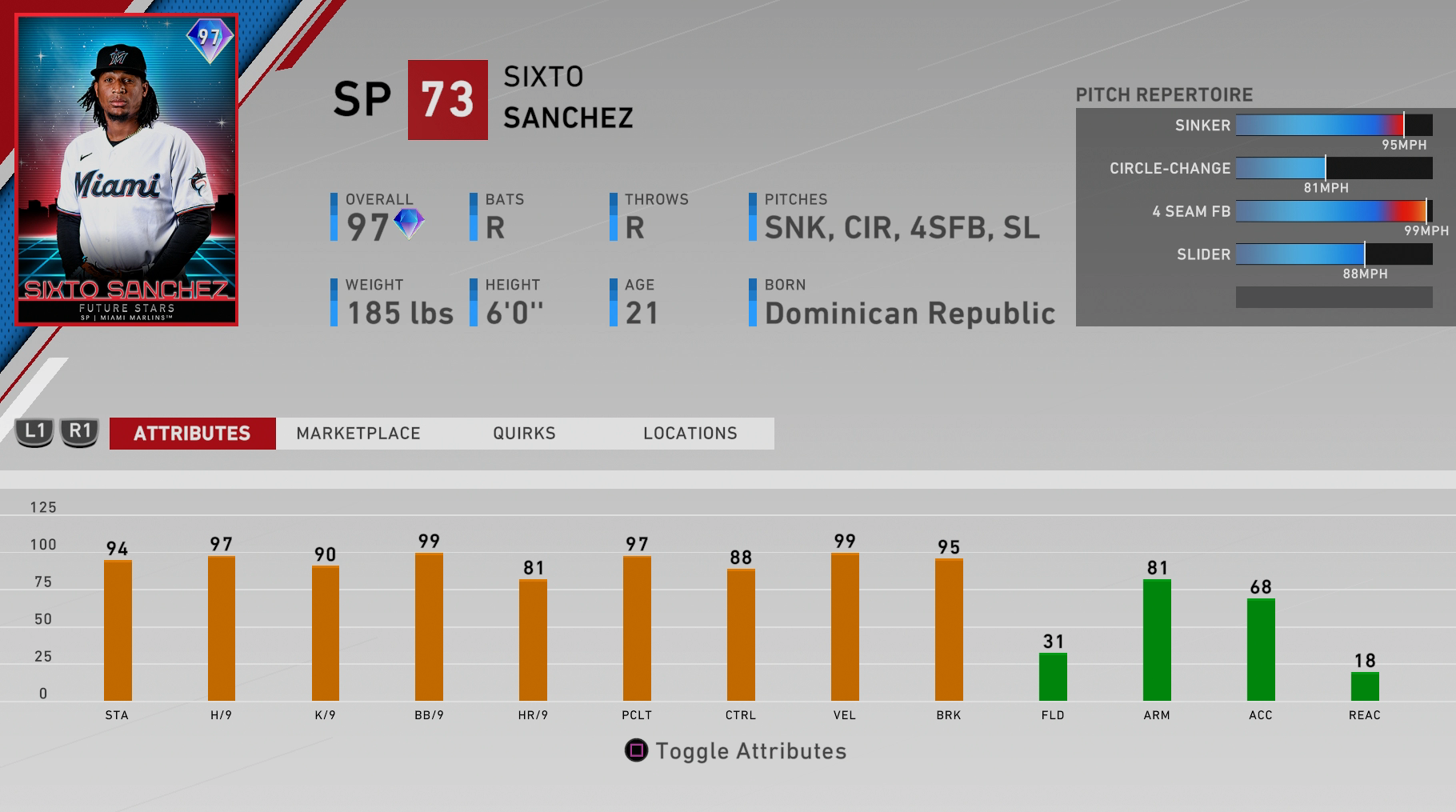 I’m not going to talk about Sanchez, instead I’m going to use these next few sentences to complain. I understand SDS is probably in a difficult situation with no real baseball, but I hope we’re not just going to double dip with all of these top prospects and get two or three versions of them this year. Sixto Sanchez already has a diamond, and we’ve seen Madrigal and Bohm both get a second version of their Prospect cards now in Future Stars form.

I’m fine with juiced up prospects, but seeing two versions of some of them coming out already is the thing that will end up bothering me the most in terms of content releases — outside of every pitcher getting a sinker — if it holds up. There have to be other prospects to look at, and I think it would be fine if we halt the power creep on the top prospects. Instead, go back and give some lesser prospects cards as well that are golds or low diamonds. Variety is the bigger thing here than the high overalls because most of these prospects don’t remain in the meta either way.

In short, I beg of you to please stop this madness before it gets out of hand SDS.

Anyway, here’s the ratings for Sanchez: 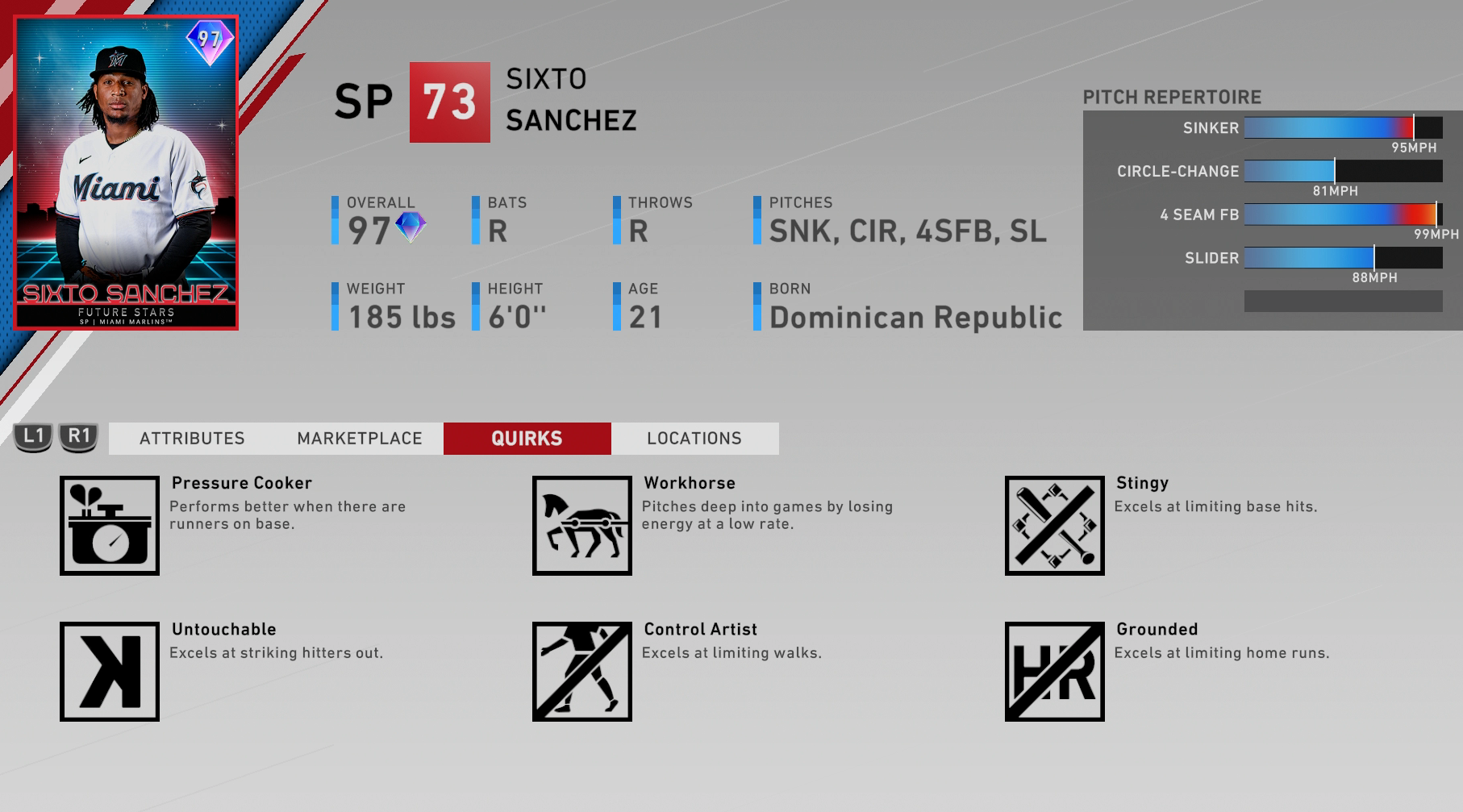 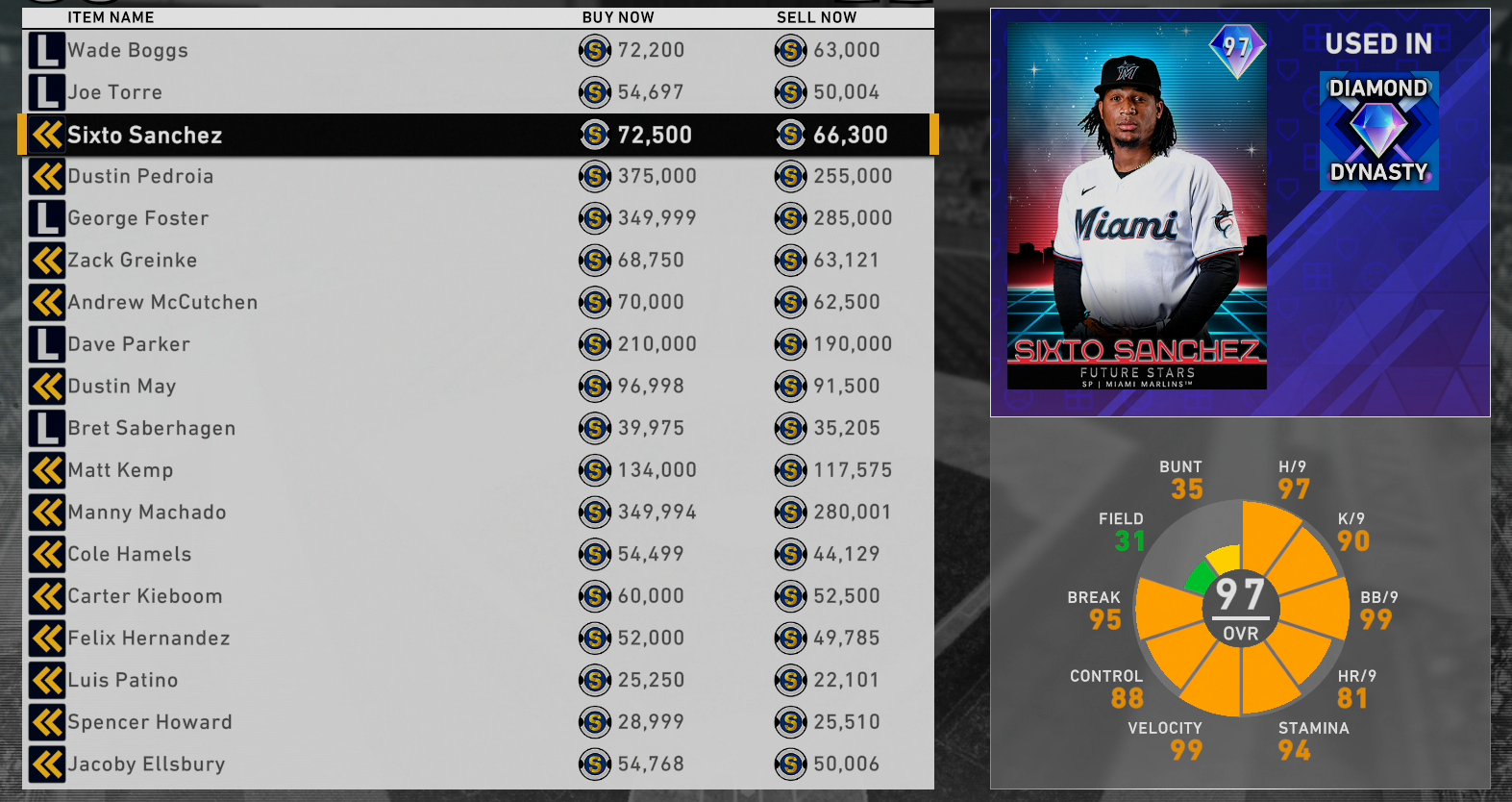 The odds on the Headliners packs remain the same as always, so good luck if you try getting him in packs as you’ll have a 1:10 chance at a diamond, albeit that diamond might not be Sixto Sanchez.