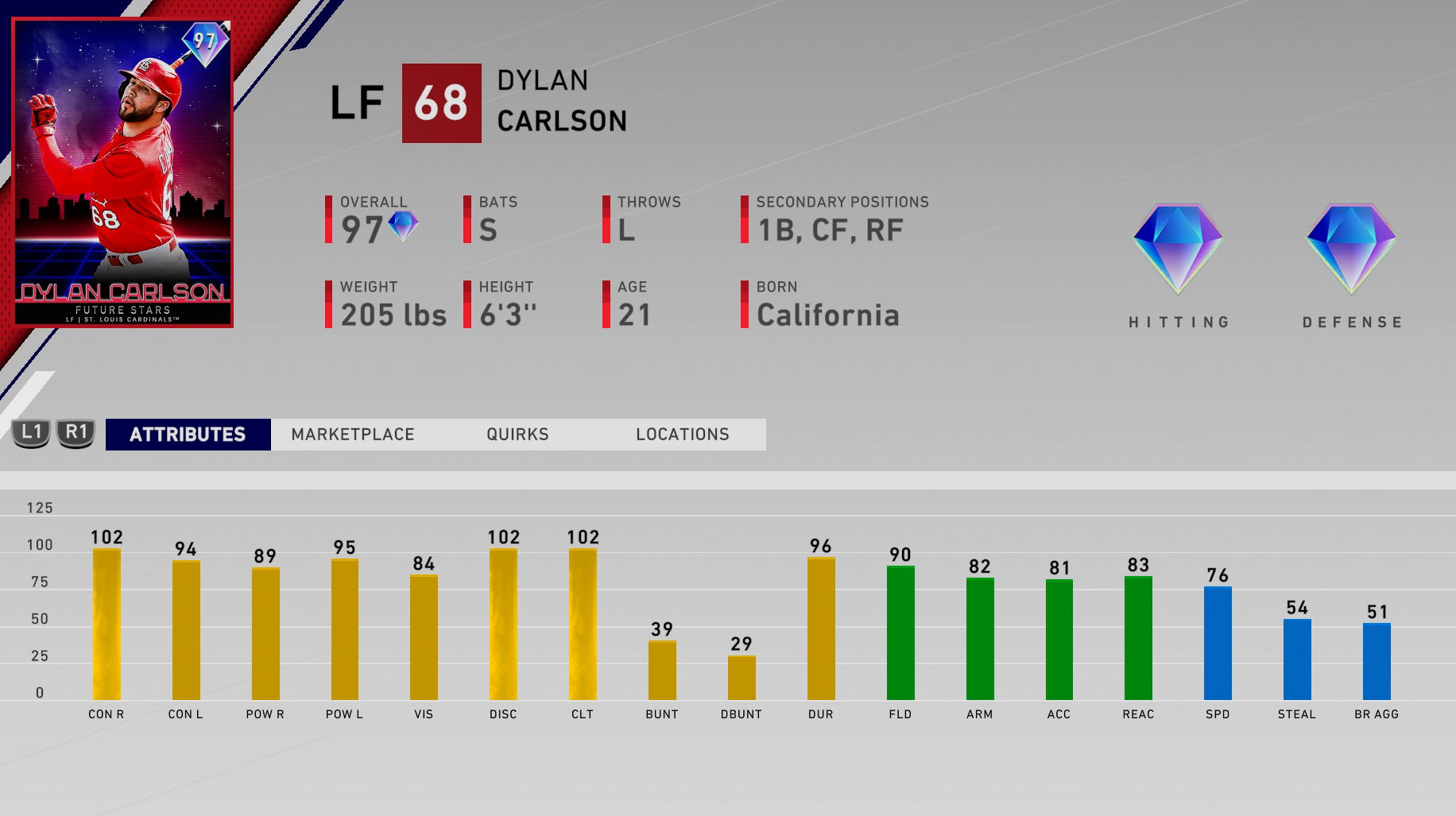 As a switch hitter, Carlson already has plenty of buzz from the Team Affinity Stage 2 release. He is a nightmare to deal with at times, and many folks love using him even on top-tier squads. With that in mind, this Carlson card might be in relatively high demand.

Here are the full ratings for Carlson: 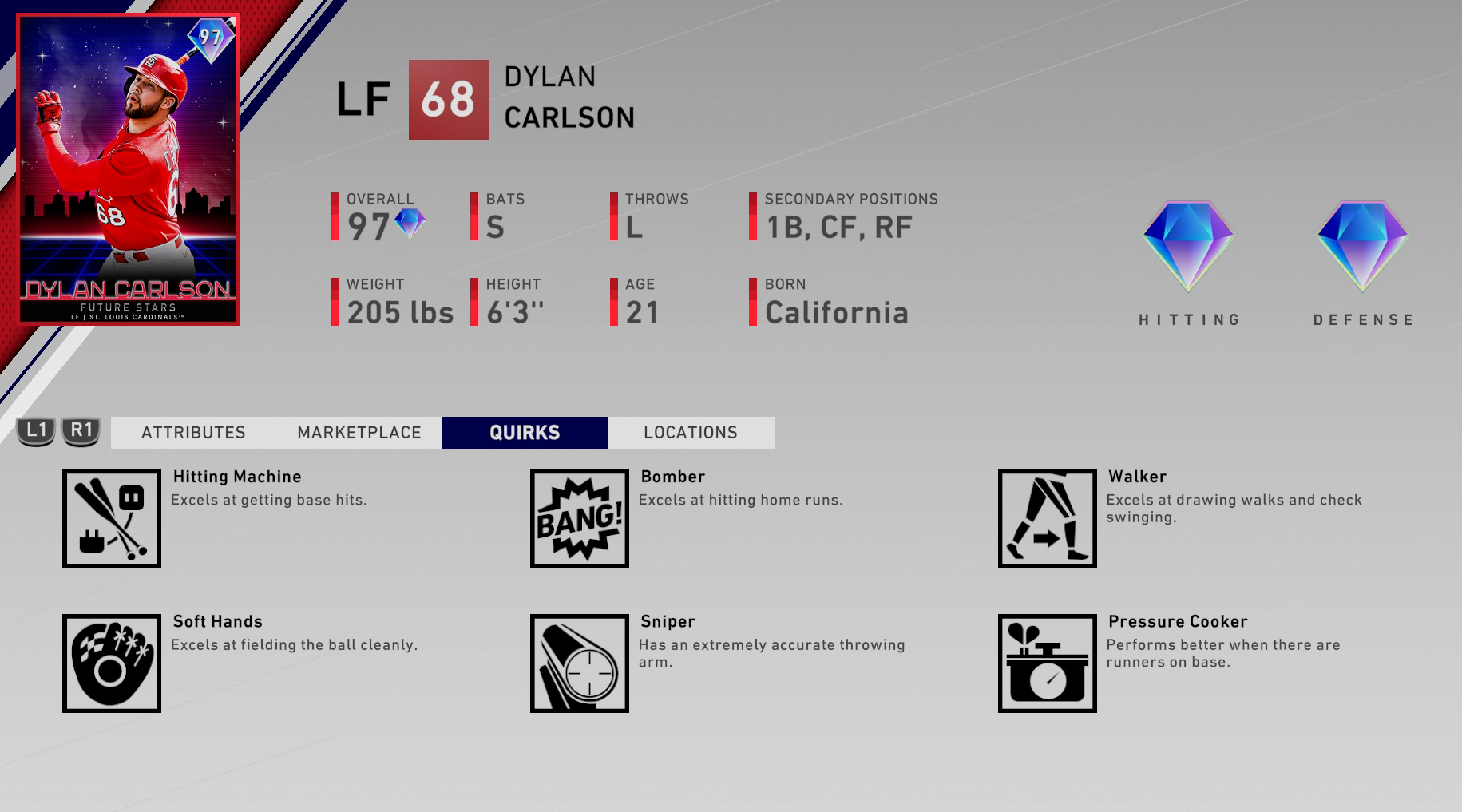 Here’s a look at his price on the community market immediately after he was released: 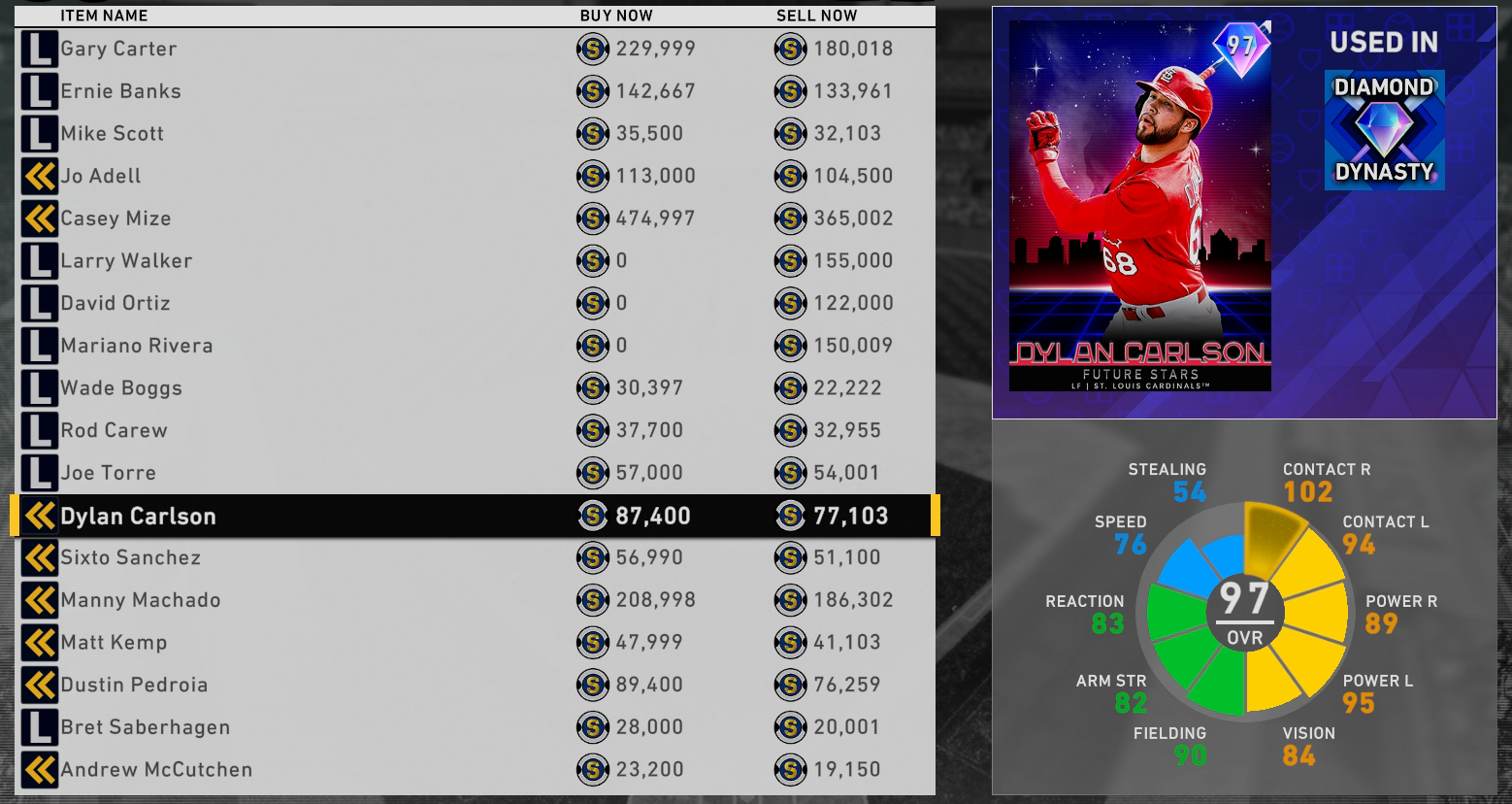 The odds on the Headliners packs remain the same as always, so good luck if you try getting him in packs as you’ll have a 1:10 chance at a diamond, albeit that diamond might not be Dylan Carlson.