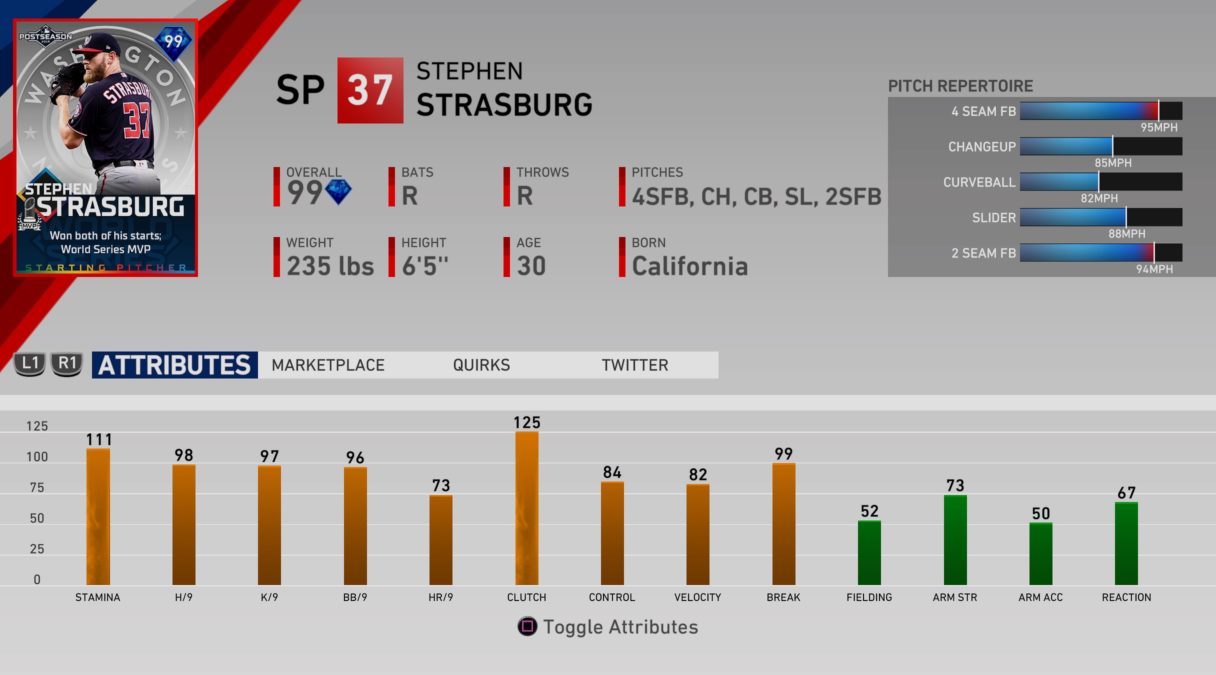 Some tasty new cards and the conclusion of a voucher collection that should net you a 99 Stephen Strasburg are on the table today for Diamond Dynasty.

If you are able to complete all the World Series Moments, there are four cards you can snag with your vouchers: Stephen Strasburg, George Springer, Adam Eaton and Patrick Corbin. I think two of these cards are more intriguing than the others, with really only one perhaps being an obvious card for almost any lineup. First, we’ll start with Strasburg.

The card is obviously great, but his 89 RP version is still going strong for many people, and you can’t use two versions of Strasburg on the same team. I think most should and will stick with the reliever version because the pitch mix on this 99 card is still not incredible for a SP in an online environment. Of course, by all means try him and out see what happens, but my history with Strasburg is spotty in terms of good results. 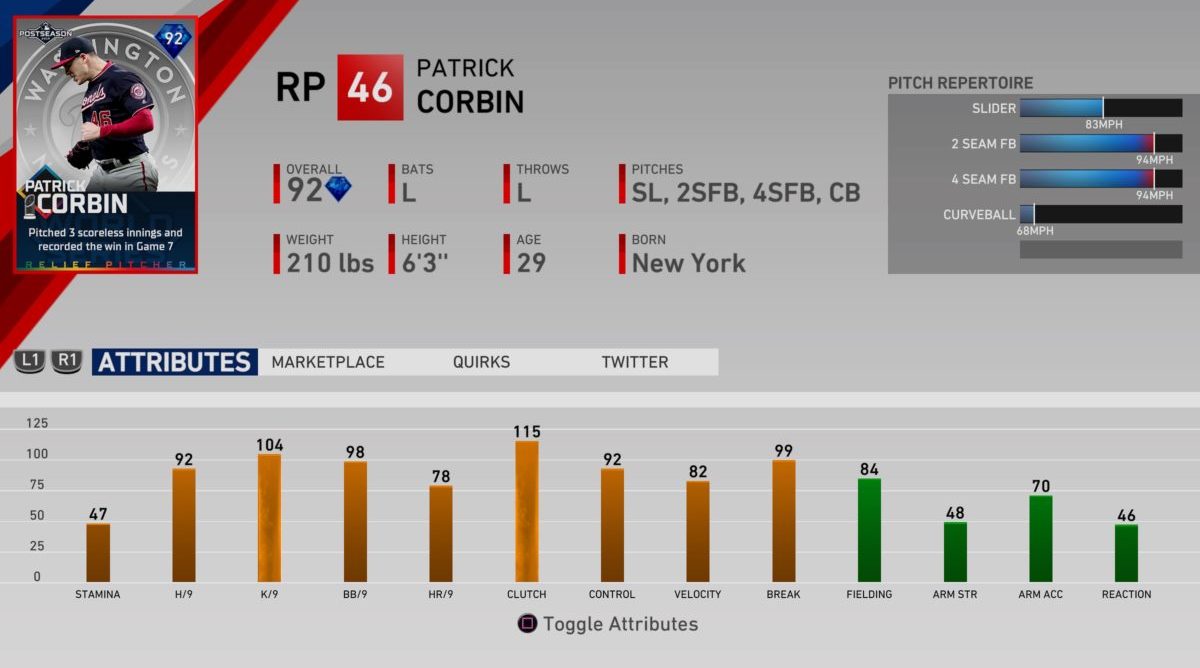 Next we have what should be the most-used card of the four because oh my goodness look at that curveball and fastball speed differential for Patrick Corbin. His floaty curve may even be so absurd it’s too much of a difference from his fastball, but I think most people are at least going to try and make this reliever work. He should be a good time. 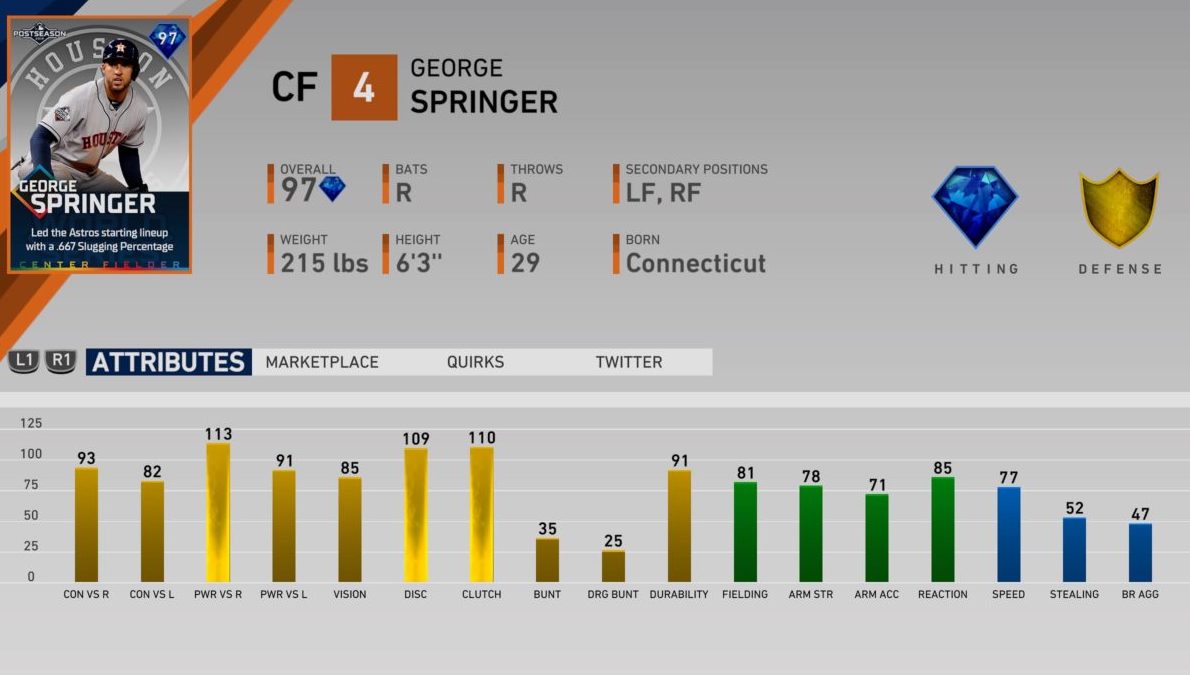 George Springer is without question one of my top five players to use in Diamond Dynasty year to year. His swing is great and I just feel unstoppable with him. This Postseason Springer doesn’t look like it will be game-ending, but I suspect it will still be the card I use the most. If the hitting stats just had a little more to them, I could more easily argue for always keeping this guy in the outfield, but it’s a good card either way. 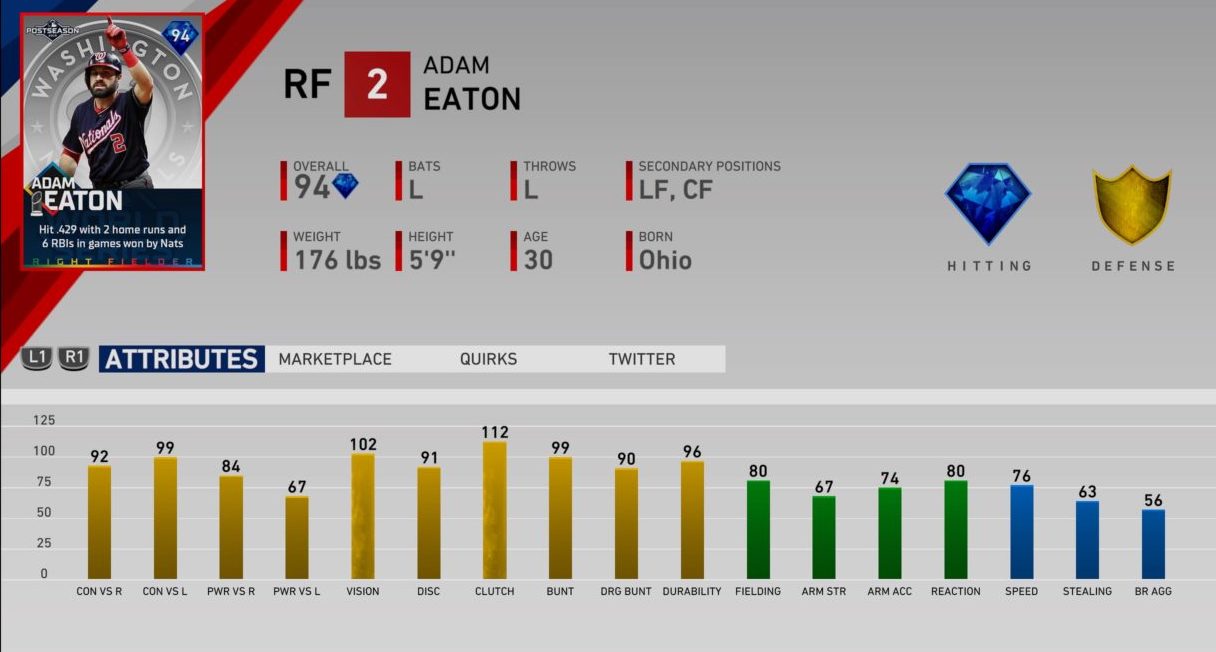 Lastly, we have Adam Eaton. This card is whatever. The hitting stats are not great, but he got a major boost to his bunting so he may be a situational player to use off the bench. All in all, I think this is clearly the weakest card of the four released.