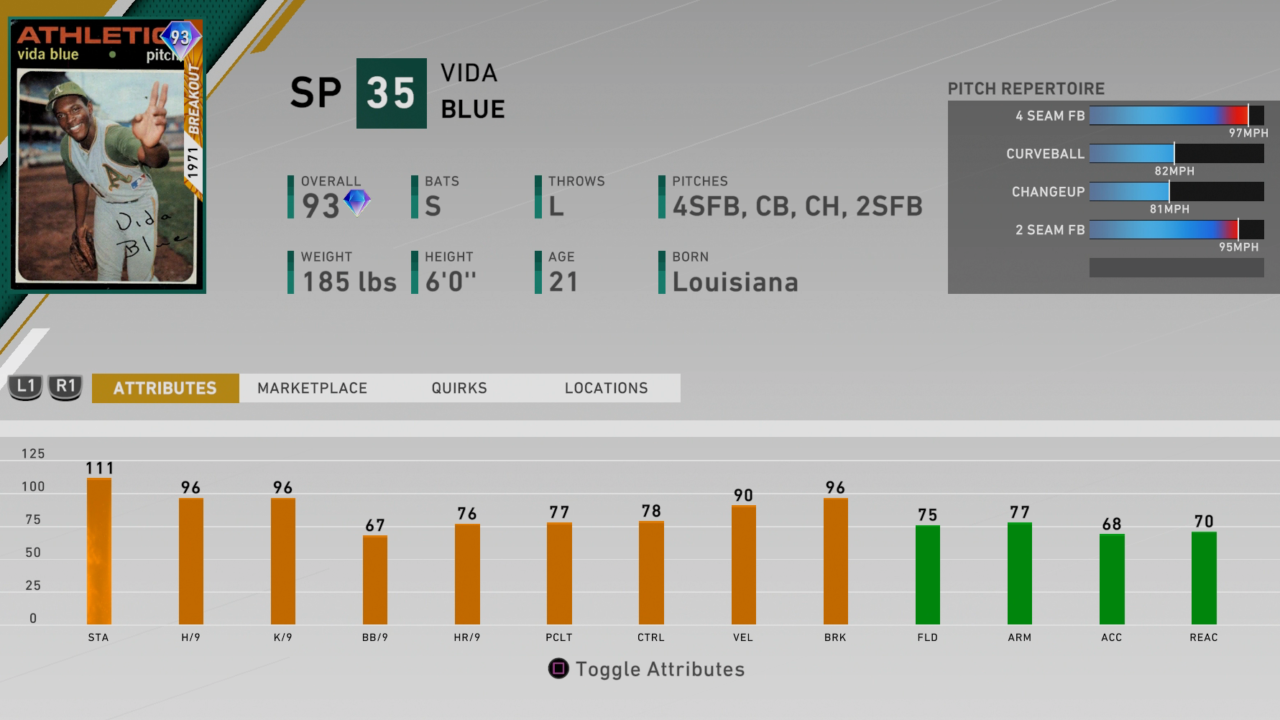 Headliners Set 7 Breakout Vida Blue replaces Signature Series John Franco in Headliners packs today. Breakout Vida Blue is a 93 overall, and his main pitch is high-90s fastball with a devastating curveball and changeup as his secondaries. His two-seam fastball is no slouch either, and Vida Blue is a known top commodity in DD from prior seasons. His release is also funky, which is the other major aspect helping him out.

Blue is tied with First Inning Program Oswalt as the top-rated starting pitcher in the community market right now. I would suspect this might be one of the most coveted Headliners cards so far due to Blue’s past top-tier performances, but we’ll have to wait and see how things shake out in the market.

And here is how he looks on the community market right now: 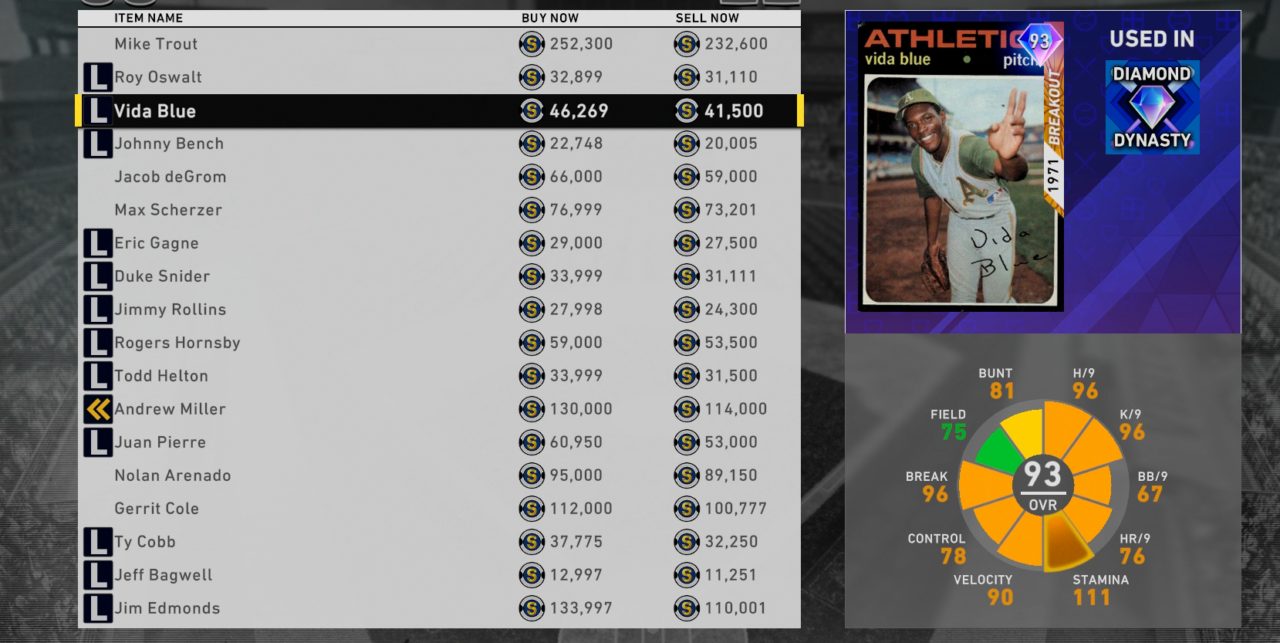 The odds on the Headliners packs remain the same as always, so good luck if you try getting him in packs as you’ll have a 1:10 chance at a diamond, albeit that diamond might not be Blue.

Lastly, The Show did run a flash sale for packs, but they literally sold out within moments. The first flash sale was 25K Stubs for a guaranteed diamond-player pack.

It appears they will be running more limited-quantity sales until 7 p.m. PST, but if you’ll have to be fast on the draw because these packs really did sell out just about instantaneously in the first round.