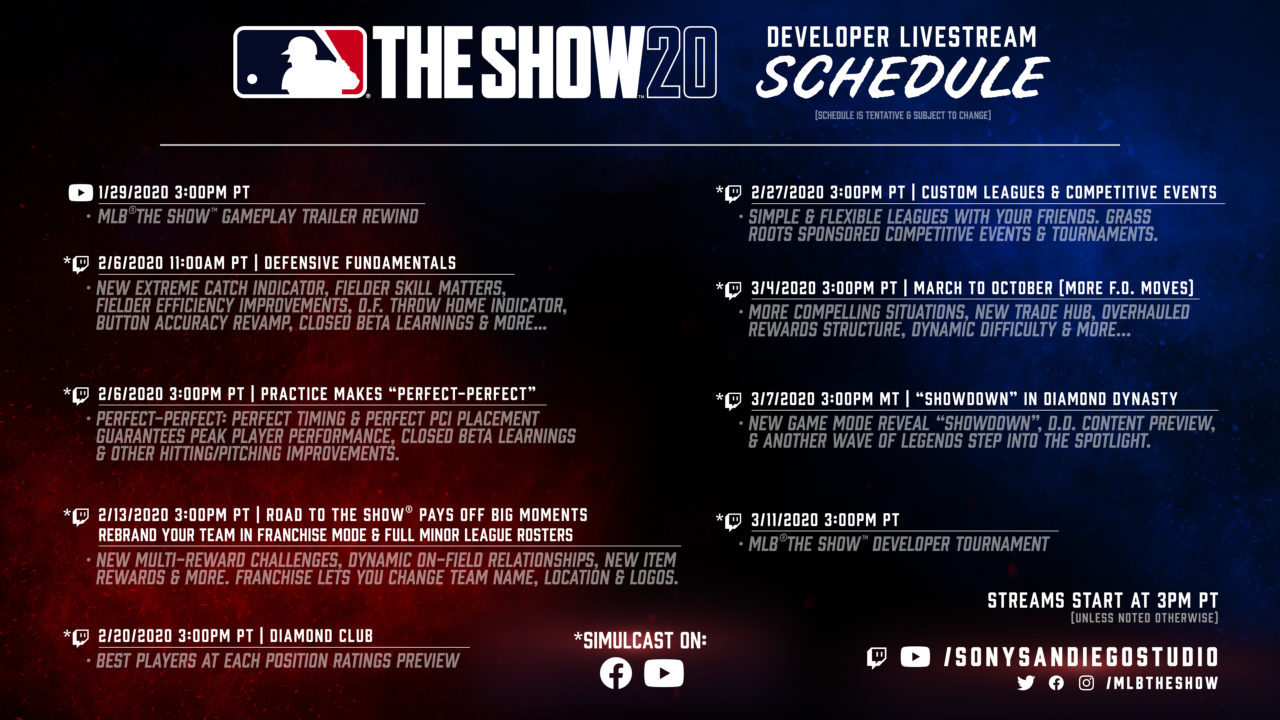 Sony San Diego Studios has posted their MLB The Show 20 developer livestream schedule today, complete with times, dates and topics for each one of them. Fans can watch all of the upcoming streams on Twitch, YouTube and Facebook Live. Of note, if you watch the streams on Twitch, they will have Twitch Drops active, so be sure to link your account through TheShowNation, under My Account.

As always, these streams offer the community a deeper look into what Sony San Diego Studios has been working on for MLB The Show 20.

The schedule reveals some interesting topics of discussion, with details on the new extreme catch indicator, fielder efficiency improvements and a button accuracy revamp on February 6. They will also talk about the hitting and pitching improvements, including perfect timing and perfect PCI placement guaranteeing peak player performance.

Road to the Show improvements arrive on February 13, going over new multi-reward challenges, dynamic on-field relationships and more. They will also discuss franchise mode improvements, including ways to change your team name, locations and logos. Full minor league rosters are also going to be discussed…Hmm…

On February 20, they’ll showcase their player ratings, highlighting the best players at each position. Following that up on February 27, with details on custom leagues and competitive events. This includes simple and flexible leagues with friends!?!?!

March to October information arrives on March 4 and details on the new game mode called, Showdown, will be revealed on March 7. The complete the schedule of livestream events, the team will host their annual developer tournament on March 11.

Is there anything in particular you’re interested in? Let us know in the comments!