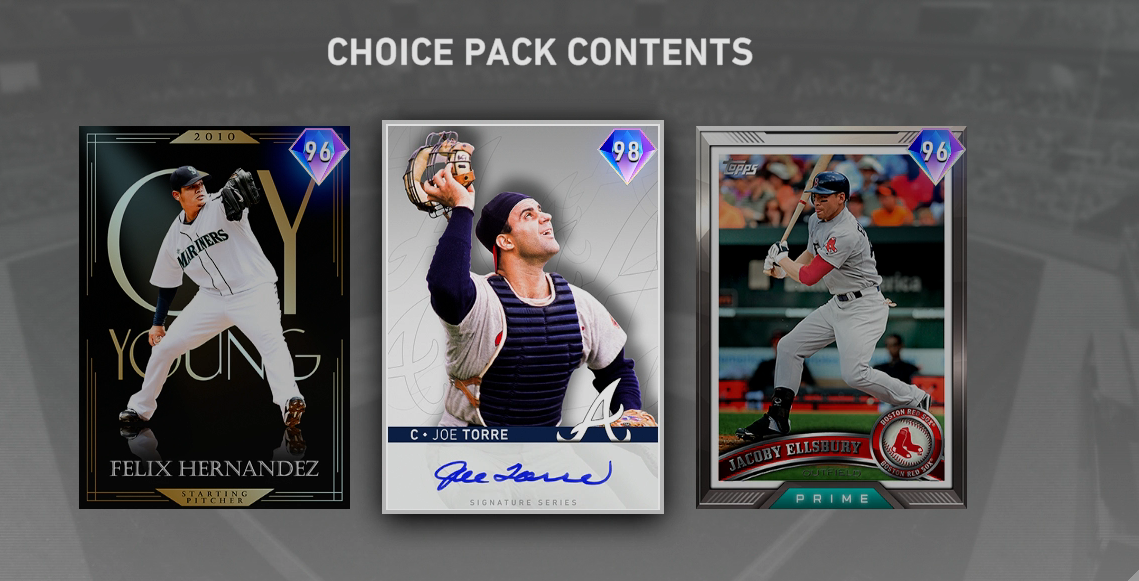 The 3rd Inning Program has come and gone, so now we get the 4th Inning Program for MLB The Show 20. The top player rewards will remain at 300 stars, but this time we get the return of a more extended “bonus” rewards for getting to 300 stars and beyond. The 300 star rewards will be Cy Young Award Winner Felix Hernandez, Signature Series Joe Torre and Prime Jacoby Ellsbury. King Felix will be the prize for many, and that should be a surprise to no one.

With those rewards and more in mind, here’s your 4th Inning Program guide and breakdown. This guide will change and update as more content is released.

The entry fee is 500 stubs as usual. The Final Showdown in my test run was against the Cy Young Award Winner Felix Hernandez. You will be on All-Star difficulty for this final Showdown, so some might need to psyche themselves up before playing this.

Winning this Showdown will net you +70 program stars. Along the way, the same reward structure is in place as other Inning Program Showdowns, so you basically break even by getting past the first mini Showdown. You’ll get a silver player pack and a gold player pack as rewards along the way as well. 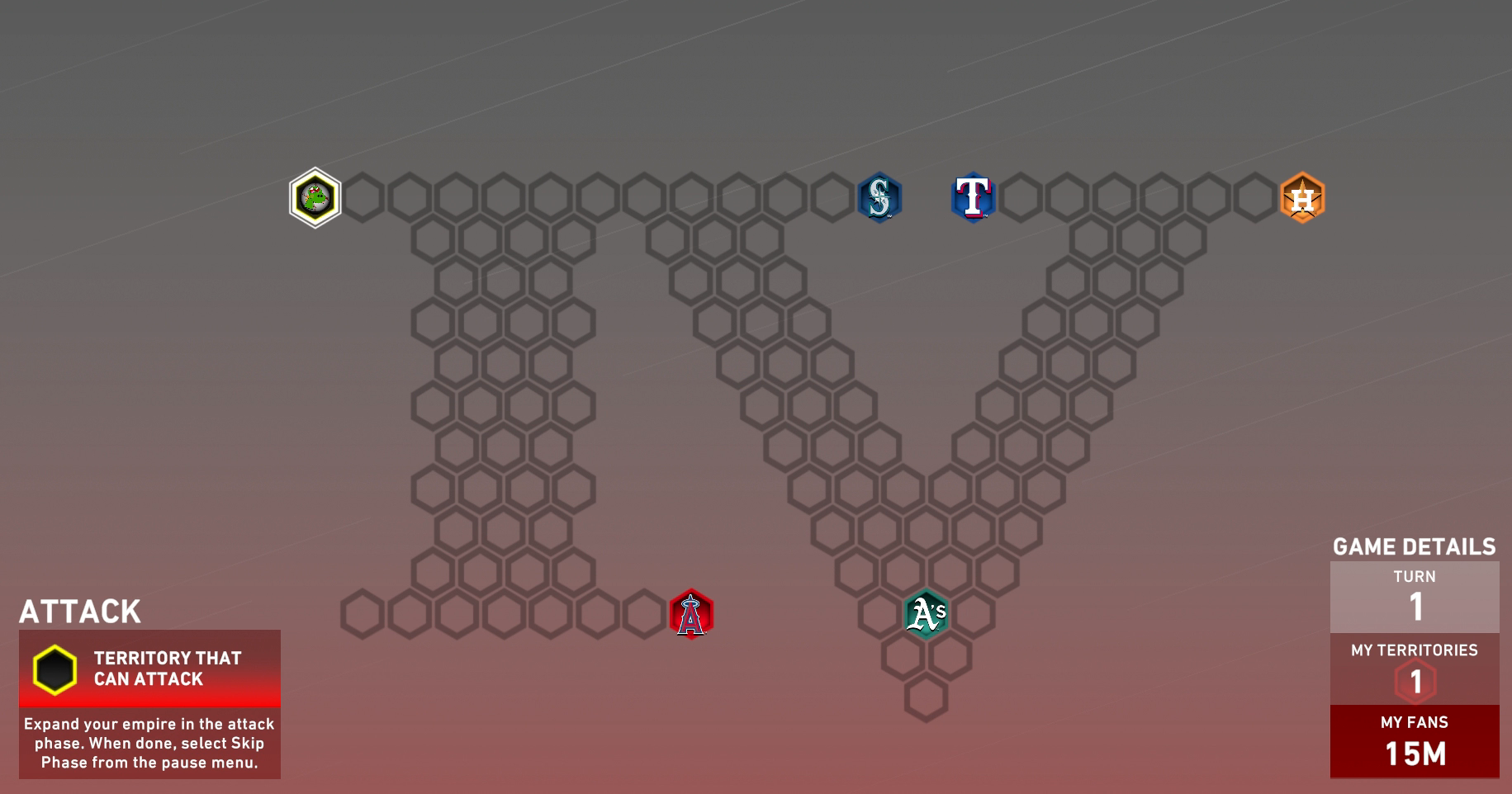 This is a smaller Conquest map than last month’s 3rd Inning map, so it should go a little more quickly with only five strongholds to conquer (the AL West teams). The one goal to be aware of is you will need to take the Mariners stronghold in two turns or less. If you don’t do that during one of your runs on this map, you can’t ever finish the missions and get the +30 program stars.

There will certainly be secretes along the way, and you get a Ballin’ Is A Habit pack for conquering all the territories. 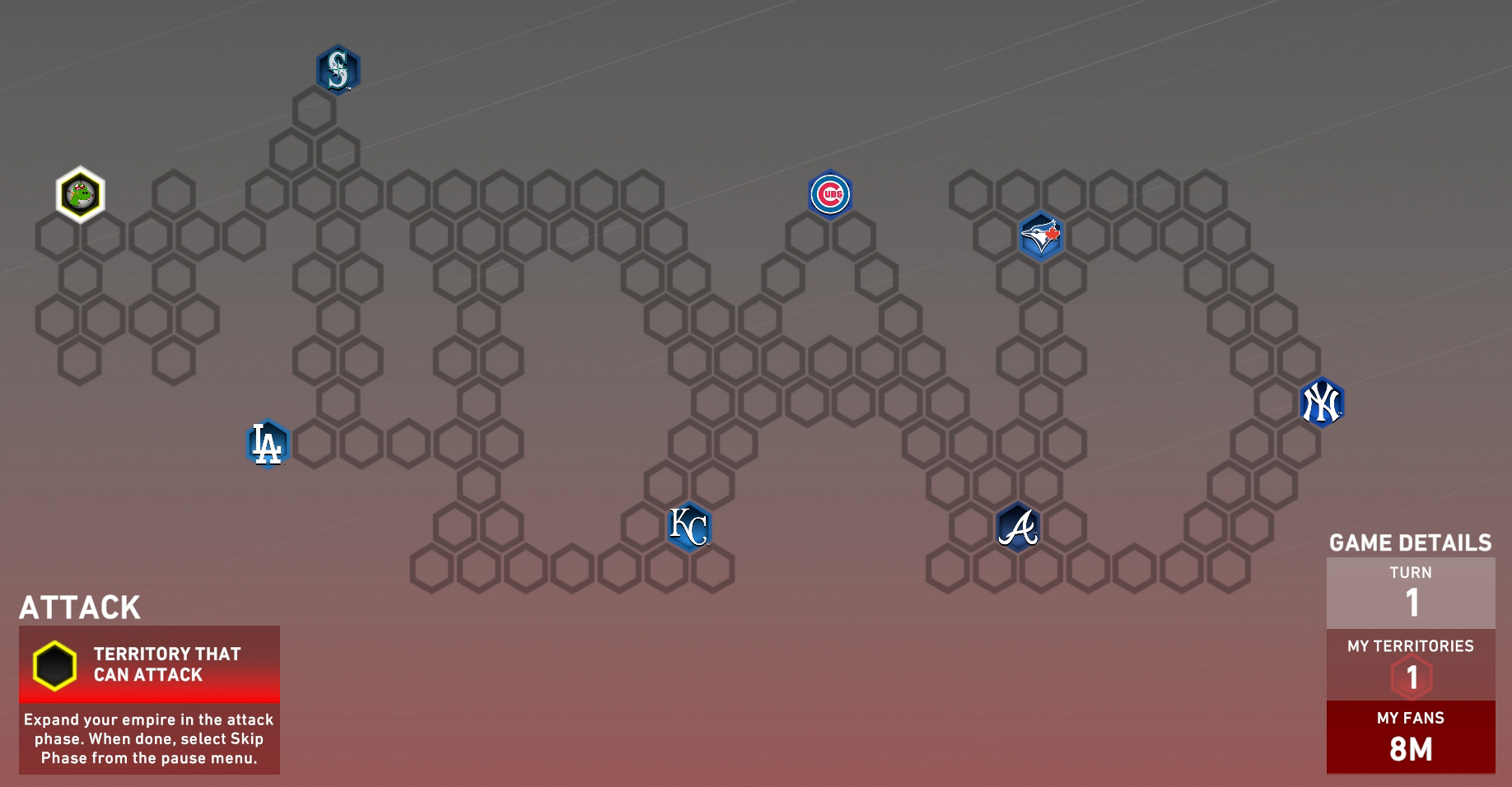 This map will net you 15 points in the 4th Inning Program.

We have the two standard online missions so far, with the third bonus mission being switched out as usual. The other missions that are added will all be tied to new players released.

The first set of Moments are tied to the All-Star Omar Vizquel card. 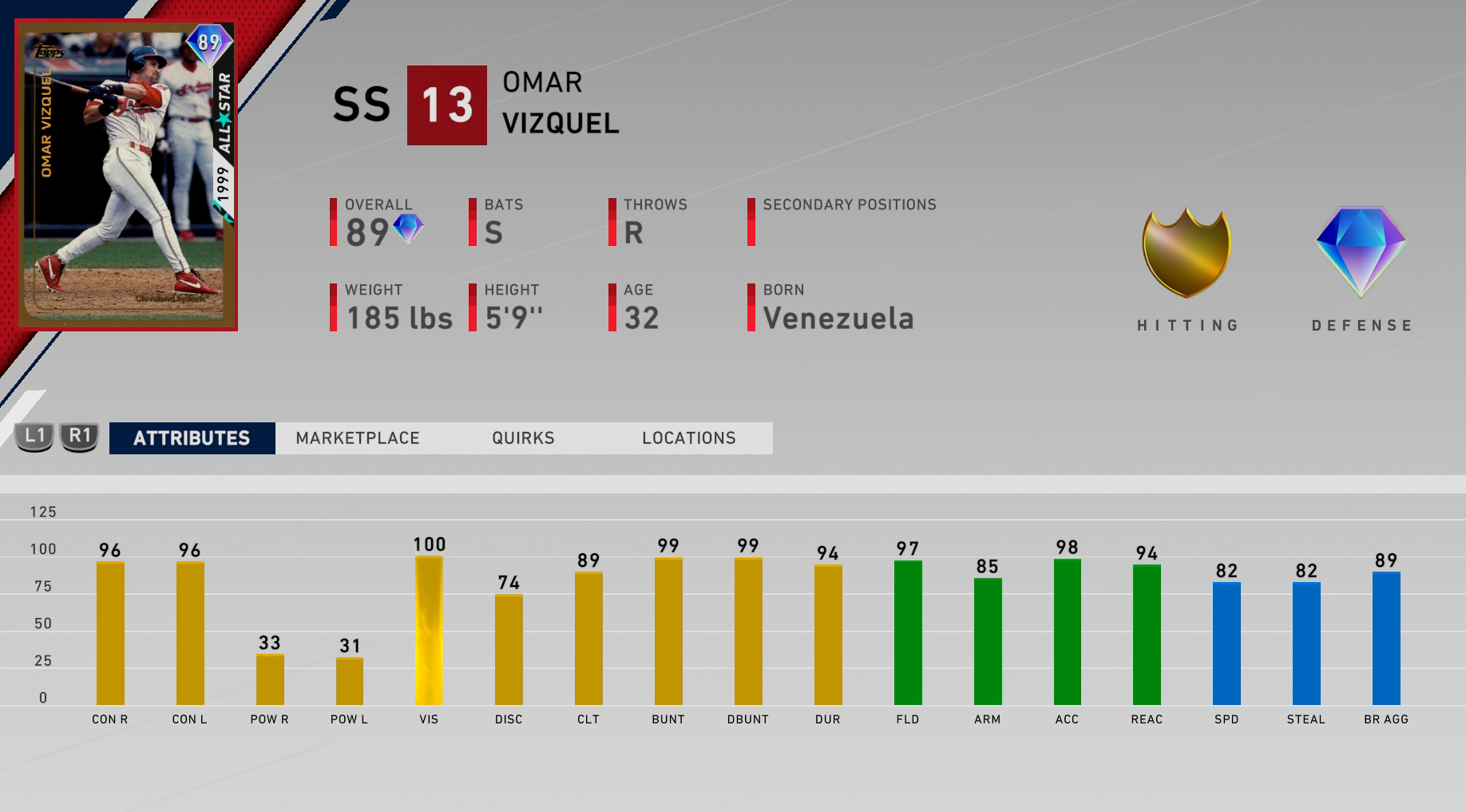 The second set of Moments are tied to the Rookie Honus Wagner card. 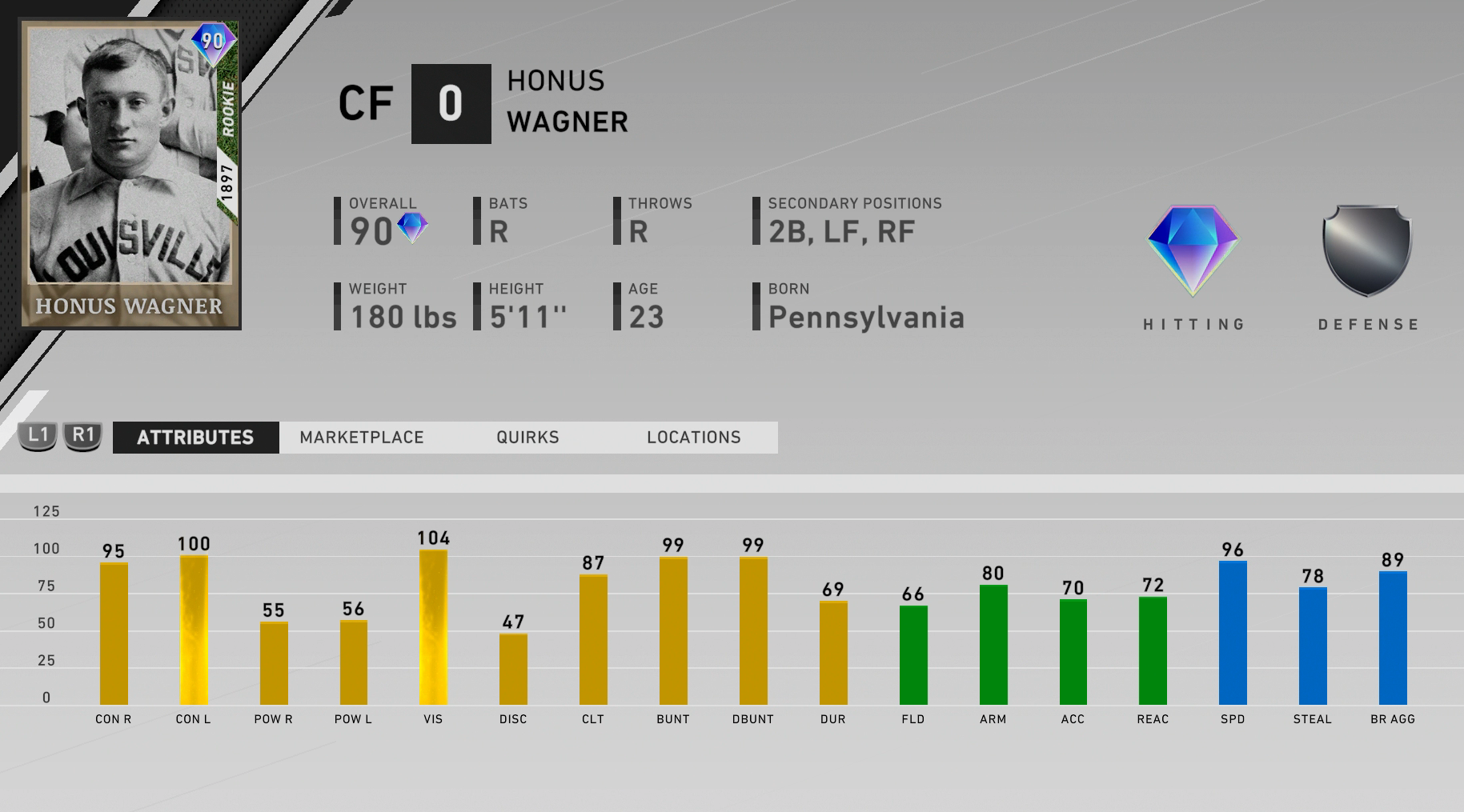 The third set of Moments are tied to the Prime Ken Griffey Sr. card. 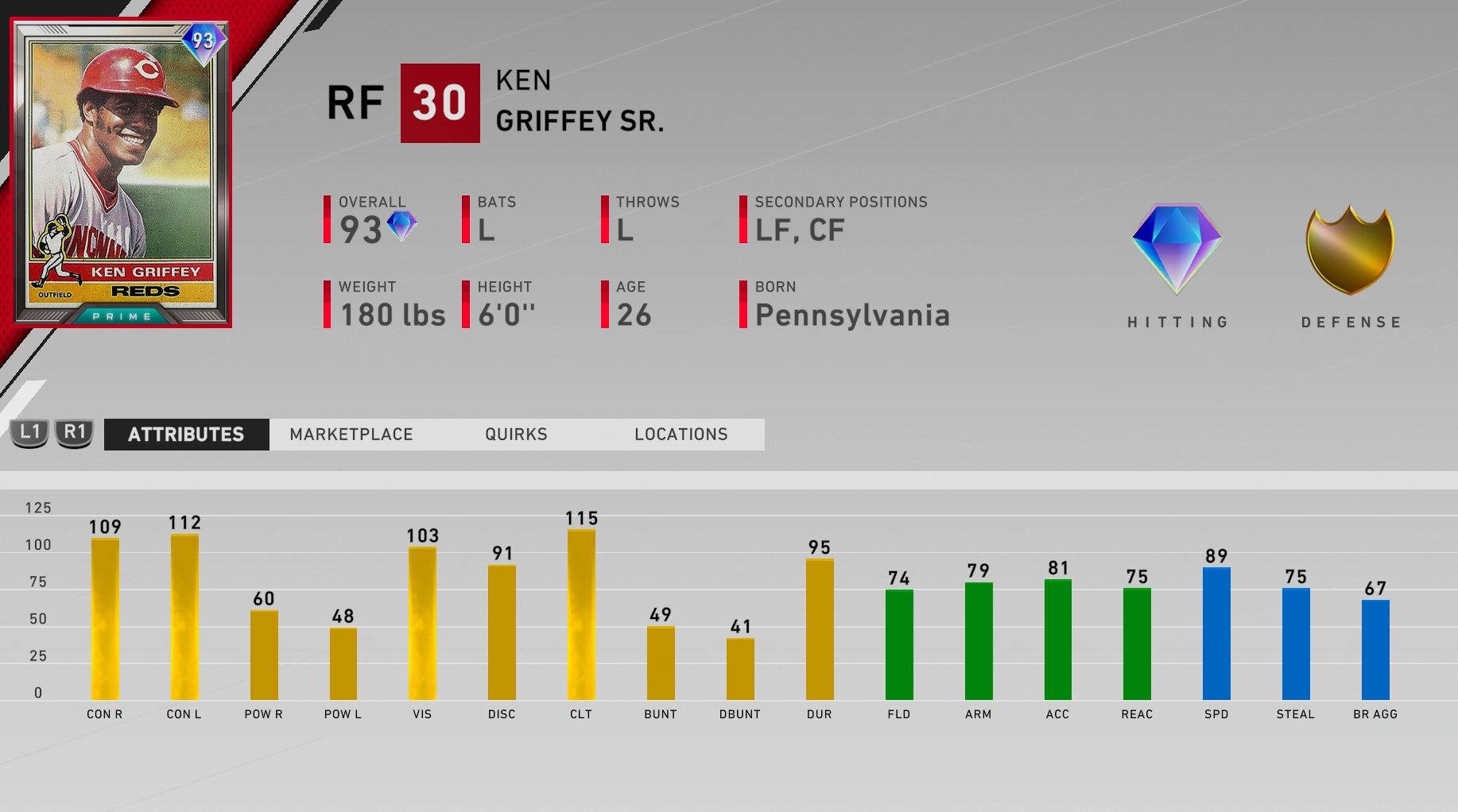 Here are the three mini-bosses at 150 program stars in the 4th Inning Program:

This program in total goes up to 900 stars, so that’s 300 more stars than the 3rd Inning Program.

At launch, you can get 240 program stars (excluding dailies) which has also become the standard total on day one.