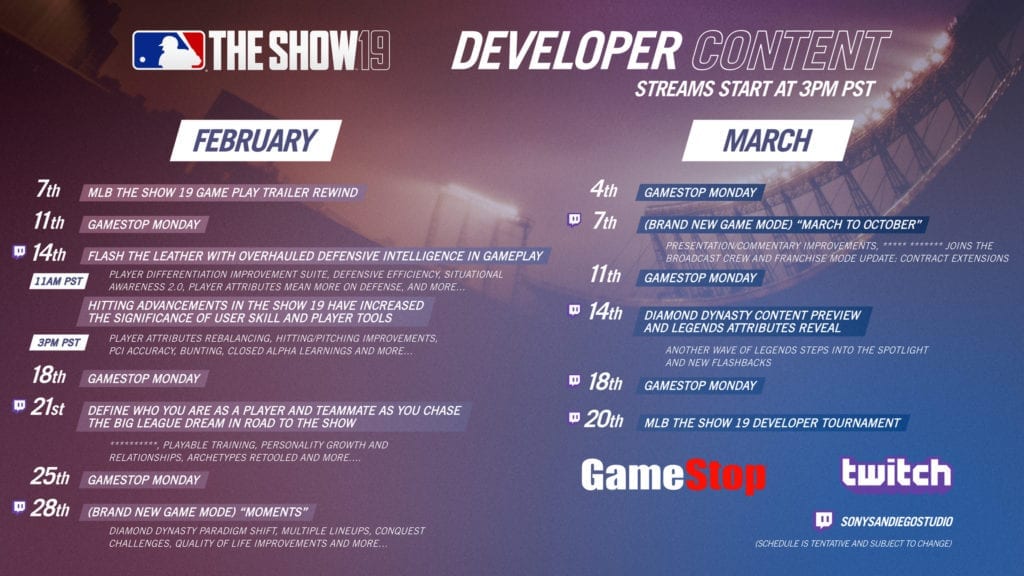 MLB The Show 19 developer Twitch streams will begin on February 7 and run through March 20. Every Monday, until release, will feature a GameStop Monday video.

Topics of note include an overhauled defensive intelligence to gameplay.

Hitting advancements in The Show 19 have increased the significance of user skill and player tools.

Chase the Big League Dream in Road to the Show

Check out the full schedule below. If you missed the gameplay trailer for MLB The Show 19, you can watch it here.