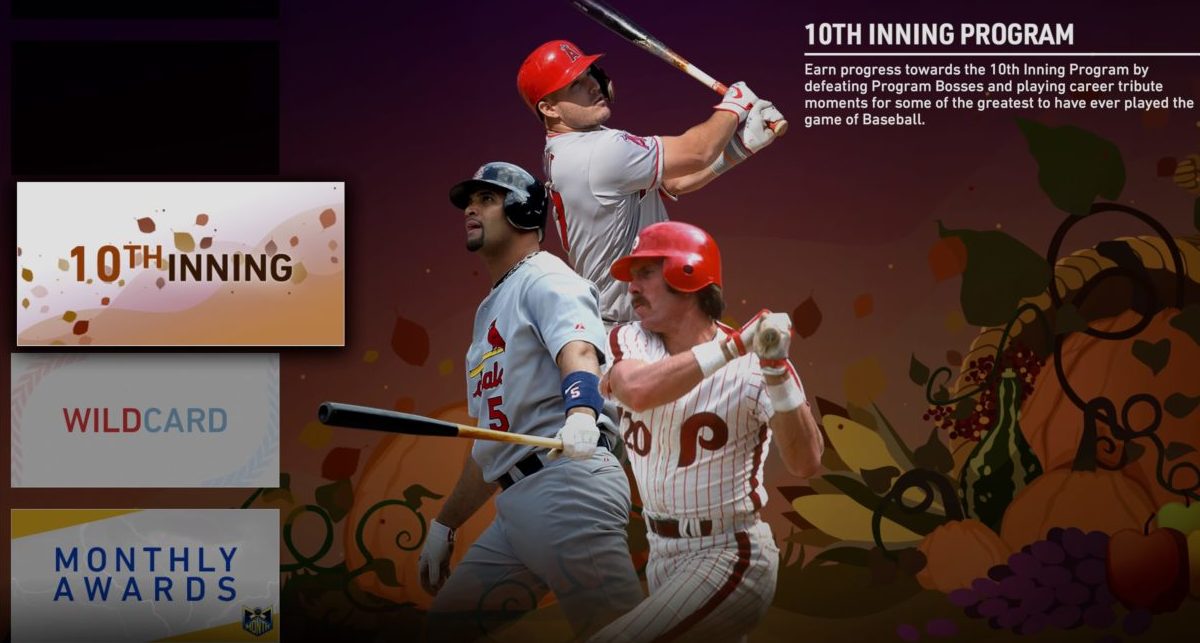 So we’ve known we’re getting Ichiro on Wednesday, but Sony San Diego gave a little extra to us today and showed off Ichiro’s ratings:

So what you will get from this Signature Series Ichiro is a more well-rounded hitter, with some boosted power and the same elite baserunning and defense. He doesn’t get 99 speed, which some maybe wanted, but he’s already so fast out of the box that it would just be even more cruel to give him that upgrade. I also feel like he steals every base as is in his Hardware form, so he really doesn’t need more help on the basepaths or getting out of the box. This card is already going to suck to get out, no need to make it even worse.

But how will we get this card? Good question. I originally thought maybe a 12-0 Battle Royale reward, but since we just got a Jimmie Foxx in there, that seems less likely. When looking at the road map of content, it makes things perhaps a little more obvious how we could maybe get Ichiro:

Will Ichiro just be tied to the 10th Inning Tribute Moments that are slated for tomorrow? It seems possible, and maybe some people are exhausted by the grind of Moments, but if Ichiro is the reward it might reinvigorate some. There’s one other potential option and that has to do with the Stars of the 10th Inning Program itself:

We already have a 600 Star reward, but maybe Ichiro gets added as a potential option as well. Or, perhaps there’s a new 700 Star reward that’s added. After all, we know we will be getting 1,000 Stars in the 11th Inning Program. Most likely it’s simply going to be tied to these upcoming Moments being released tomorrow, but the developers do have options here as the reward is an amazing endgame card.