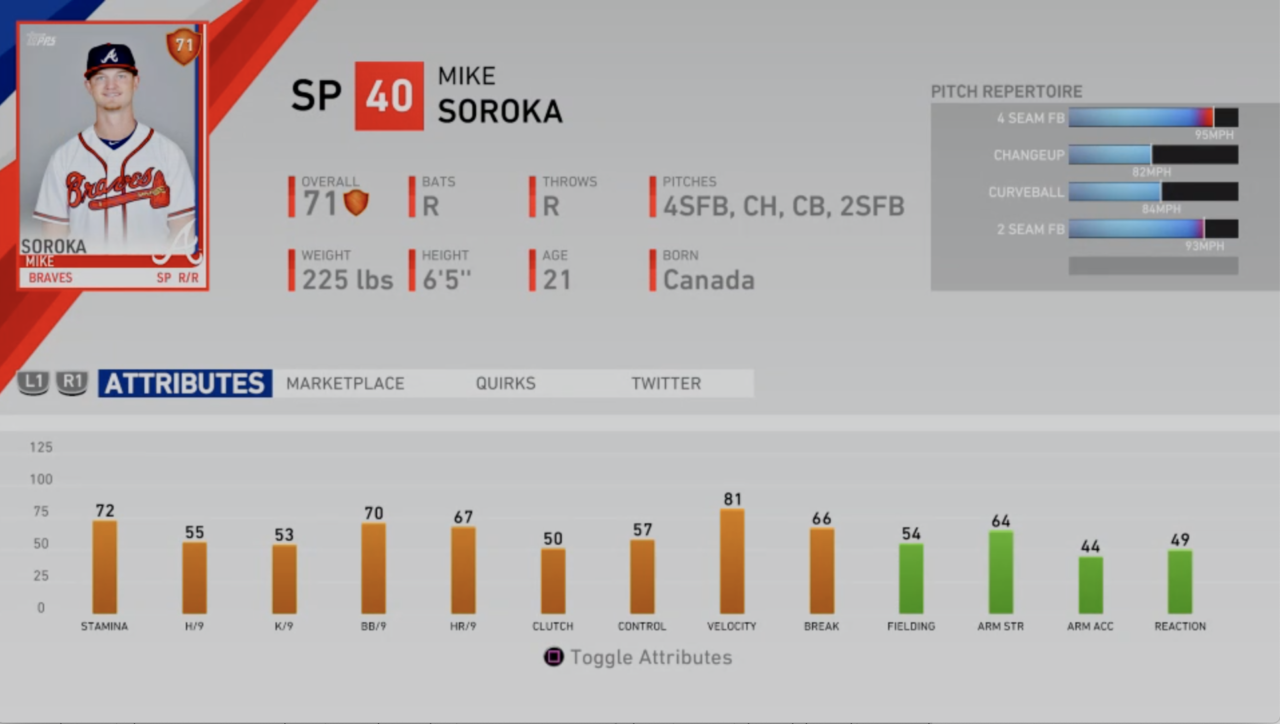 Every other Friday, San Diego Studio pumps out a new batch of content for Diamond Dynasty, highlighted by a roster update altering the ratings of player cards in MLB The Show 19. Diamond Dynasty players have become accustomed to investing in players they believe are in for a ratings bump in the hopes of flipping those cards after the update for major Stub gains.

Because of the current Stubs sale going on, the Community Market is heavily inflated and folks are spending like crazy, so this week is going to be a great opportunity for investors to truly cash in.

Two weeks ago, I hit 50 percent of my picks (three out of six). Let’s shoot for a better ratio this week.

I’m breaking my own rule here (as I will again later). I generally stay away from repeating the same player back to back in recent weeks, but when the alley is there, you throw down an oop.

Before the roster update two weeks ago, Soroka had a 1.65 ERA. Believe it or not, it just keeps falling. Now a 1.38 ERA, Soroka just finished up an eight inning affair with Detroit where he gave up just three hits (and as of this writing he has a game against the Pirates before Friday as well). The Tigers are not some daunting offense by any means, but they’re a professional baseball team and this kid just keeps closing up shop time in and time out.

The real compelling case for Soroka comes when comparing him to Padres stud rookie Chris Paddack. Soroka has better numbers than Paddack in a bevy of categories, but Paddack currently owns a 78 overall rating — comfortably a silver player. Soroka deserves similar treatment and should see his H/9 and HR/9 shoot up this week.

Odorizzi has been the anchor on a surprisingly strong Twins rotation and should be held in a higher regard.

Odorizzi has seen marked improvements in several categories from a year ago, including his K%, FB/HR%, his BB% and his WHIP. Because of that, he’s having a bit of a breakout campaign. The most telling statistic is the BB/9 that have dropped from 3.8 to 2.8 this year. A 57 rating in Diamond Dynasty is far too low and should get a +8 bump to 65. This, coupled with some smaller jumps in other categories, should vault Odorizzi to the gold he truly is, and a more appropriate ace status for his AL-demolishing Minnesota Twins.

Again, I hate to do it, but we’re doubling down on two weeks ago.

Morton has now dropped his ERA 1.03 points this season from 3.13 last season to 2.10 this year. His FIP, a statistic used to measure a pitcher’s ability to single-handedly dictate the outcome of a game, has dropped almost identically from 3.59 to 2.67. His K% is also up this year from 10.83 to 11.49. Finally, he’s the ONLY starting pitcher in baseball with 12 starts and ZERO home runs allowed (which is totally unsustainable, for the record).

Morton has been a key piece to one of the more daunting rotations in baseball and deserves to be showcased as such. A +15 bump to 80 in HR/9, as well as a +6 bump in K/9 and H/9 would surely get Morton the acclaim he deserves. 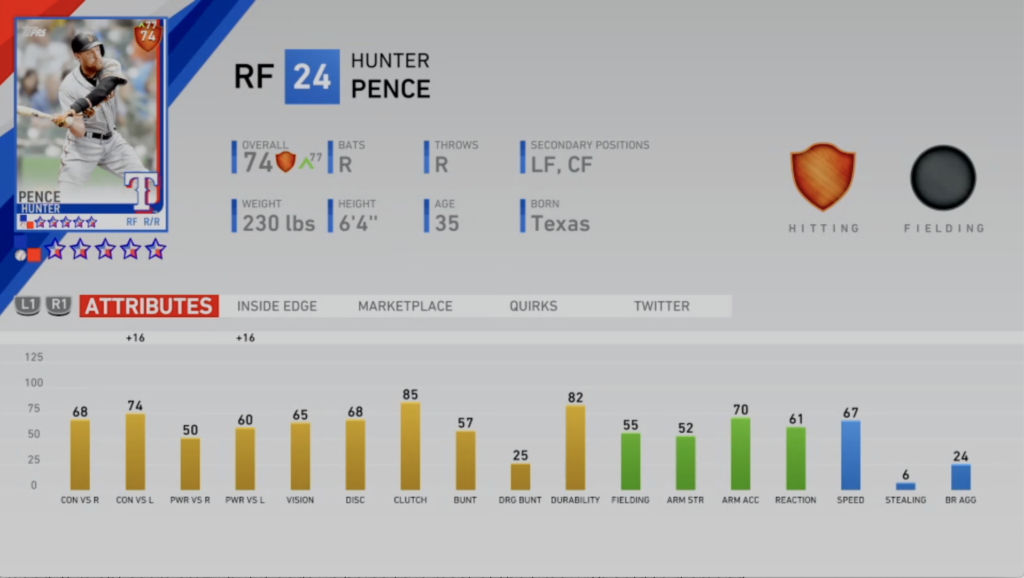 Sporting a ..284/.345/.585 slash line with 14 home runs, Pence has outperformed even the most lofty expectations this season. Pence has not hit 20 home runs since 2014, but after completely re-crafting his swing in winter ball, he’s suddenly on pace for 45 home runs this season. He’s never even hit 30 in a single season.

Any way you shake it, Hunter Pence has been worthy of silver designation this season, if not more. Pence should see significant gains in CON vs. R, CON v L, PWR vs. R, and vision in this next update, good for silver status.

Do the dang thing, SDS.

Escobar has been on a tear in 2019. He’s absolutely demolishing left-handed pitchers to the tune of a .378 with an .889 slugging percentage. His Inside Edge in recent weeks has been insanely high, suggesting a change may in the cards.

I would suspect a +12 CON vs. L and a +8 PWR vs. L, bumping this incredibly useful utility card into a legitimate Diamond Dynasty option off the bench.

To be fair, I’d like to think Ronald Acuña Jr. would be my pick here, but SDS has been very reluctant to move defensive ratings at any point mid-year. In the past, they’ve made some adjustments around the all-star break, and because of that precedent, I’m staying away from him for now.

That being said, Acuña remains one of the easiest flips for serious Stubs in the game. Buy his cards for 4,500 Stubs two hours after the roster update and flip him for 8,000 Stubs the day before the next roster update.

Where was I? Trevor Story — that’s right.

Story continues to rake at the plate and the power surge in recent weeks continues to suggest he deserves a diamond gem next to his name. Since May 29, Story is slashing a robust .360/.418/.660 slash with 10 extra base hits and 9 RBI. He continues to mash the hell out of the ball and his defense is being rated out higher than ever before.

Also, it’s worth mentioning, because I’m a firm believer in not getting in your own way, Story has ground into just one double play in almost 300 plate appearances. Story deserves a bump to his CON vs. R and his PWR vs. R, as well as a decent little bump to his clutch and fielding ratings. I believe he’ll get there this week.