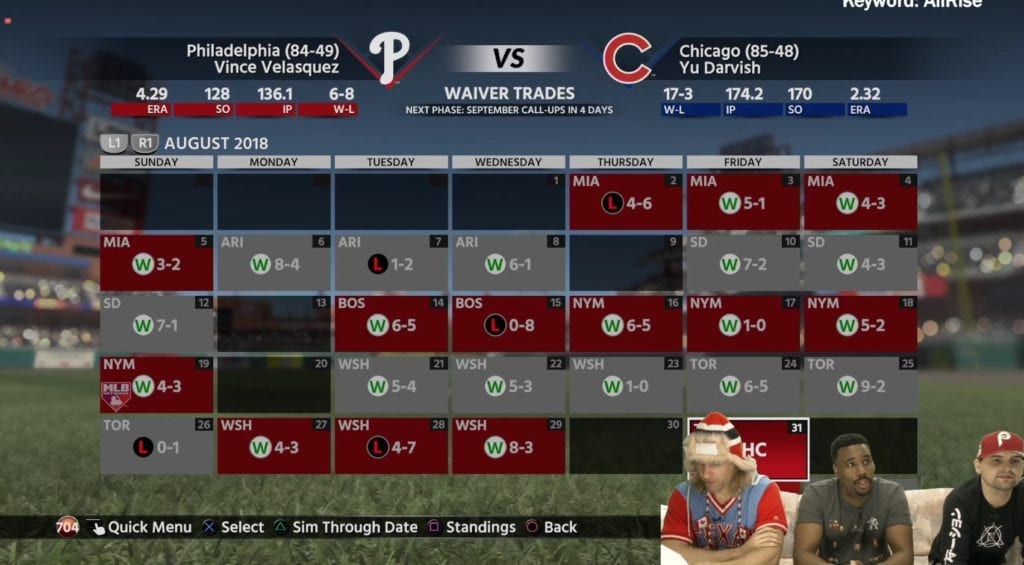 The lovely folks at San Diego Studios graced sports gaming fans everywhere with another Twitch deep dive Thursday night. Franchise Mode was the topic du jour, and viewers were guided through a host of changes that focused on cleaning up the clutter and making the popular mode a breeze to navigate. For your quick reference and convenience, below are bullet points highlighting discussed updates from the almost two-hour stream.

The team reiterated how they value and appreciate fan feedback. Additionally, they clarified multiple times that this is not a “dumbing down” of franchise mode, but a streamlined clean-up of a great mode that has seen its fair share of issues. While the mode lacks various desired elements such as a stadium editor, team relocation, and three-team trades, the team clearly addressed a host of pain points that chipped away at previous iterations’ franchise mode. It remains to be seen if San Diego Studios will drop a flashy bombshell surprise, but this year’s under-the-hood improvements go incredibly well with the significant on-field algorithm changes for what looks to be a fundamentally rich baseball experience.