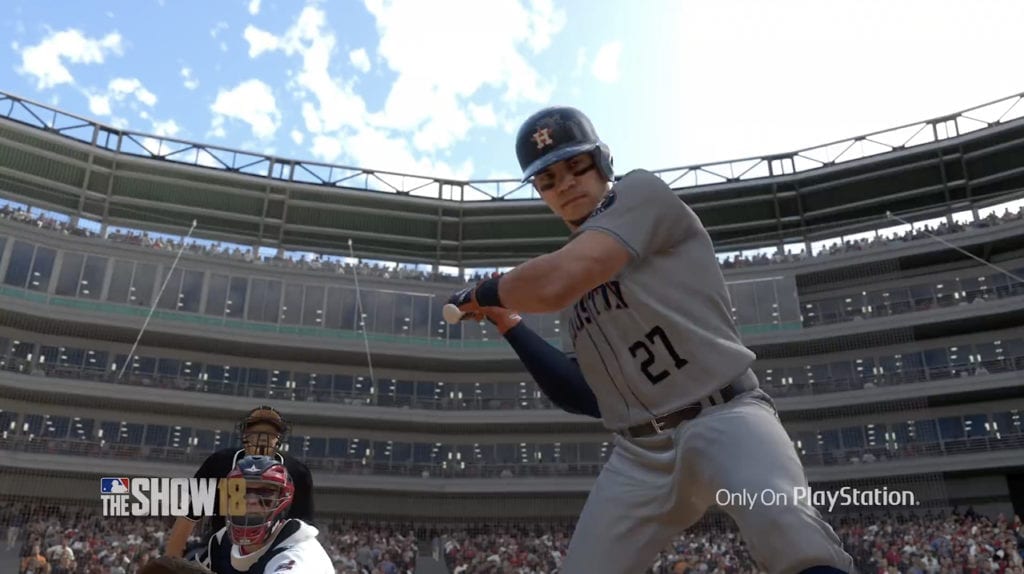 I’m always impressed by how San Diego Studio manages to improve MLB The Show every single year. This year has been no different, albeit it comes with some ups and down as it relates to franchise mode.

I’ve always been, for the most part, a franchise guy in the MLB The Show series. This year, the obvious — or at least loudest — exclusion from The Show 18 is online franchise.

Sure, I get it. SDS announced that online franchise would be removed from the game three weeks before the game’s release (if you preordered it) on its blog on a Friday night after it did a Diamond Dynasty stream. It sucks. But for now it’s time to look at what’s here and leave the online franchise discussion for another day. 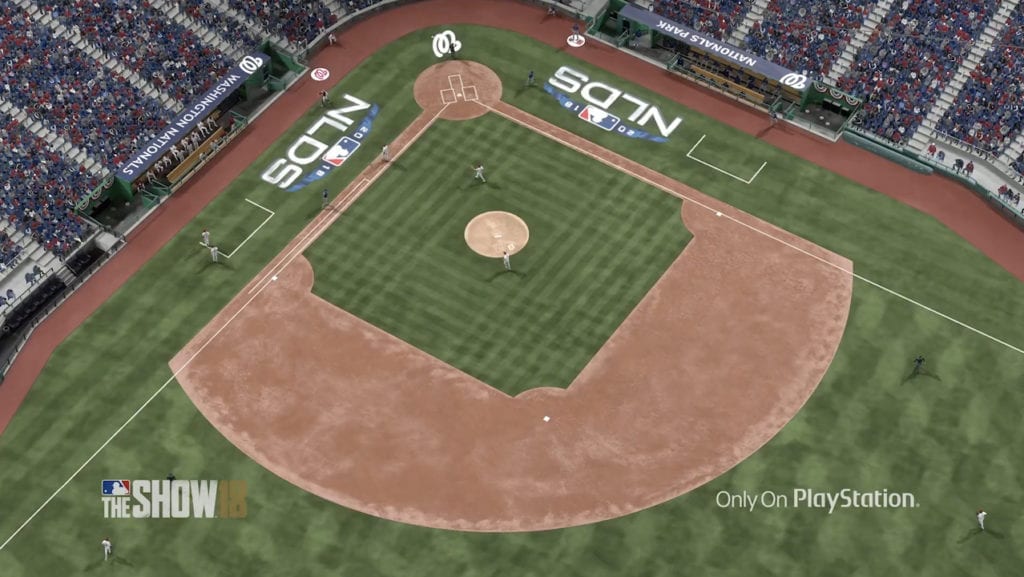 So What Is Here?

Alright, now that I’ve got you here, let me talk you through my early impressions of this year’s franchise mode.

Once you boot up franchise and select your team, there’s the usual screen that lets you toggle on and off things like GM contracts, fantasy draft, legend free agents, force trades, etc.

Then there’s the capabilities screen, where you can set things like lineups, rotations, scouting and free agency to auto manage or perform manually. Just like last year, all of this can be toggled between auto and manual at any point after booting up franchise mode.

Under the home tab on game days there’s a big panel on the left that shows animated pitchers that are scheduled to start on the mound for the day’s game, with some other things like team records, pitcher records, ERAs, and who’s leading the series (if it’s not game one).

The top right small panel leads you to the calendar, but the bottom right panel is the main element here. It features a to-do list with, well, things that need doing. There’s the top option, which is playing the next game, then some things like scouting, sponsorships and setting the trade block.

But the bottom option of this menu is the biggest difference here, and something new this year. SDS introduced phases this year, splitting the season up in to parts, including draft day, All-Star week, trade deadline prep, the non-waiver trade deadline, September call-ups and, finally, the postseason.

It’s sort of minor in the grand scheme of things, but this feature is cool for both new and veteran fans of the sport. It allows new people to learn what the season’s rough timeline is, and the more hardcore franchise players can more quickly churn and burn through seasons. 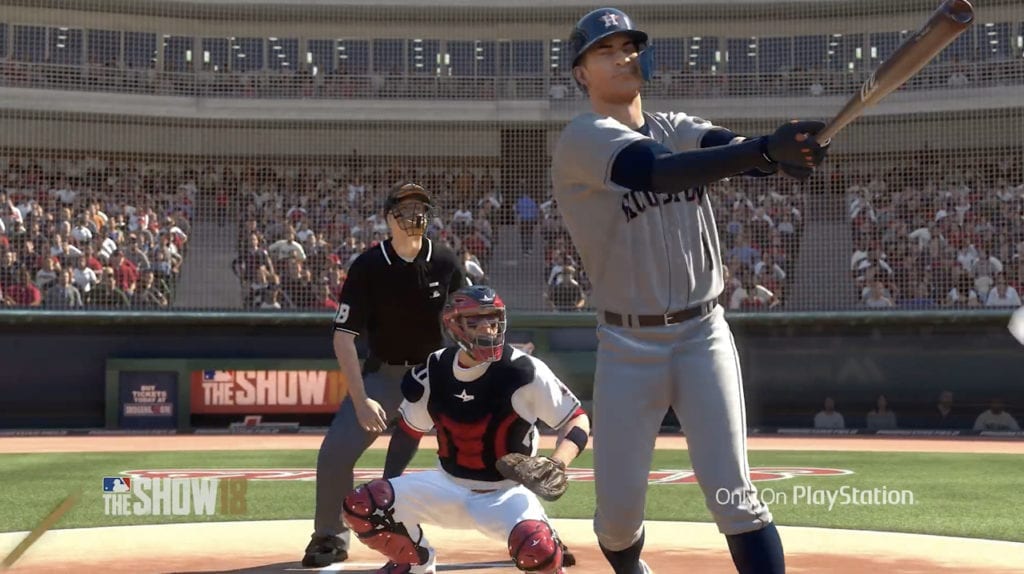 Trades can be very whacky. For instance, in the White Sox sim that I operated while writing this (with custom rosters) I had everything set to auto for time’s sake. Just before the trade deadline we traded Yoan Moncada for Amed Rosario, Derrick Randolph and Jackie Ortega. At the time of the trade, Randolph and Rosario were A-potential players younger than 23 and overalls less than 75. Ortega was 19 with a C potential. Sure, not a terrible trade. The White Sox are at least two years away from competing with the Indians and Twins.

But, just a few days earlier the defending champion Houston Astros traded Dallas Keuchel, the team’s only starting pitcher over 82 overall (Justin Verlander declined to a 79), to the Reds for Billy Hamilton. He joined an outfield that included Marwin Gonzalez, George Springer, Josh Reddick and Jake Marisnick. This just doesn’t really make sense.

Then there’s scouting. I’m honestly not as experienced in this regard because I spent all year in The Show 17 on auto-scout. However, I’ve learned early on it’s extremely fun and challenging, especially when you find a player you end up drafting in the second round that winds up with a potential in the 90s but was passed up on because of his low durability.

The last big thing I’ve noticed early on is something yearly The Show franchisers should notice: free agency chaos. Offering a big free agent a mega deal can still lead to your offer going away the next day while being tied to a message that says “you can no longer afford this contract.”

There’s seemingly no rhyme or reason for it; but with the massive free agent class coming up after the season (in the handful of franchises I’ve played/simmed through a full season so far, Bryce Harper and Manny Machado have been available every single time, plus Josh Donaldson and Paul Goldschmidt occasionally being available), this is an issue that can be a massive pain for franchise players. 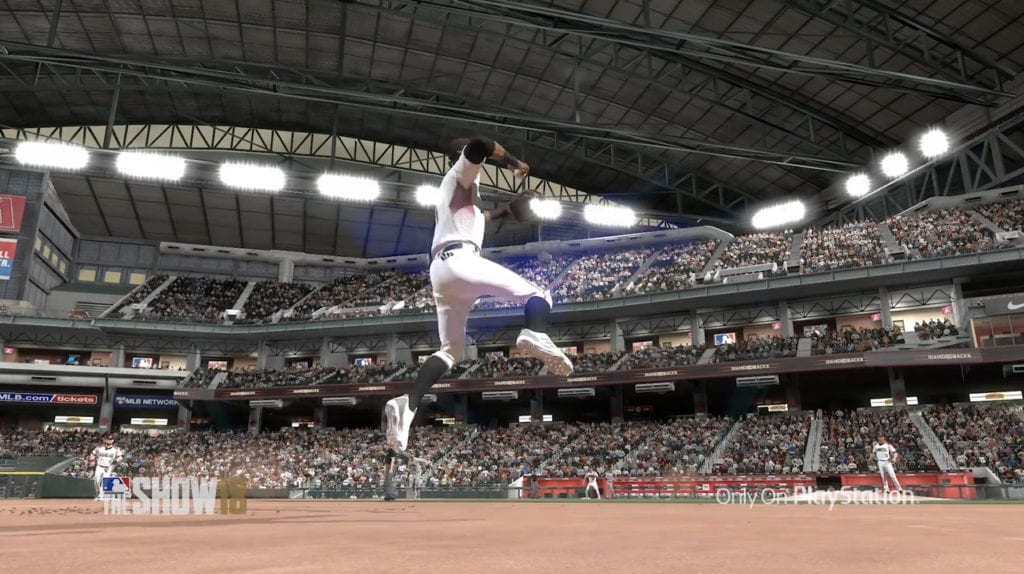 Overall, SDS has found ways to make franchise mode better, but it comes with some of the usual issues. There’s a “maybe they shouldn’t have spent so much time putting Retro Mode into franchise” joke to be made here if you want to make it, but I won’t do it. Its an incremental step up for sure, but one that has some meaningful additions to enjoy with some imperfections along the way.

At the end of the day, sports games are RPGs and MLB The Show 18’s franchise mode is what you want to make out of it.