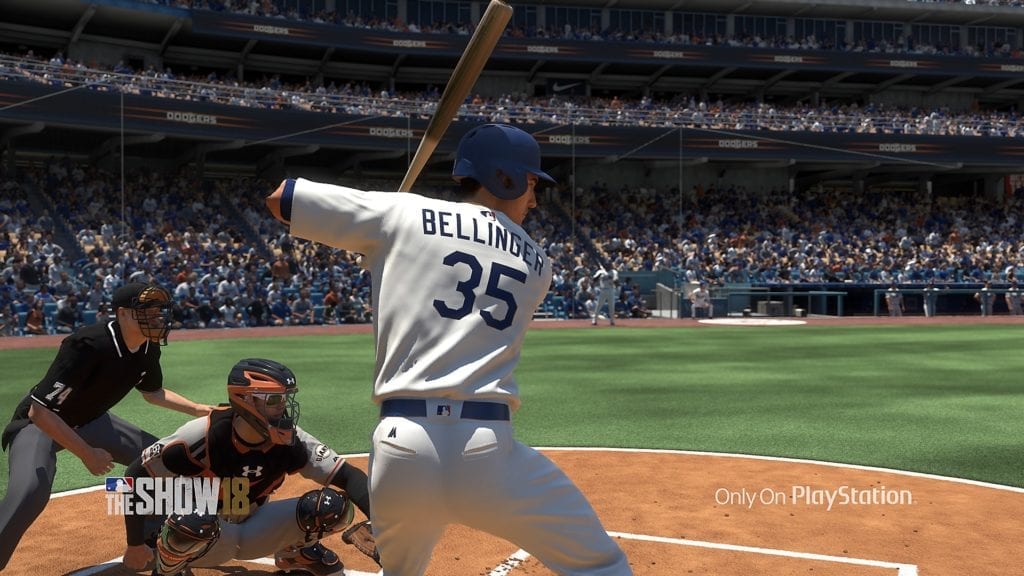 Well here’s a couple of more from both Kevin Scott and Chris Sanner, talking about the first day with Sony’s newest MLB Sim.

I’d have to say that the biggest thing to get used to is the fielding. You no longer see every single shortstop blessed with the ability to make an incredible play in the hole and then jump throw a perfect laser over to first in time to get the runner. This year, for better or worse, fielders feel a little more human.

That means having elite fielders actually matters now. If you stick sub-par guys out there, they will be slower to get to the ball and sometimes they’ll actually make some errors once they do. It’s become more of a challenge to maneuver infielders towards a grounder while trying to pre-load a throw to nail a speedy runner at first and that’s exactly as it should be. Part of making a realistic baseball video game is acknowledging that good defense is valuable.

But are there frustrating moments where outfielders will allow a single to turn into a triple because they aren’t able to cut off a ball and it rolls under their glove and all the way to the wall? Sure! But these have been pretty rare for me once I’ve plugged in good fielders and I trust that patches in the near future will eliminate some of the more egregious instances of this happening.

I know that having fielders with realistic deficiencies might not seem like the most earth-shattering feature for a baseball game (after all, who wants their players to make more mistakes?) but it helps highlight an important baseball skill that has felt underrepresented until now in The Show. 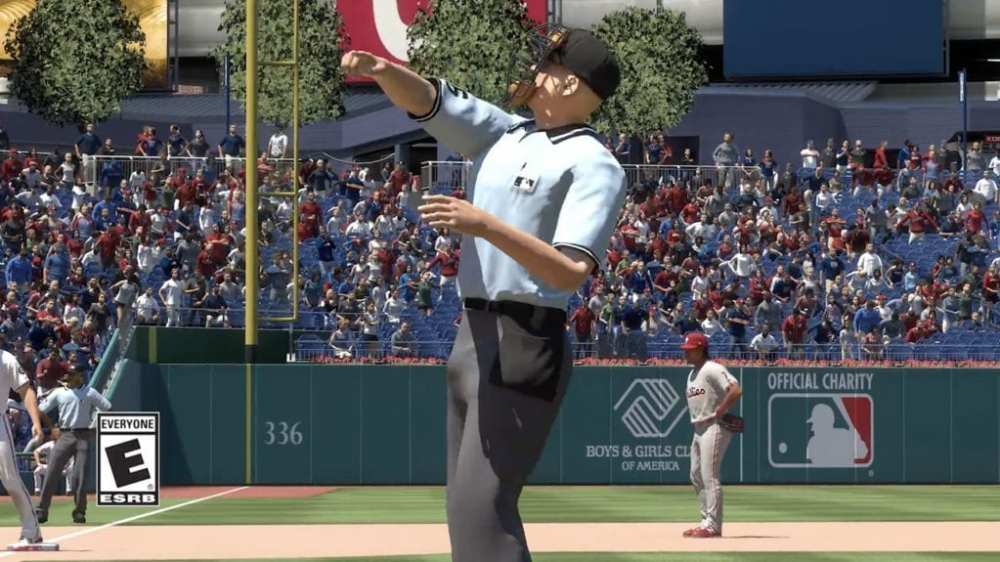 Let me +1 what Kevin said about the fielding. Some people are inevitably going to be upset by it I’m sure, but it certainly is a step into more realism.

Everything else seems very familiar (even the fielding really does in many ways) — which is a great compliment to Sony’s continued steady hand in managing this franchise. That does mean if you are looking for major innovations from year to year, you probably are going to feel underwhelmed any given year.

Everything about the experience this year seems more refined and designed to both ease you into the game but also provide some valuable feedback on what you are doing. The hit timing feedback is a nice addition, as one example.

The tagging animations are much improved, but even watching videos you could pick up on that. But it does make things feel slightly better.

There’s a lot to explore in MLB The Show 18 and in the early stages I think we’re slowly working our way towards having a good, iterative but not revolutionary version of baseball on our hands. But we’ll let Robert’s review have the full, final say on that. 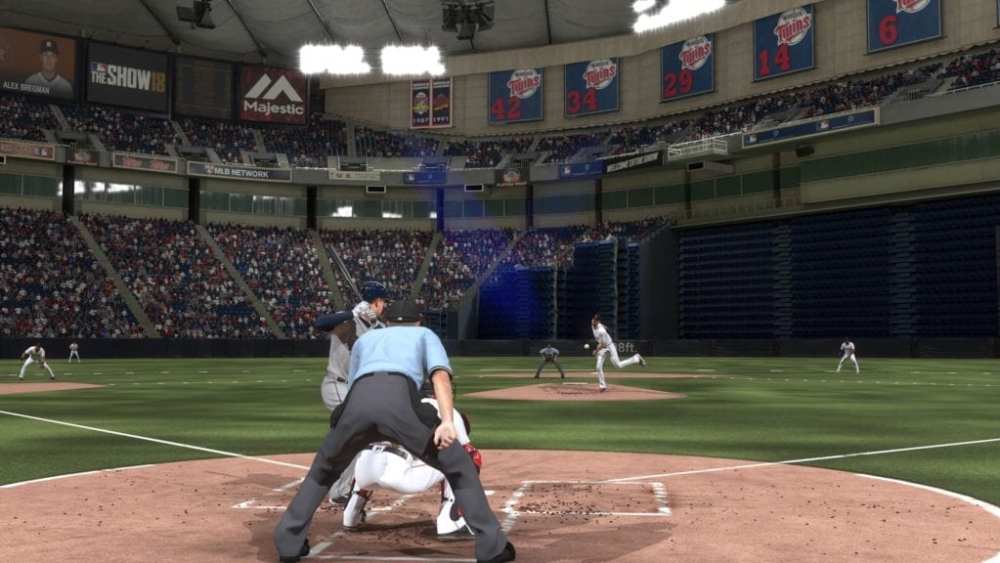 During the run up to launch for MLB The Show, the developers run a stream dedicated to “The Little Things” in the game. That’s what stands out to me the most about The Show this year. A lot of quality of life changes and small improvements have made for a nice leap forward for the baseball experience.

From the new RTTS progression system, to updated minor league stadiums, to the all new interface and introduction of phases in franchise mode, it’s the little things that have made a big difference to me.

On the gameplay front, catchers no longer take forever to get to balls in the dirt and the new tagging system is a welcome change. Batting animations are improved and lend a more weighty look to hitting. The hitting engine seems to have been improved and my spray chart has been more varied as a result.

That being said, I have noticed that less than elite defenders will make some pretty egregious errors and the community at large has had some issues with defense in Diamond Dynasty so far. It remains to be seen if this is a genuine problem or the result of ratings being more important for defense this year. All, in all I’m having a blast with MLB The Show so far this season. The game quite literally delivers as advertised. As Matt said, the aforementioned “Little Things” truly stand out and make the experience complete. SDS promised a host of tweaks to perfecting core gameplay, and they nailed it.

They pitched a revamped tagging system, and suddenly base running is a much more realistic experience. They promised more varied hits, and now my players are ripping pitches into the corner and down the line with a much higher frequency.

Hitting feels much, much, much better in this year’s title and is unequivocally what stands out most to me. I played with Directional/Button hitting for as long as I can remember, but the Plate Coverage Indicator completely changes the game due to how well it actually works with the hitting system.

Correctly timing a pitch in the heart of the PCI is tricky, but it allows for more control and a better overall hitting experience. Last year’s plague of aggressive early count punishment exists but at much less noticeable clip due to the strength of the PCI. It feels realistic.

Batters can time a pitch perfectly but not put the barrel on it or miss it by an inch or two. In 17, that would result in a soft chopper or easy pop-up. But in 18, this is a much more natural (albeit groan-inducing) swinging strike. If you chase a fastball little out of the zone with an elite power hitter but time it perfectly and put it in the heart of the PCI, it results in either a towering home-run or deep fly out at the warning track.

In MLB The Show 17, it would have been an elementary school pop-up in foul territory. As much as fans wanted a revamped franchise mode, there is no denying that the on-field in-game experience is greatly improved and stands as one of the best in recent memory.

It appears that the knee-jerk reaction to MLB The Show 18 is that it is a perfected version of the 2017 iteration while a missed opportunity to expand key modes like franchise mode.

I think that sums it up well, as MLB The Show 17 was an incredible baseball experience plagued by too many small game-breaking issues that added up. But in lieu of a revolutionary or transformative new feature or expansion of franchise mode, SDS has gone to great lengths to correct all of the game-breaking issues to ensure that hitting, base-running, and even fielding are now top quality experiences.

Let us know your thoughts after playing a full day in the comments!

1 Comment
Continue Reading
You may also like...
Related Topics:baseball, mlb, MLB 18, mlb the show, mlb the show 18, spotlight, The Show 18