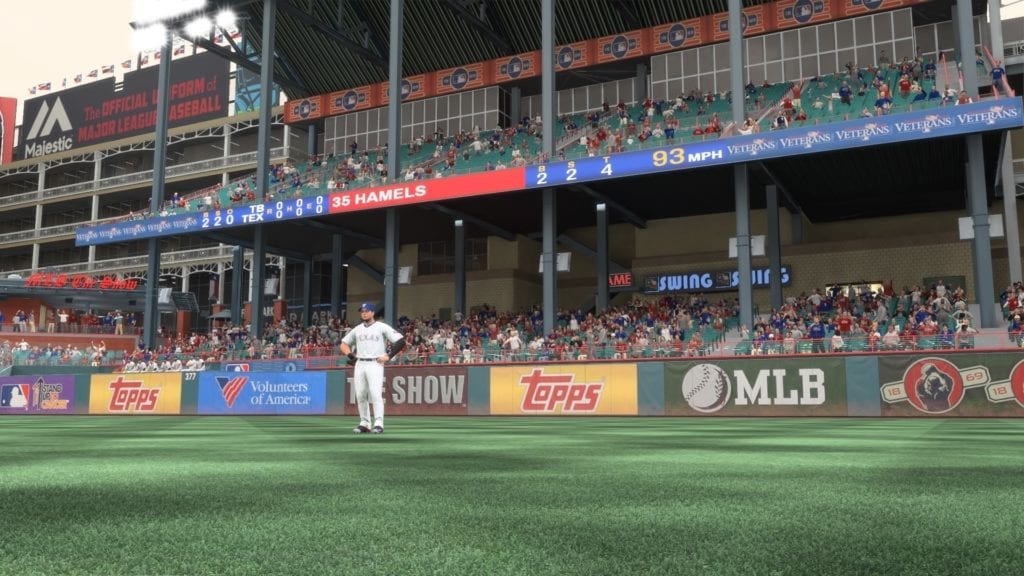 Before getting into modes, let’s discuss gameplay. The Show already has had some of the best sports gameplay coming in to 2016, so it’s not to say that it is not good — it is very good — but from a year-to-year improvement standpoint it didn’t feel a lot different. However, that can sometimes be a good thing as no one really wants a rebuild of the gameplay engine.

Nonetheless, here are some improvements I hope to see with gameplay in 2017:

We saw some new additions to franchise mode such as the new morale system, 20/80 rating scale, deeper stat tracking and more. There were, however, issues with the importing of carryover saves when it came to utilizing the new stat tracking, and it was odd to me that the 20/80 scale was only used for amateur players — not professionals — when the majority of baseball scouting is of professional players in the majors and minors.

There still isn’t much interaction happening within franchise mode, and while the radio show’s enhancements were nice, it seems that in 2017 we should be seeing more in a mode such as this, especially with a morale system in place now. The Show definitely offers more than Madden or NHL in this regard, to which franchise interactivity is nonexistent (NHL) or in menus so mangled (Madden) that it’s not worth the time to decipher.

Here are some improvements I hope to see within franchise mode for 2017:

This mode is a lot of fun, and it is very popular. I’m probably in the minority who miss the days of the all-fictional rosters, but here are some improvements I hope to see within Diamond Dynasty for 2017:

Road to the Show

I didn’t play a ton of Road to the Show, and perhaps I’ve already noted some of the reasons why. With interaction being surface level, and issues with the sim engine, this mode could benefit from upgrades already mentioned. However, if we isolate this mode, it’s always been a really cool concept, and one of the last solo modes worth playing, similar to NBA 2K’s MyPlayer.

Here are some improvements I hope to see within Road to the Show for 2017:

Perhaps this belongs up with Diamond Dynasty or RTTS, but I feel what can push this game over the top and make MLB The Show the best sports offering would be to include a mode such as NHL’s EASHL or NBA 2K’s Pro-Am. Whether we go full 9-on-9 or perhaps 3-on-3 where one player controls OFs, one controls IFs, and one controls P/C, is certainly up for discussion. Maybe both? Regardless, we’re overdue for this mode.

This eSports concept is the type of mode where card trading modes meet with franchise mode. It’s the perfect marriage, and with the proper depth and control (imagine leagues of 9-on-9 of say 10 teams, or leagues of 30 or more teams), we could truly begin to see a simulation of the real life sports we watch on a daily basis in terms of following, or even the recreational leagues we play in ourselves in terms of participation. This is where those two worlds will meet.

The future of sports gaming is in the community-building aspect. We see it already in RPGs and FPSs, and when you look at the followings that real life sports teams garner, there’s no debate that the opportunity is there.

So what are you hoping to see improved for MLB The Show ’17? If we see an eSport offering from Sony in 2017, how would they overcome the challenge of keeping a 9-on-9 mode interesting for folks standing in the OF while a patient hitter works the count full and keeps fouling off pitches to the backstop?