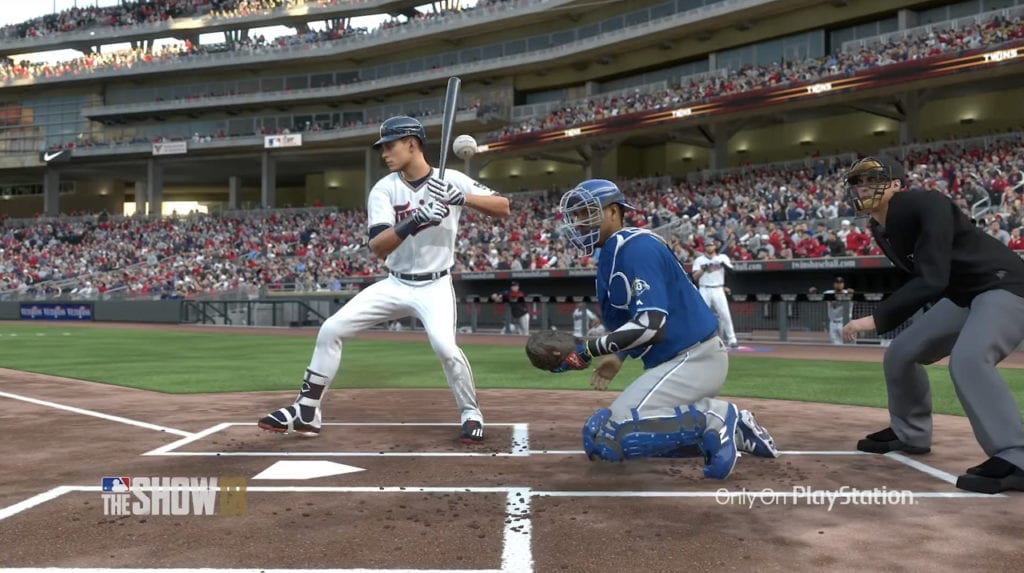 Game Informer has posted some more MLB The Show 18 details, as they had an opportunity to chat with the developers, prior to the release of the trailer. They discuss improved tagging, animations, improved catchers, AI, emotion and much more.

The team talked at length about shoring up exploits in online play, including getting stuck in animations. Although this is just a trailer and not online play in the wild, the team is working to make players smoother and smarter. Hundreds of new animations where added to catchers alone to make them more efficient and react better to dropped balls, and this was done in other areas as well. “There was quite a few exploits you could take advantage of,” says Gill. “We looked at that. We paid attention to that. That was our focus. Aside from that, we [got new] animations in every part of our game. Catches, throws, the fielding more advanced. We work on the logic as well. We don’t just choose one thing each year. We kind of need to keep building at the lower levels to make sure that we don’t turn into spaghetti code. We have to clean it up and we want to be more efficient in everything we do. So if a guy’s running to first base, and they use a throw they shouldn’t use, that’s very frustrating for a user. Things like that have been shored up.”