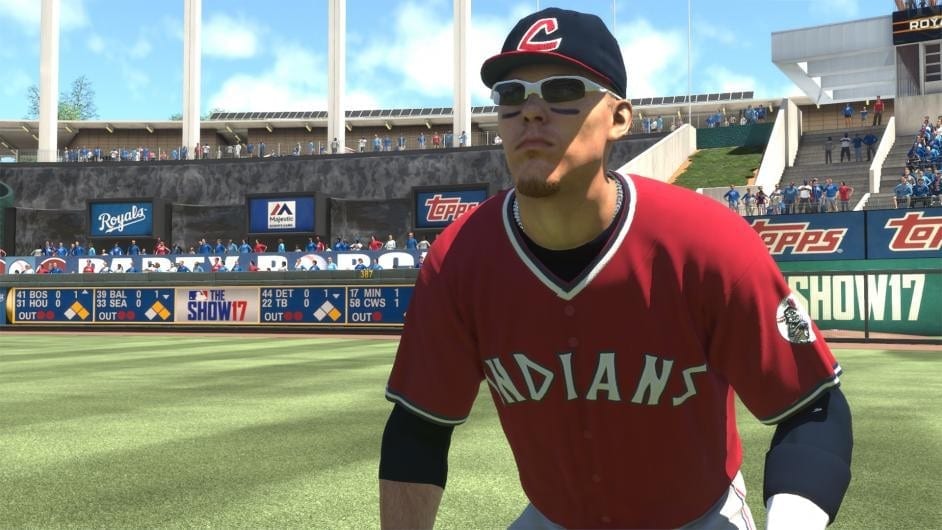 To say the very least, Diamond Dynasty is busy this year (assuming the servers are working). As we have covered previously, the mode has been significantly expanded year-over-year and is, well, pretty overwhelming.

Regardless of pre-order rewards, Stub totals, or returning player bonuses, the best place for overwhelmed newcomers to start is the Chris Archer Rookie Program. Play Vs. CPU games will boost Stubs, acquire stats for other challenges, and chip away at the Chris Archer missions. For example, acquiring Tropicana Field is easy, grabbing a Tampa Bay Rays hexagon in Conquest is (in theory) easy. That being said, after watching the Tampa Bay Rays territory get consumed by the Atlanta Braves and Miami Marlins in my first attempts to complete this hexagon mission, I started Conquest anew and bolted straight for Tampa Bay. I was actually able to acquire the territory (via sim no less) in only two Conquest games, which was a significantly easier departure from previous attempts.

In terms of the most recent Rookie Program, the Chipper Jones Rookie Program has been released and is available to all players. It is centered around Rookie players and, you guessed it, features missions crafted around Chipper Jones’ game. In addition to regular Rookie hit requirements and some missions where you need to play Ranked Seasons games, this program does a good job of mixing in other tasks achievable in any DD mode, such as combining for 4 hits and 1 home run in a single game with only Atlanta Braves players. This is nice to see for those who do not enjoy certain DD modes. After frustration with the complexity of some of the Diamond and Dynasty Program missions, Chipper Jones opens up an entirely new world of possibilities for future programs, especially the Breakout Programs teased within Dynasty. However, there was a bit of delay in stat recording for the Chipper Jones Rookie Program. For example, amid eligible modes, I have fulfilled the 10 walks needed, but only have credit for two.

Regardless, one of the greatest joys in Diamond Dynasty is the ability to tackle and complete multiple missions at once. It was extremely satisfying to drop a handful of Braves players into my lineup for the Chipper Jones 4 hits/1 home run mission, notch my 7 innings and 2 strikeouts with Rookie Zach Greinke, get my final 2 strikeouts with Rick Porcello to complete my Gold Starter Mission, advance a Team Epic, collect my remaining Rookie home runs and stolen bases for the Griffey rookie stats mission, and advance the Chris Archer program all in a single game.

Beyond the missions and programs, new level 50 rewards are available at the ticket counter. Some folks have been disappointed by how little the players have been cycling through the ticket counter, but there’s deals to be had here either way. The new level 50 players include Gold Juan Marichal, who is only 725 tickets, and Gold Orlando Cepeda, who is only 800 tickets. Those are very reasonable prices for guaranteed gold players, and various missions hand out tickets left and right. This could be an interesting avenue to acquire players since many others are seemingly impossible to acquire via Stubs in the market.

The market itself is growing but is still very volatile. Players’ values are leveling out, but following the rush of buy/sell orders is the best way to figure out where the values are. Thankfully, the marketplace trends are updated every hour and are extremely beneficial for those who buy low and sell high. It is very fast-paced — cards are purchased and sold every couple of minutes, making flipping a viable strategy for those looking to increase Stubs. Just make sure to calculate first as the 10 percent tax can be very costly if the spread is not large enough. The deals are there if you take the time to hunt them out, and theshownation.com is your best friend.

One final thing I would like to point out for this update is that it looks like victims of rage quitting do not lose their progress towards their missions. For example, I was coasting through a Ranked Seasons game where through seven innings I had held the other team to one hit while gunning for the Rookie Chris Archer complete game shutout mission. My opponent disconnects in the top of the 8th, but despite my initial fears, I received credit for the Chris Archer Program’s complete game shutout. Upon completing the program and receiving Rookie Chris Archer, an entirely new mission chain opened up for Rookie Chris Archer. I also received Breakout Nathan Eovaldi at the conclusion of the game for earning my 300th strikeout, which was a pleasant surprise altogether.

Those are the kinds of moments that leave me thinking “just when I thought I was out, they pull me back in.”