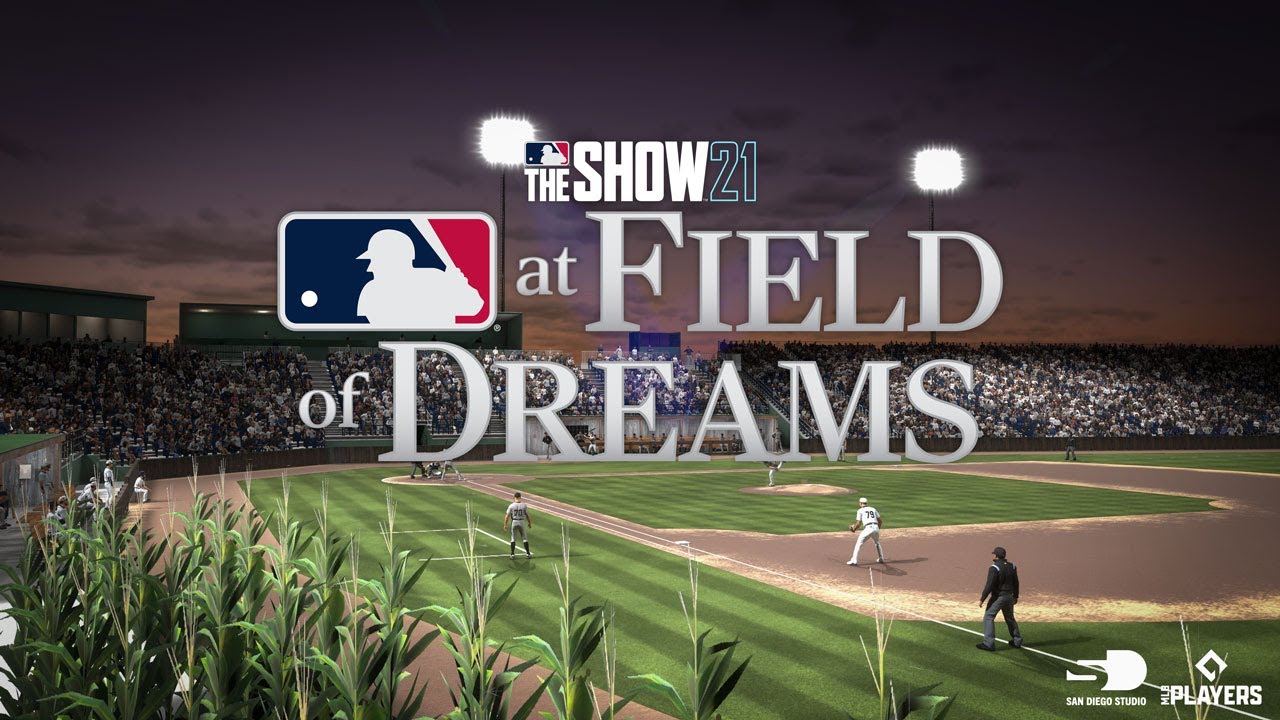 Just in time for the MLB Field of Dreams matchup between the New York Yankees and Chicago White Sox on Thursday, San Diego Studio has announced Field of Dreams stadium will arrive in a free content update tomorrow, August 10.

The team worked closely with MLB to replicate the one-of-a-kind field in Dyersville Iowa and dedicated the entire week for MLB The Show 21 live content.

Recreating the Field of Dreams was no small task for us, and because of that, we needed to be very fluid in our build process. We started listing all the elements in the stadium that would be unique and representative of this famed site, like the corn for example. We were able to start designing the light structure locations, seating area, and general surroundings. One of the more technically important things in stadium is the field dimensions.We then received the first detailed layout of the stadium, which was essential for our teams to begin production. With the bleachers, while we didn’t have exact dimensions available, our team has been designing stadiums for so long, we felt we had a good idea what they would realistically look like.

After designing stadium dimensions, we received the first look at the stadium during construction. With reference material in hand, from here it was up to the artists to create the details and bring the stadium to life. As stadium construction in Iowa had yet to be finished, our designers needed to research previous construction projects from the builder to craft all the minute details that would make a true-to-life stadium interior.

San Diego Studio revealed more detailed Field of Dreams plans for MLB The Show 21 in their new episode of The Lead Off. The team provides a sneak peak at the stadium, a rundown of new content and more. 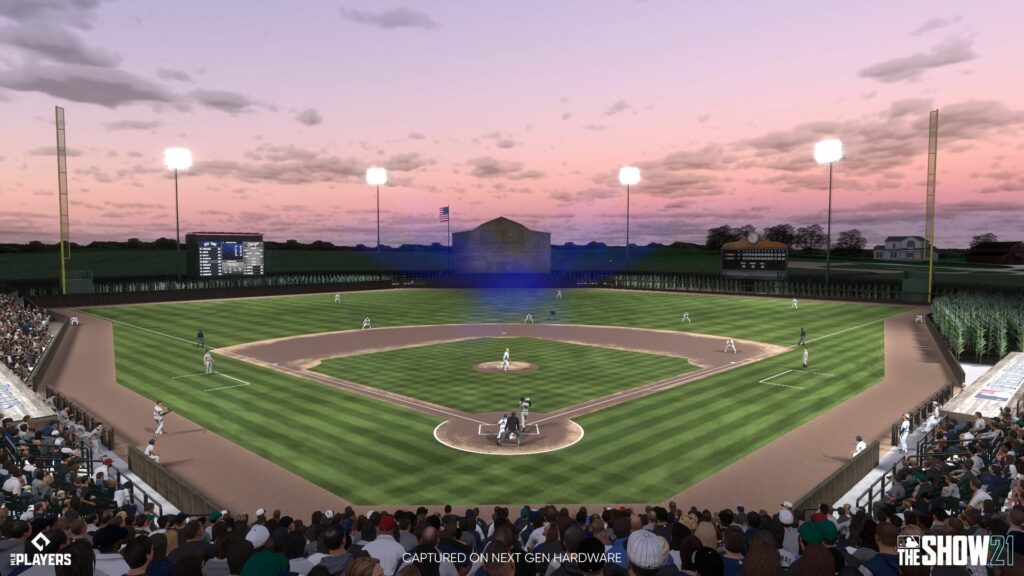 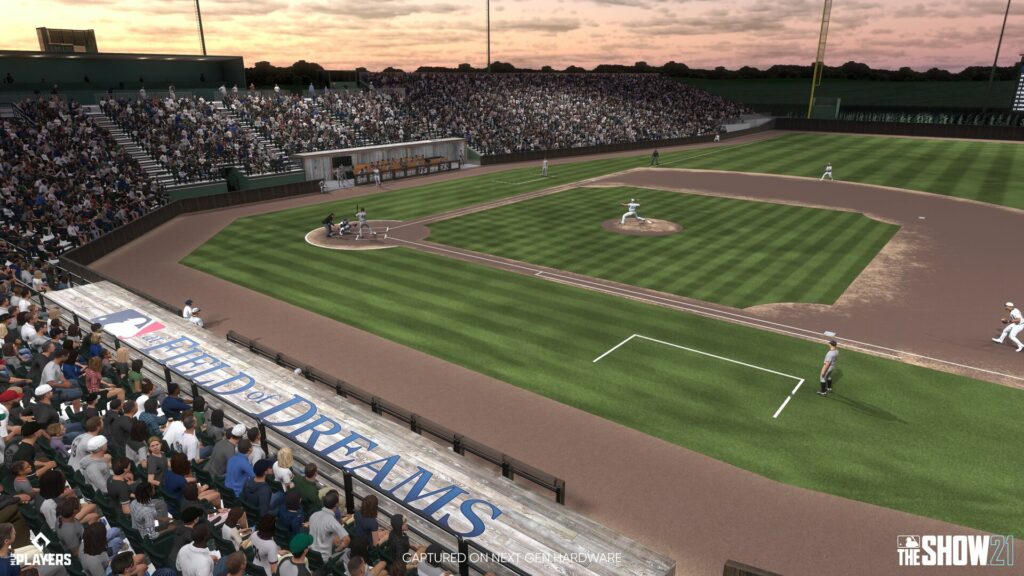 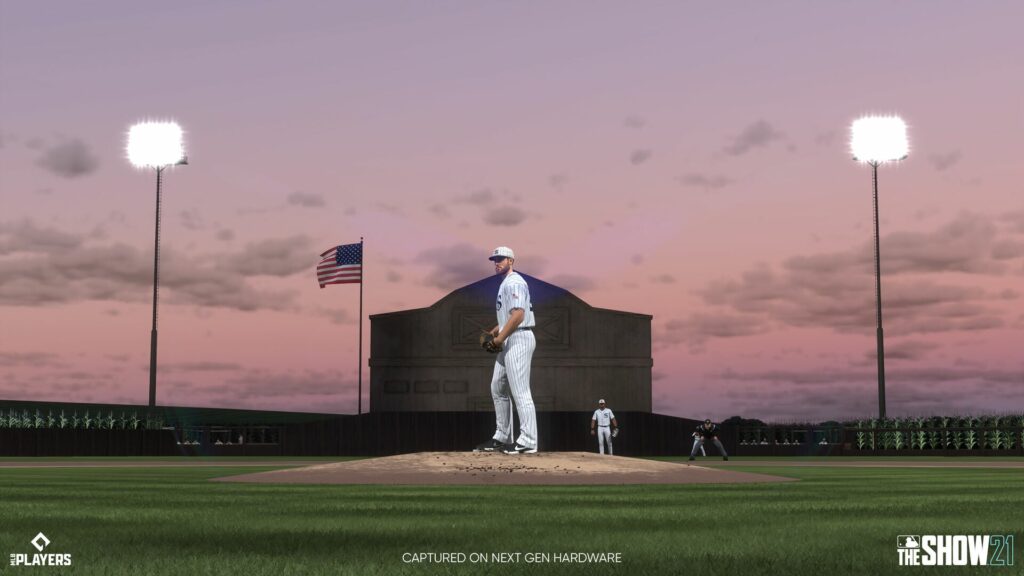 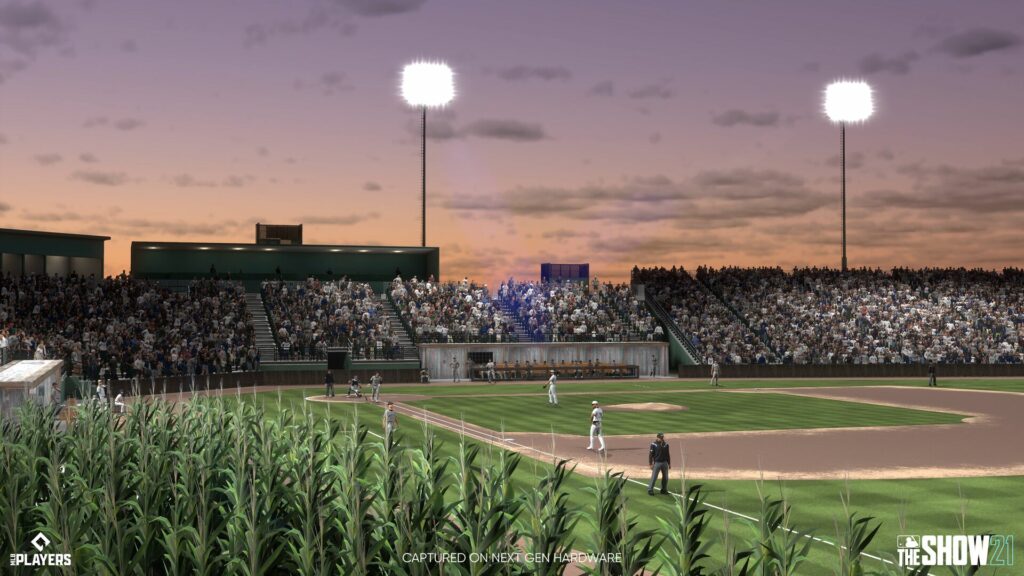 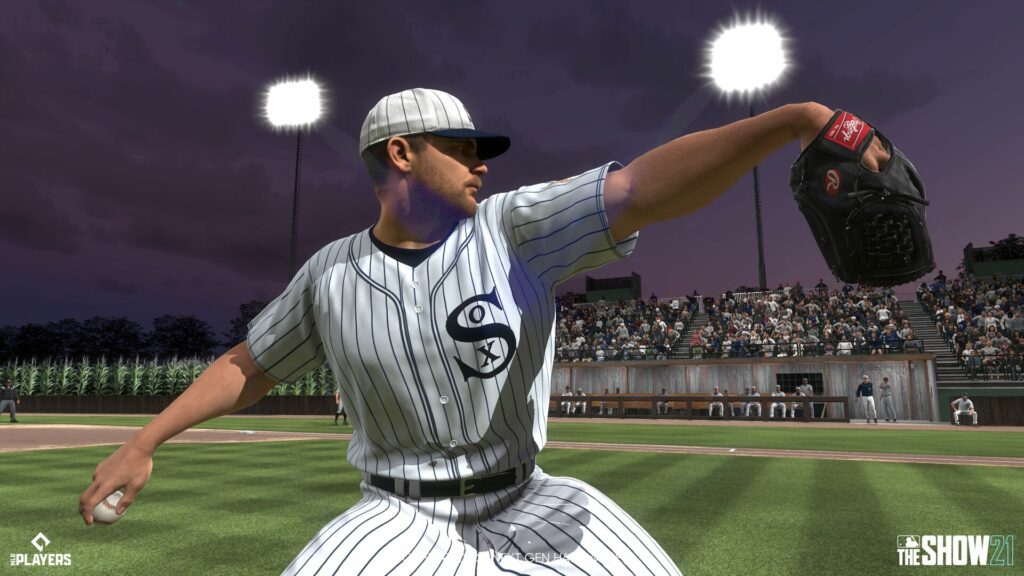