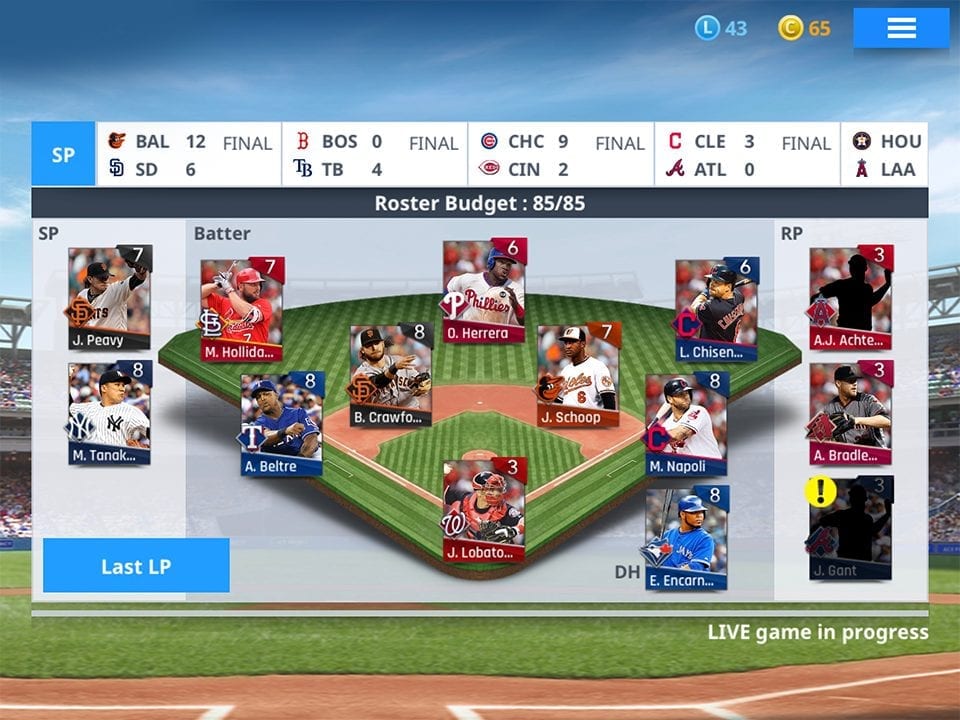 Even though we are experiencing one of the most active periods on the sports calendar, it’s the doldrums for sports video games. While we are waiting for the next big release (MLB 17: The Show), here are a few mobile sports games that might make the time go more quickly.

This game released last fall, but has been receiving constant updates each month. Unfortunately, even with the revised content, this game doesn’t set itself apart from the majority of other free-to-play sports games in the App Store.

Structurally, it is very similar to other card collecting/roster management games. You start with a mediocre roster and small amount of currency. You can increase the quality of your team by collecting (here, called “scouting”) various players, assuming you can afford them. Winning grants you more funds, levels up your teams, and gives you access to better players.

It’s the cyclical nature of these types of games that make them both addictive and a chore to play. We’ve seen this type of system used in all settings, from other mobile and/or Facebook games to modes like Diamond Dynasty. On top of the typical trappings, three types of currency will ask you to balance your time with spending real money. However, I’m a few weeks in, and thus far haven’t felt the need to spend any money.

On the plus side, the game looks great. Watching games is a quick and enjoyable experience. The selection of players is varied, and includes historical and “prime season” players. There is an interesting skill system that lets you boost a player’s attributes by assigning a perk-like reward. You can also answer a reporter’s question after games, which, depending on your response, may impact players’ morale.

This touch, along with a few others, aim to create a GM-like experience. You never actually control any players or even make strategic decisions beyond setting a lineup and hiring a manager. All of this sort of works, yet is too shallow to keep you as engaged as you might be with a more full-featured text sim (like OOTP’s MLB Manager).

There are two main ways to play: against the AI in a league mode or in a ladder challenge against other users’ teams. I spent the majority of the time in league play, since the ladder teams were ridiculously overpowered — whether they got this way through time or money is undetermined.

Look, the game is free so there is no risk in giving it a shot if you are looking for an offseason baseball fix. But outside of the graphics, you can find better management sims elsewhere, even if it means paying a one-time fee or sinking time in a different free-to-play game.

Alto's Odyssey: The Lost City Review - A Snowboarding Endless Runner Worth Checking Out