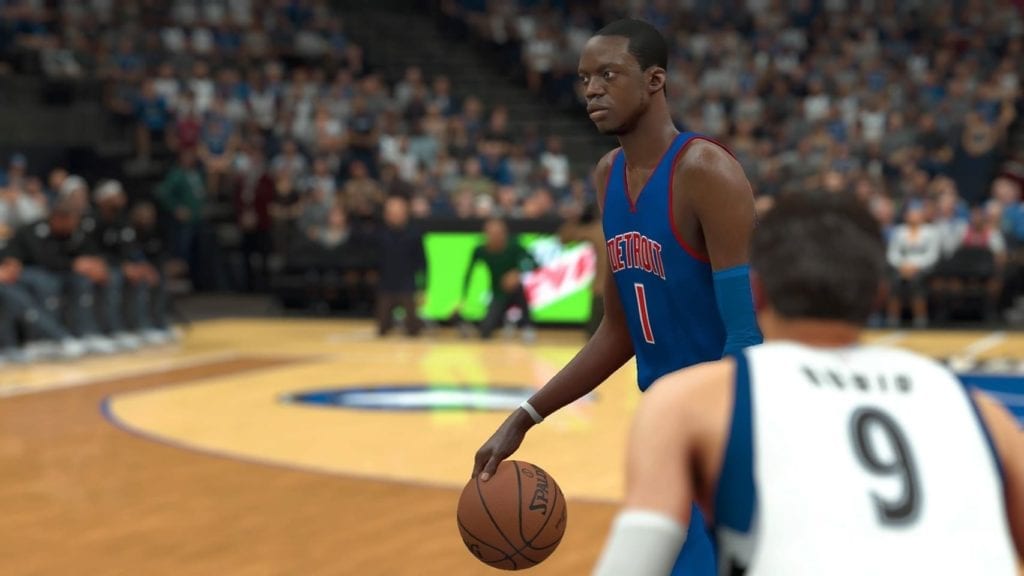 There are so few players who transcend pace of play. Guys who can beat you in the halfcourt just as easily as they can beat you on a break are rare, leaving most teams scrambling to find a pace that works for them.

NBA 2K17 does a wonderful job mirroring these different types of players. Take, for instance, Marc Gasol. What Gasol (92 strength) lacks in speed and agility, he makes up for in strength and awareness. Slowing down with Mike Conley Jr., a similarly crafty player in the halfcourt, and running a play to utilize Gasol’s strengths is a winning strategy. It’s slower and often eats a ton of clock, but it works. Memphis has built a team that grinds out wins via low-scoring affairs.

Unfortunately, dictating pace of play isn’t as easy as it sounds. Game flow, a phrase that doubles as pace of play, is an idea being recognized by coaches everywhere. Oftentimes, you’ll flip on a game of basketball and find two teams butting heads over the tempo of the game. One team, like Memphis, may wish to slow things down while another team, let’s say Phoenix, wants to hurry things up.

Dictating a game’s tempo can be incredibly hard to do, even if you’re just matching up against a CPU or an average Joe online. Without realizing it, opponents will jack up shots hurriedly even when it doesn’t benefit their team. This mistake is often reciprocated, especially if the shots begin to fall on either side. But much like just about anything else in NBA 2K17, the game gives you all the tools you need to effectively employ your game plan.

The first, and best, way to evaluate what kind of pace you need to shoot for is by looking at the players on your team. If you aren’t looking to waste hours of soaking up attribute information, take a look at some of the basics, starting with speed.

Speed is an attribute that will make or break your fast break game. Guys like Russell Westbrook (98 speed with ball) and John Wall (97 speed with ball) will kill you in transition, so you may not want to get into a shootout with them. On the surface, you have to evaluate whether or not it’s worth breaking your own pace of play just so the opponent doesn’t get its own ideal tempo. Sometimes it’s just not worth trying to keep up, especially in the case of dealing with a Westbrook or Wall.

That being said, if you have one of those guys on your team (or perhaps someone like Eric Bledsoe), you need to take full advantage. Off rebounds and turnovers, push the tempo and watch as you blaze past slower defenses. This is a good way to turn a team like Memphis, often thought of as a defensive juggernaut, into a slow team that struggles to utilize their bruisers like Gasol and Zach Randolph (88 strength) in help defense.

That doesn’t mean playing with a slower team is a lost cause. Just as you can use a quick player to dictate an uptempo style, you can use a stopper like Kawhi Leonard (98 defensive consistency) to dominate the halfcourt. For this style of play, you’re going to want to look at two different attributes: defense and contested shot.

One of the best options you’ll have with a great defender like Leonard is that you can match him up with the “tempo setter” on the other team. Similarly, Leonard (88 mid-range contested shot) can hit contested shots regularly, making it easier to slow things down and rely on tough shots if you need to. When you have guys who can win one-on-ones in the halfcourt, there’s no reason to push with players who aren’t built for it.

There will be teams that have a terrific combination of both, and sometimes there’s no real answer for it. Take the Golden State Warriors, for example. If you don’t have guys like Curry (94 speed with ball) beating you in transition, you still have to deal with Durant (90 mid-range shot) or Thompson hitting spot-up shots from the middle of nowhere. There are few answers to be found in the handful of instances where teams have guys who can break you either way, but you can still push your tempo on offense.

This might seem incredibly counter-intuitive when talking about game flow, but the fact of the matter is that forcing any one style is going to take away scoring opportunities. The best thing you can do is get a feel for where individual players and teams have the most consistent success, and the best way to do that is ignoring the shot clock.

Instead, focus on opportunities. Outlet passes off of a rebound are great for transition basketball, even if the defense seems well equipped to handle such a break. If you have players who can beat defenders down the court, then do so. On the opposite end of things, don’t force an early shot with a defense that’s already set. For all that game flow can have an impact on, it’s still only the difference between about 10 possessions per full game — give or take a couple possessions in either direction.

If you find yourself running a slower tempo, don’t be afraid to take advantage of early shots. Slow teams pride themselves on finding the best shot possible in 24 seconds, not the last shot available. Teams like San Antonio (currently 27th in possessions per game) thrive on taking “good shots.” If you’re going to grind things out, run your playbook and see what pops.

Any good team will do what it needs to do to win a game. If a certain pace of play just isn’t getting it done or a team is beating you at your own game, don’t be afraid to change things up. This fits with the personnel, too. Sometimes a spark plug off the bench is exactly what you need when the other team is bogging you down with a slow pace of play. Sometimes you need to let your big hang closer to the basket to slow down guys who are winning one-on-ones. Adapting is an essential aspect of mastering game flow.

If things aren’t going the direction you’d like, don’t be afraid to switch things up to work things to your advantage. Oftentimes, in real life, you’ll see coaches “go small” or “go big” during a game. This is easily translated as trying to “go fast” or “slow things down.” Do whatever you think will give you the best matchup, even if it means deviating from the norm.

Though, oftentimes, you’ll see teams and players overreact by doing one of two things:

-Move to a slower pace when up big
-Overreact because things aren’t going well in a small sample size.

Don’t let either of these missteps be one that you make. Deficits can be erased in a hurry in the NBA, which means runs are just a way of life. Similarly, you don’t need to jack up every available shot to make a comeback. Sometimes things like variance can prevent a good game plan from working. If you see yourself getting open shots, or shots that usually fall, keep after it. Chances are, they’ll start tallying up points as the game goes on.

Whether in the thick of franchise mode or the middle of a handful of online games, do yourself a favor and evaluate what is and isn’t working. If you see your team taking more shots than normal and losing, try and slow things down. If you aren’t getting shots up and losing, try to up the tempo by working your transition game or getting in some smaller, quicker players.

The worst thing you can do for yourself is to try and force something that isn’t working. One of the reasons coaches like Mike D’Antoni have such large swing rates (meaning that one season can be a mess while the next has him looking like the league’s most valuable coach) is because he forces a style that either works very well because he has the personnel to do it, or falls flat on its face because he doesn’t.

The best coaches find a way to adapt to their personnel by evaluating what does and doesn’t work. The Spurs are among the lowest in possessions per game now, but were ranked 9th in 2011-2012. Most seasons, you’ll find them fluctuating based on personnel.

By having a flexible game plan that allows you to dictate game flow in NBA 2K17, you might just gain the extra edge that it takes to dominate a game. Don’t be afraid to try different things with different teams, or perhaps crafting your personnel around your tempo of choice. One way or the other, make sure to pay close attention to pace of play and all of the different ways it can impact a game. Now more than ever, the difference in a handful of possessions may decide your next game.