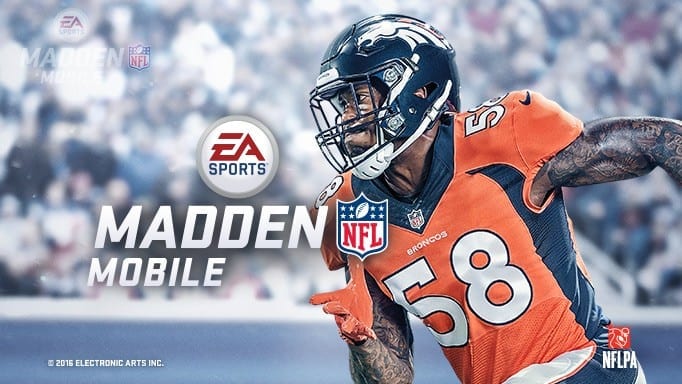 The November update has arrived for Madden NFL Mobile, featuring inbox improvements, gameplay tuning, and laying the foundation for new twists on future programs. Check out the details below.

UPDATE: EA is looking into the issue with gameplan counters.

There are always a ton of fun live events going on in Madden NFL Mobile but sometimes you are not sure what you should be focusing on. We are improving our inbox messaging to create a more informative and interactive experience. If there is a big live event going on, you will be able to see the upcoming schedule of the event and what can be earned from completing it. If a new big program launches, you will be able to view the latest items that make up the different program sets. Even cooler than that is items can be interacted with by magnifying or flipping them so you can see if the player attributes match your play style. Another helpful feature will make sure you don’t miss out on an important event like Showdown, by setting a personal reminder from the inbox (or live event tile). Setting a reminder will send a message to you when the event is about to start. No one bought your auction? No problem, you will now be able to sit back and repost the auction from the comfort of your inbox. These are just some of the changes planned to keep you up-to-date on what is going on in the ever-changing world of Madden NFL Mobile.

The November release will focus on gameplay improvements in the continual effort to make Madden NFL Mobile a more well-rounded, balanced experience. Pass tuning and turnover frequency have been tweaked in various modes, especially for higher skill levels. Previously, it seemed Defensive Backs would develop almost psychic powers and be able to anticipate the ball before the Wide Receivers could react. There were also issues where many DB’s on the field could run across the entire field at once and make the pass break up during deep pass plays. Both of those issues have been investigated and addressed. In my opinion, with the updated DB reaction time and coverage, it really makes passing a less frustrating experience. Next, we looked at what it is like to pass in Madden NFL Mobile compared to the actual sport. With that info, we modified the ball trajectory on passes according to the latest NFL data. How cool is that? Bullet passes will travel at realistic NFL speeds while lob passes will no longer float in the air for unrealistic hang times. Last week, you may have noticed we released a counter tuning pass that will help make sure that your Gameplan is as effective at it should be. Finally, we added additional WR avoidance logic so you should start seeing less players unnecessarily bumping into each other all over the field. This season of Madden NFL Mobile has emphasized the importance of improving gameplay and we are committed to doing so throughout the rest of the season.

QB scrambling revolutionized the way people play Offense in Madden NFL Mobile. This new release will add a QB slide button, so the Quarterback can avoid the big hit and a potential fumble. The game will also know if you are close to the first down marker on fourth down or the goal line. If that is the case, the slide button will become a QB dive button. It is a great feeling to see your QB dive over the pylon using the new button to get a crucial touchdown on the last drive of a league vs. league game. We took a look at improving the Left Analog Stick this release by making it adjust on the fly to where you put your thumb down on the screen. The goal of this feature is to make the controls more precise and make it less likely for fingers to slip off the controls.

We are updating League chat with the ability to instantly show off elite players that are earned. Finally obtained that last collectible for Domination Von Miller? Show him off to the admiration of your league mates. All items can be viewed and interacted with from the league chat window.

Last but not least

One last thing to note, we have also built features around some fun upcoming programs. We want to make sure that when those programs roll out, the Madden NFL Mobile community will get to engage in new and exciting ways to fill out sets and earn players. More details will be shared in the coming months as we get closer to the launch of those programs. Finally, as with every release, there will be stability fixes, bug fixes, and fair play tuning. We make sure we devote time and resources to these areas for every release.

Hopefully, you enjoyed the sneak peek into the November release. With all the gameplay additions and feature improvements, we hope your holidays are filled with many touchdowns against your inferior opponents! We will continue to update Madden NFL Mobile throughout the year, so let us know what you want to see in the game. Take care.