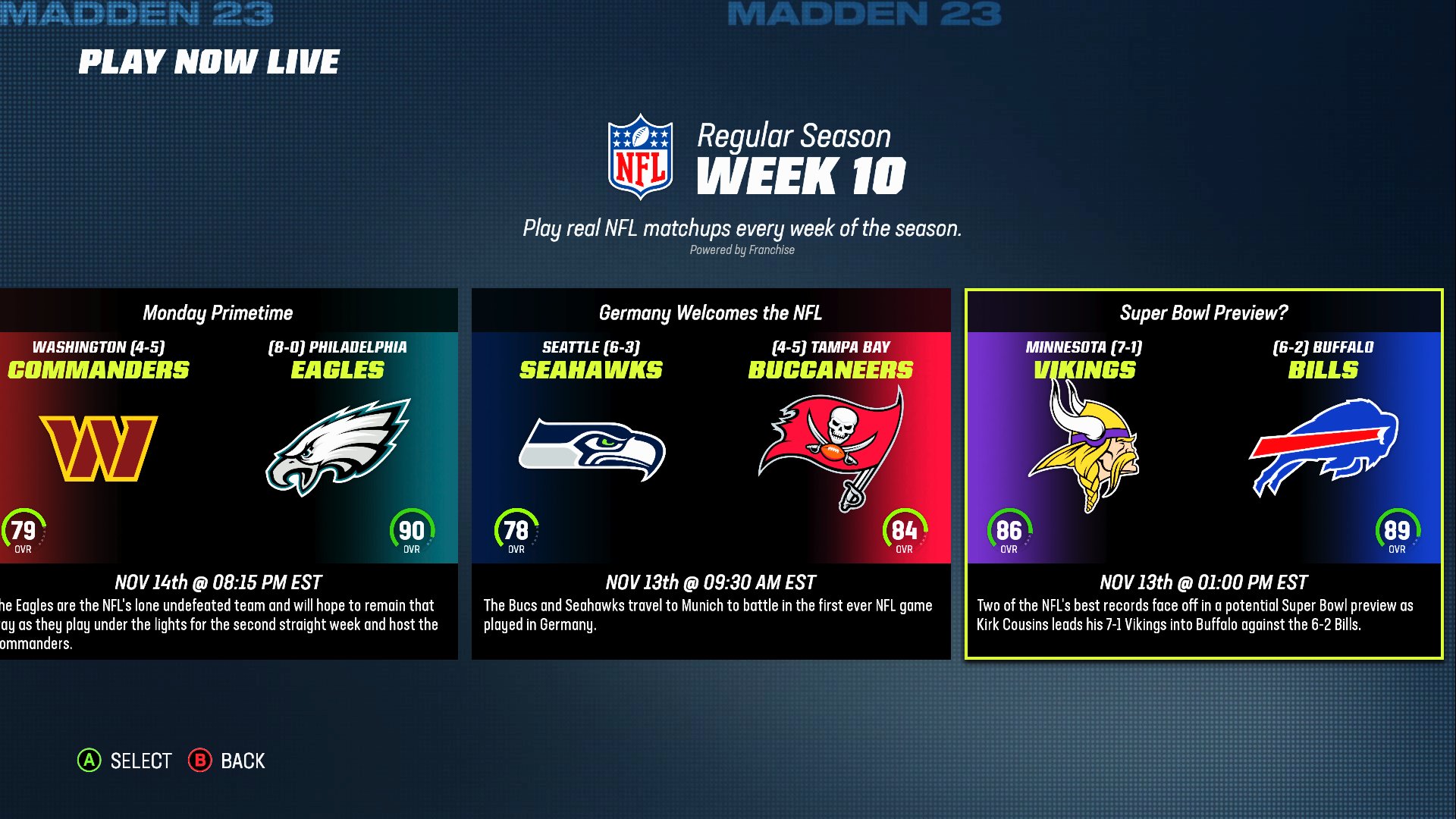 The team mentioned that we won’t see another update until Wild Card Weekend and the Super Bowl, even though the splash page states we can play real NFL matchups every week of the season.

Below are a few notes from community member oneamongthefence in regards to the Play Now Live update.