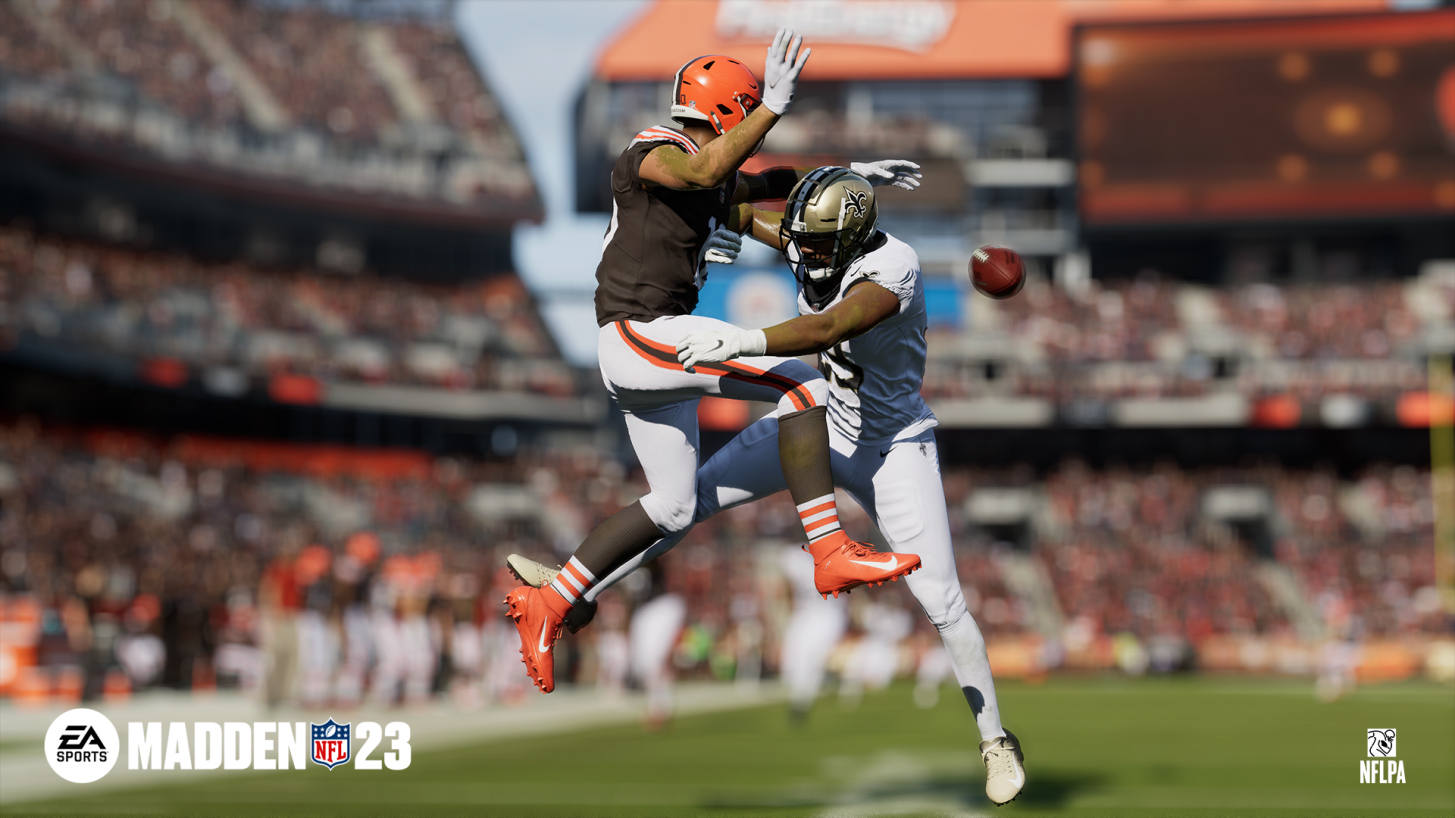 The Madden NFL 23 team has posted Face of the Franchise details and the major changes coming to the mode. The latest Gridiron Notes goes over the fundamental changes and expectations for the mode this year along with details on contracts, quick starts, improved player lock, position focused progression and more.

As you dive into the action, one of the biggest changes you’ll notice is the introduction of true player-locked gameplay. While operating solely out of the shoes of your created player was always an option in previous years, now you’ll be committed to mastering your position, and relying on your teammates to do their job, without the ability to flip over to full team control.

It wasn’t a decision made lightly – but in a mode whose guiding purpose is living the life of YOUR star player, we wanted to deliver a unique and compelling experience that felt distinct and engaging for Face of the Franchise-focused players both new and old.

We posted our Madden NFL 23 Face of the Franchise impressions from the beta last month. If you missed it, make sure to give it a read right here.

As someone fond of the new gameplay additions during my time with the beta, I’m excited about how they’ve translated to Face of the Franchise. The game has a new life now, and it’s more than an improved storyline and added attention to detail. This year’s game feels more natural and realistic than some of the games in the past. Tackling animations, offensive line play, the way the AI reacts in-game are all places where I feel a difference.

Those looking to play wide receiver or defensive back should have a better time now with this year’s new controls. Matchups between defensive backs and wide receivers feel more realistic with the new controls and battles downfield. I also can’t talk about Face of the Franchise without praising the new camera angle they used this year. The off-centered but player-specific camera angle made me feel more involved in the game. It is being done correctly like we’ve seen with NHL and FIFA in the past.

The new gameplay features, and believe it or not, the improved camera angle will be a difference maker in Face of the Franchise and other game modes like The Yard and Superstar KO.

Discussion
Click here to reply to the discussion
Continue Reading
You may also like...
Related Topics:face of the franchise, football, madden, Madden 23, Madden NFL 23, spotlight