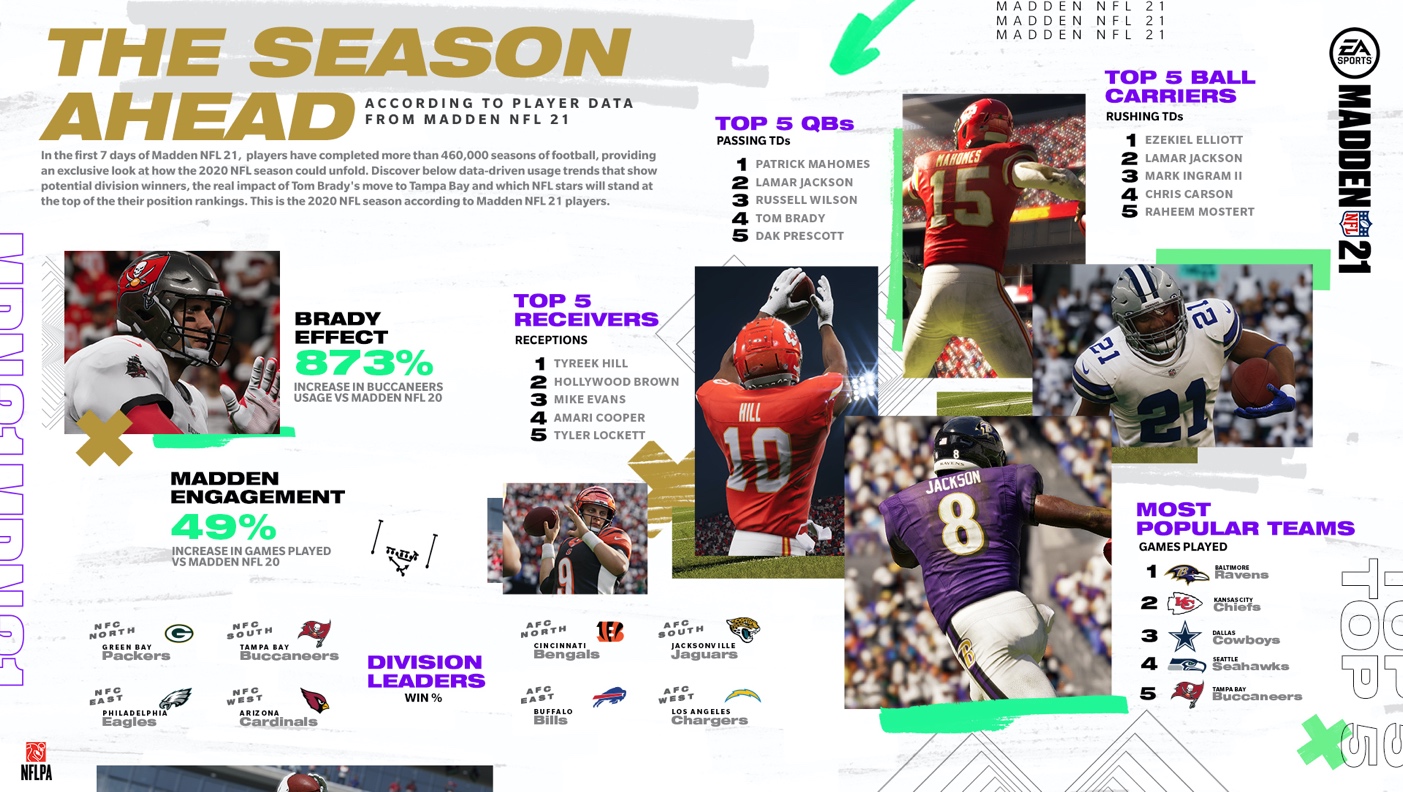 Madden NFL 21 is sitting pretty after its first week of sales. An improvement of 20% year-over-year over Madden NFL 20, which in itself last year, saw more unique players and engagement than any other Madden NFL game in franchise history. And get this… Madden NFL 21 players have played nearly 50% more games than last year, in the same time frame.

The Yard, which is a new fast-paced backyard football mode that arrived in Madden this year, already has over 17 million games played.

“After the most successful year in franchise history,fans are now playing more Madden than ever before. In the last weeks, players have shown their passion for Madden with a lot of great feedback and stellar engagement in Madden NFL 21,” said Seann Graddy, Executive Producer, EA SPORTS Madden NFL. “We truly appreciate the fans who have been playing Madden NFL 21 and we are excited to bring new improvements, content and experiences with our live service updates throughout the year.”

In the first seven days of Madden NFL 21, players have completed more than 460,000 seasons of football, providing an early look at how the 2020 NFL season could unfold. The two most popular teams are the Baltimore Ravens and Kansas City Chiefs. Lamar Jackson is one of the top ball carriers across the game, with the second most rushing touchdowns of all players, and the highest rushing yards among quarterbacks and the second most passing touchdowns.

Patrick Mahomes is the top quarterback with the most passing touchdowns and passing yards per game. Six-time Super Bowl Champion and new Tampa Bay Buccaneers quarterback Tom Brady, helped raise usage of the Buccaneers by more than 850 percent compared to last year and put the team on top of the NFC South.

Check out the full breakdown for projected division winners, top performers and more in the infographic below, giving us a glimpse at the season ahead.