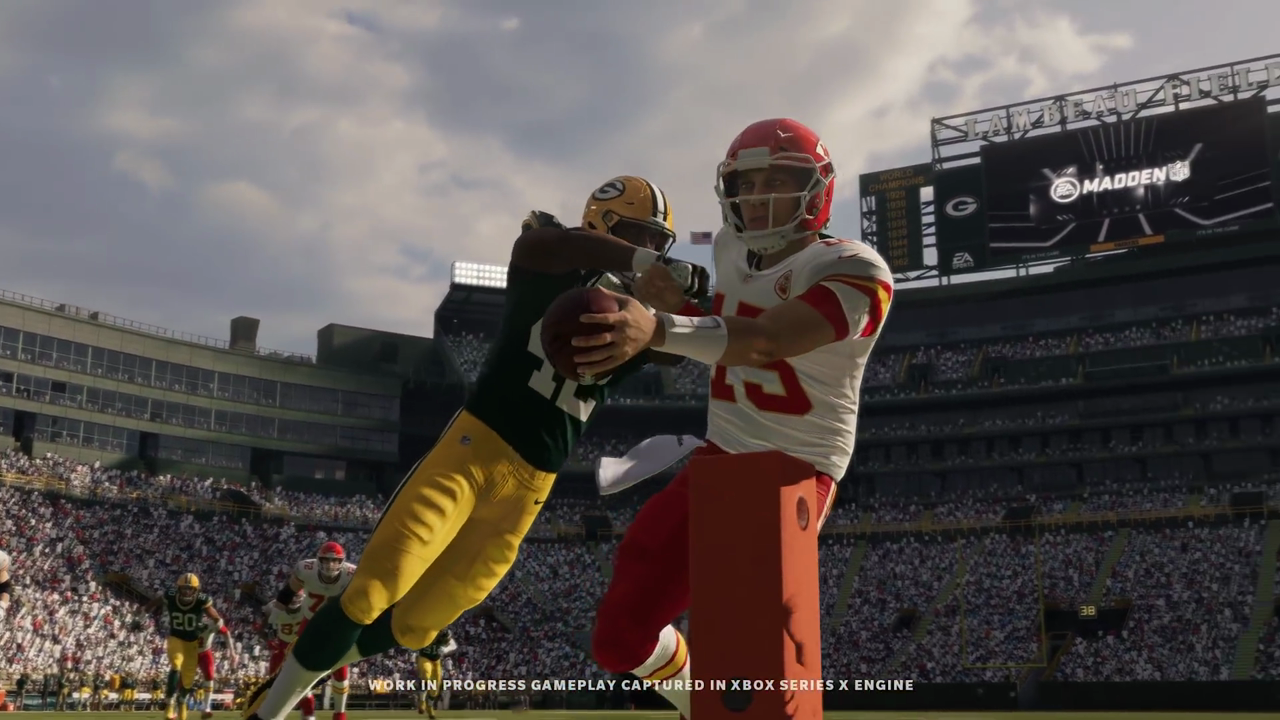 While we know the Madden NFL 21 cover athlete is Lamar Jackson, and we’ve seen 7 seconds of Madden NFL 21 footage, from the Microsoft’s Inside Xbox event, we really haven’t heard much else about the game.

Based off of previous years, we typically see the official cover athlete announcement, some features revealed, improvements in the game and a trailer or two, in late April to early May.

Obviously, the ongoing COVID-19 pandemic has pushed a lot of things further out, including real sports. So it’s no real surprise things have been quiet on the Madden NFL 21 front.

Let’s hope it’s worth the wait. Anything in particular you are hoping to see and/or hear about?

UPDATE: (5-31) Madden NFL 21 details have been postponed. Here is the official response from EA.

In light of the recent tragedy in Minnesota and events around the country since then, we will be postponing Monday’s Madden NFL 21 announcement until a later date. EA SPORTS will share more on this soon.

So much more than a name…

Top 10 Rookies in Madden 21: Who Will Be the Most Fun to Use?
Madden NFL 21 Trailer - Gameplay Controls & Mechanics