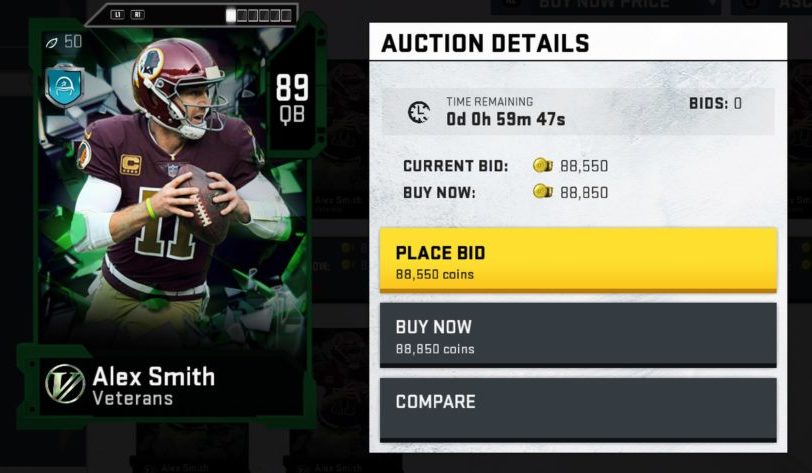 Mixed in with the Harvest promo, we’re still getting our weekly dose of expected cards. In today’s update, we got Veterans Alex Smith and Antoine Bethea.

So, first the teams. With Alex Smith this is 49ers, Chiefs and Washington. Alex Smith has the sort of ratings I would expect with 94 short accuracy and 77 speed to go with solid acceleration and agility. He also has 87 throw on the run with middling medium and deep accuracy. Basically, this card is not impressive but it matches the player profile. In addition, short accuracy does have some importance with so much blitzing going on in this year’s game. But still, most people are not beating the blitzes with a bunch of short throws all over the field, or via ball control that is not related to running the ball. 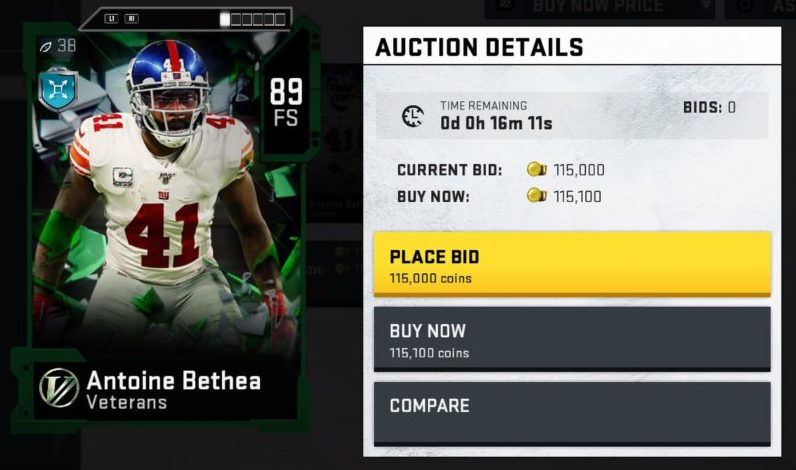 With Antoine Bethea, the teams are 49ers, Colts, Cardinals and Giants. This card is tough because it might work on a couple of the theme teams, but the 84 speed does stand out as a weakness. You can survive with 84 speed to a certain point, but once you start running into some of the elite receivers it gets dicey. Elsewhere he has 85 zone coverage, 91 play recognition and 91 awareness, which are all very good.

Overall with these two Veterans, I don’t think this is the strongest week in terms of providing new team theme support. Bethea may play on a couple of the teams, and Alex Smith might be fun to toy around with to go off meta for a bit, but these two you can mostly ignore for now while partaking in the Harvest.