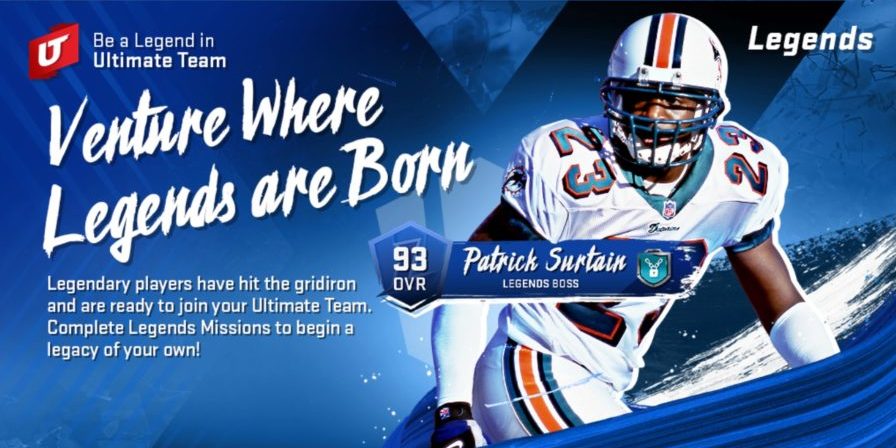 We have three new Legends for the weekend, as well as the Power Up Solos to go with them. Let me take you through them. 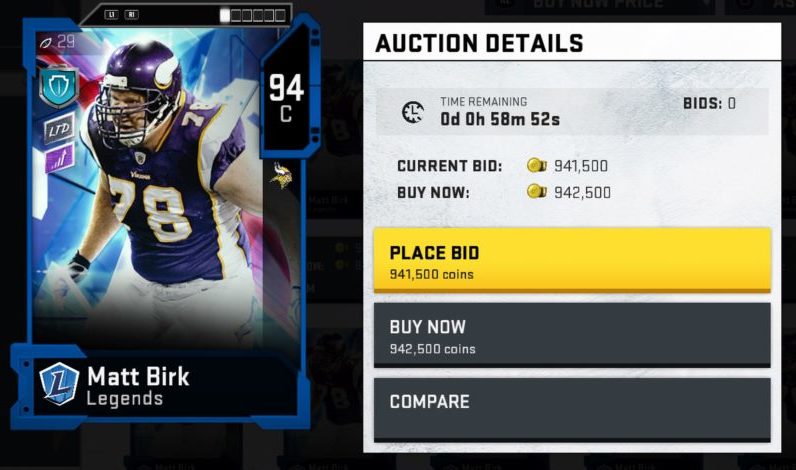 Starting with Matt Birk, this is an upgrade on his theme diamond, and that’s to be expected as the theme diamonds overall will get boosts. By the numbers, this becomes the best center in the game, and it’s an obvious Vikings team theme pick. Now is he worth 800-900K? Perhaps not, depending on your team. He has much better mobility than Most Feared Travis Frederick, for example, but Frederick matches well to him in terms of run blocking otherwise. Frederick also has better impact blocking, but Birk is the better pass blocker. You can also get Frederick for about 400K, which is half the price of Birk.

In terms of the Solos, you need to rush for over 100 yards and don’t get sacked more than twice to finish the hard difficulty challenge. 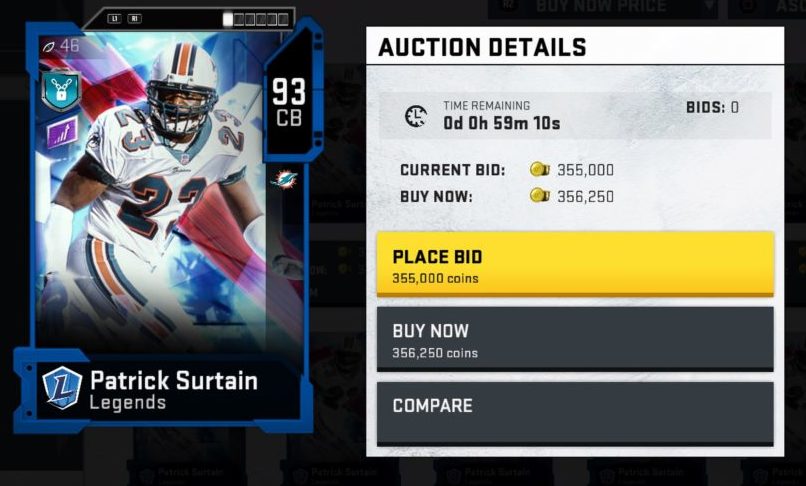 This Patrick Surtain will work with the Chiefs and Dolphins for their theme team. He has 91 speed, 92 man coverage and 86 zone coverage. The speed at 91 should be good enough to keep up with streaks, and so that’s what will make all the difference for most of these cornerbacks at this point. At 350K, he’s also a relatively affordable top-tier CB at this point in the game’s life.

As for the Solo challenge, you need to intercept a pass and allow 115 pass yards or fewer to complete it on hard difficulty. 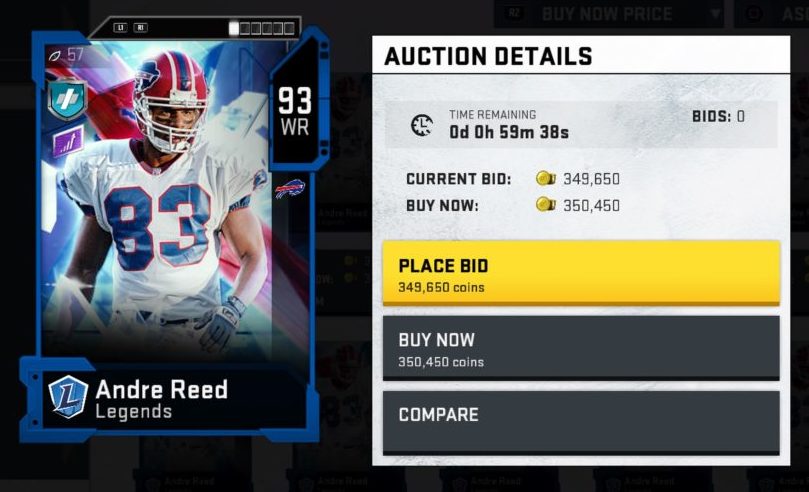 With a 93 overall, he ties with Donald Driver as the top-rated WR by base rating. He also of course goes into a Bills theme team. As for the card itself, it should be a great possession receiver with 88 release, 91 speed and good catching ability in traffic. The price at 350K makes him much more affordable than the likes of Dante Hall, Tyreek Hill and Randy Moss as well — albeit those players are all better than Reed in my eyes and better deep threats.

In terms of the Solos, you need to complete 15 or more passes and get two passing touchdowns to complete it on hard difficulty.