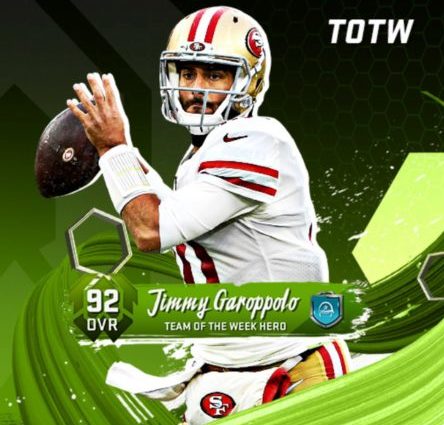 Team of the Week 14 is not incredibly exciting because the Limited Ekeler just does not have much appeal after CJ2K and the NFL 100, but it’s still worth reviewing some of the cards. 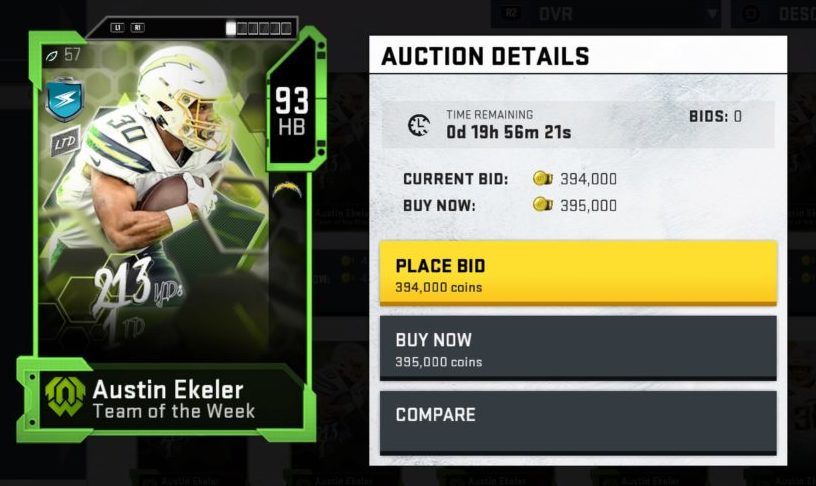 Ekeler has received a couple different versions this season, and those speed stats would look pretty good about a month ago, but he’s at best a change of pace back in this NFL 100 landscape. The real bummer is that Melvin Gordon already exists on the Chargers theme team as well so you really don’t have a ton of avenues to use him. He’s been a terrific running back this season so I won’t slight the selection, but in the MUT landscape Ekeler just does not have a big-time use. 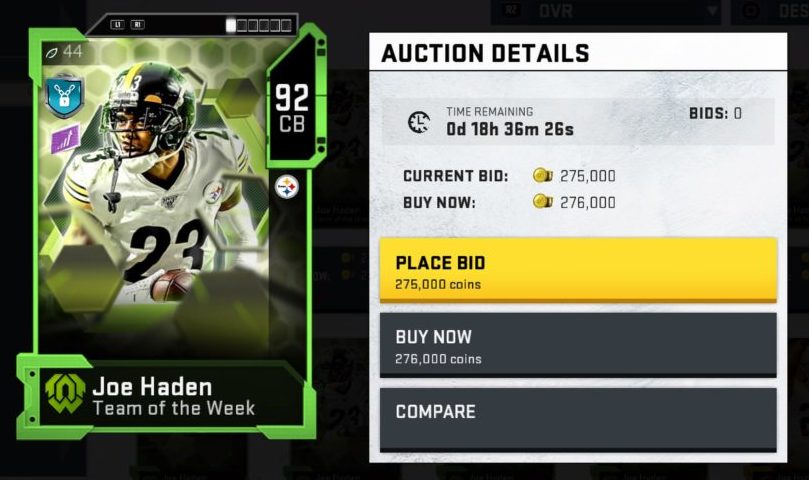 The defensive Hero for this week, Haden is not a bad card for theme teams. It’s not ideal in the post-NFL 100 world, but I suspect Haden already has some built-in fans since he’s been a very usable corner in other forms. I have a hard time getting over the 88 speed on any top corner now, but his man and zone coverage ratings (plus his archetype) does mean he has some avenues to go down in order to boost his usability when it comes to abilities. 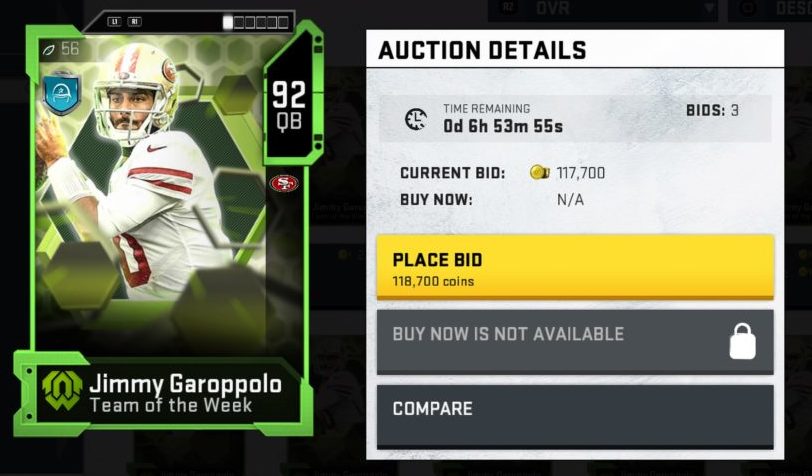 Garoppolo is back in Team of the Week form once again, this time as the offensive Hero for Week 14. However, patience will need to be a virtue here as we await what happens with the next series of cards. Garoppolo is very close to being incredibly good and useful, but he needs a Power Up to get his awareness to 90 so he can have Hot Route Master. If and when he gets that, this card is looking up. He won’t get Dashing Deadeye or Escape Artist so some won’t care still, but he should have plenty of other powerful abilities. On top of that, these are some solid base stats for a QB who is not a total zero in terms of mobility.

If he gets a Power Up, he will also be an option for a Patriots squad still waiting on a better Brady card. 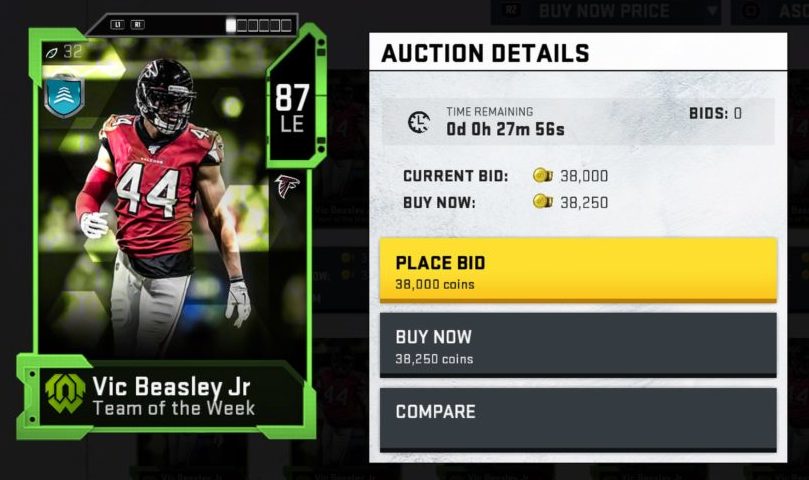 Beasley most likely is only going to fly in 4-3 setups, and even then he’s another guy strictly for Falcons theme teams — and even then only after he gets a Power Up. The 86 impact blocking helps ease the pain of 74 block shedding somewhat, but he’s still going to be rather weak against the run. Then again, it’s not exactly easy to stop the run even if you have top-end defensive ends. 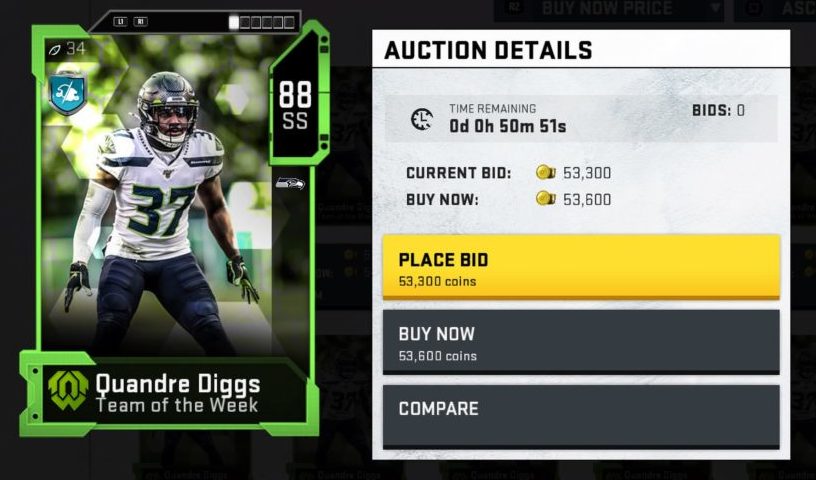 Diggs continues the theme of a player where you hope for a Power Up. I do think the card works on a Seahawks theme team, but he’s dying for a PU, and some boosts to speed and power. If he gets those, he may turn into a budget option on more normal teams, but we’re still in a spot as a meta where you basically need at least one big hitter as a safety, and Diggs still won’t be that as this archetype. 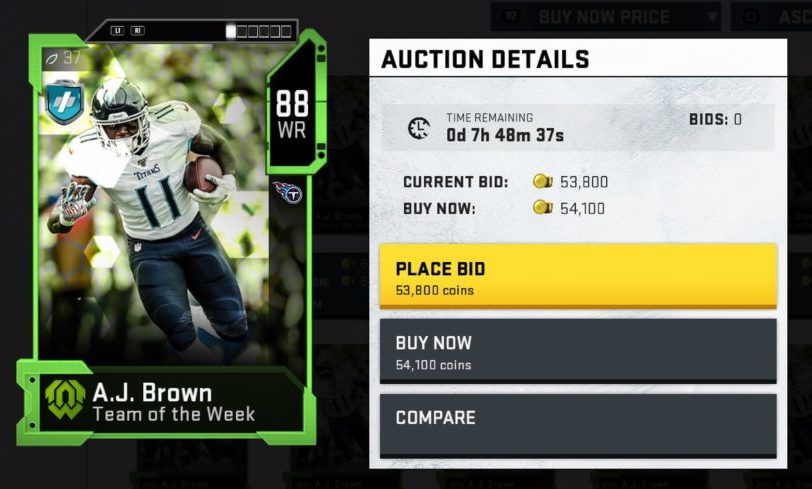 With Brown, it’s more about a trend than anything. This is his third Team of the Week card, and so it’s one of those things where I suspect better things are to come. The ratings on this one are a little underwhelming for a slot archetype, and I would pass on him, but he’s building a portfolio where you can build him into something special at some point down the road. 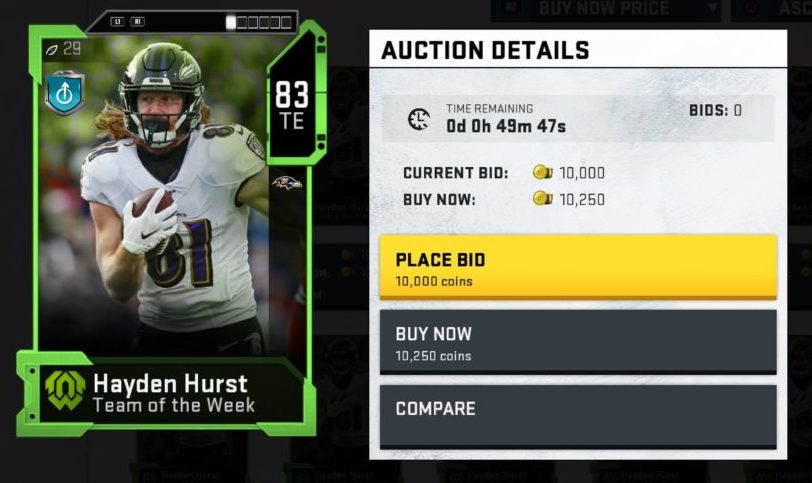 Hurst highlights one of the bummers of some of these rating profiles in Madden this year. It’s hard to find one-trick ponies or utility players who stand out in one way but are weak elsewhere. Hurst as a vertical threat could be interesting if he had impressive speed, or catching or something. But he doesn’t have that. He’s unquestionably got some jets, but those are not truly reflected here. So, instead of perhaps being a budget player to maybe check out, he’s just a hard pass. 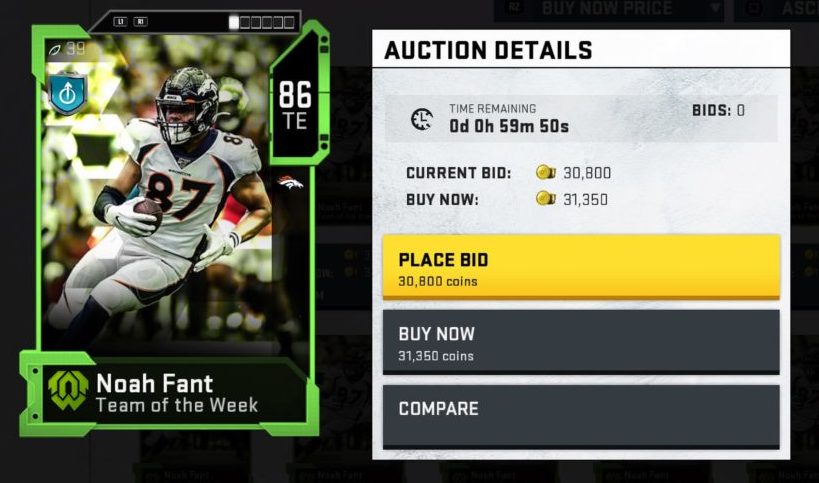 Noah Fant is a little closer to what I’m talking about with Hurst, but even at +3 overall, we’re not really quite a one-trick pony with this card. However, his speed at 86 is very good for a base tight end card. The issue is more the route running is still not very good for someone you want to stretch the field. That being said, I won’t be shocked if Fant gets more cards, so I think this is a precursor of things to come. 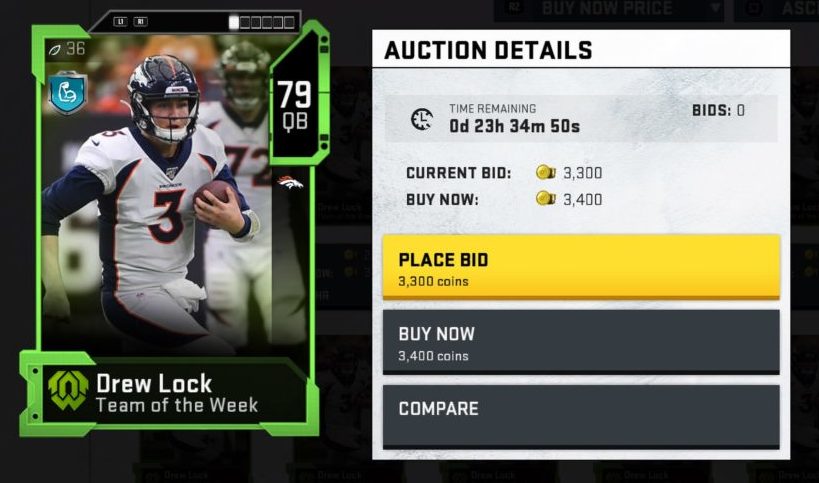 Sticking with the Broncos (and speaking of precursors), I don’t even really want to call out this card as being usable, because it’s not, more just to say it’s nice to see Lock get some love. He will be an interesting test case for how MUT treats him if he finishes the season on a roll. As a strong arm archetype, he may not be the best even if he gets upgrades, but the 79 speed and mid-80s throw power means he will probably end up hitting other milestones later on that do make him more interesting to scope out.