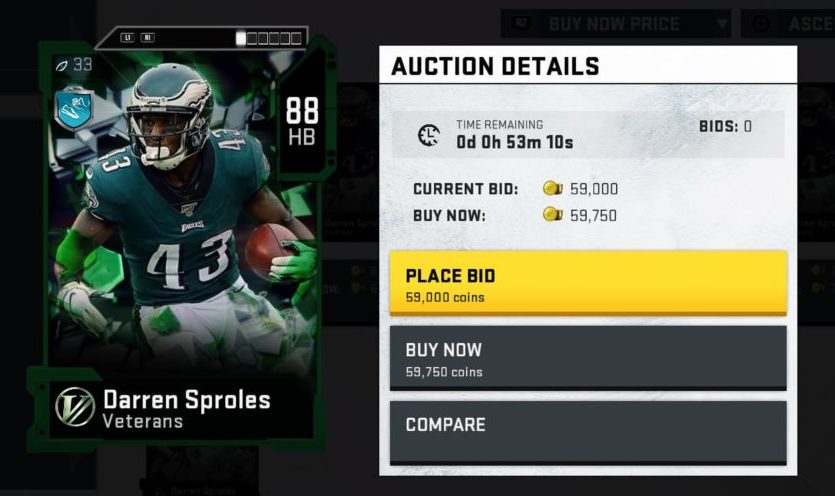 As per usual, we got a couple new Veterans today to look at in Madden NFL 20 MUT: D.J. Swearinger and Darren Sproles. 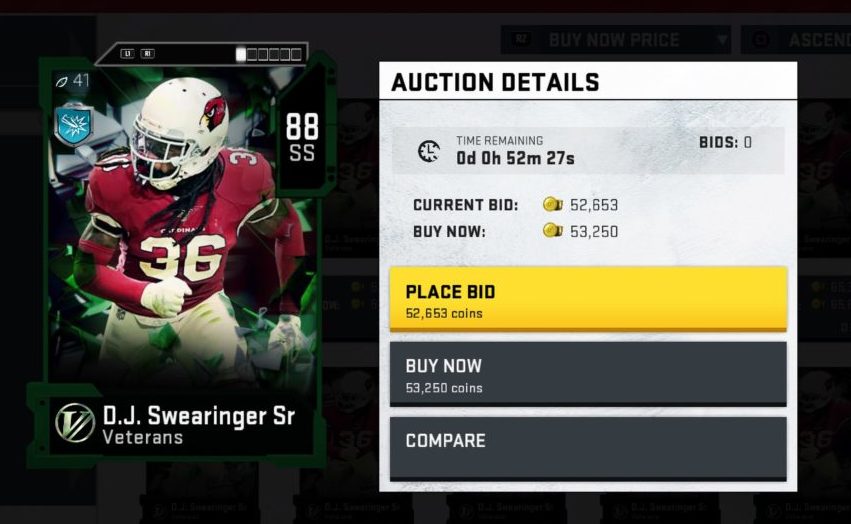 Starting with the Swearinger, it’s first worth saying the appeal of a lot of these cards is that they can go to various team-specific squads. In Swearinger’s case, that means Houston, Arizona, Tampa Bay, Washington and presumably Oakland soon enough.

The hook with this card is his power. He can be a run stopper of sorts, and isn’t so helpless in other areas that he won’t help out your team themes. He’s not incredibly fast or an amazing tackler, but that’s fine for this card. He has a clear role, and he should be able to play it if you want him in the box or throwing some big hits over the middle.

Sproles has played on the Chargers, Saints and Eagles. The Saints already have oodles of options at running back, and the Chargers have one of the best running back in the game in Gordon, but Sproles could have other uses. His speed is only 85, but he’s small and very nimble so I think he’s still going to be viable as a returner at the very least. He also has 3DRB credentials so the Eagles theme team looks like an easy sell for Sproles.

We should get new Legends tomorrow, so we’ll be back for those.