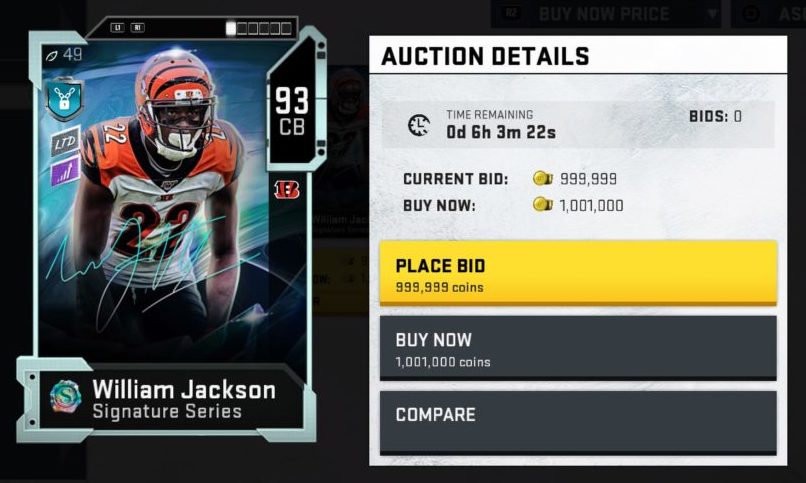 Harvest this and Harvest that, but the MUT team also released two intriguing Signature Series cards today in the form of O.J. Howard and William Jackson. I’m still going to talk about the Harvest promo in a bit more depth soon, but first let’s look at these LTD cards. 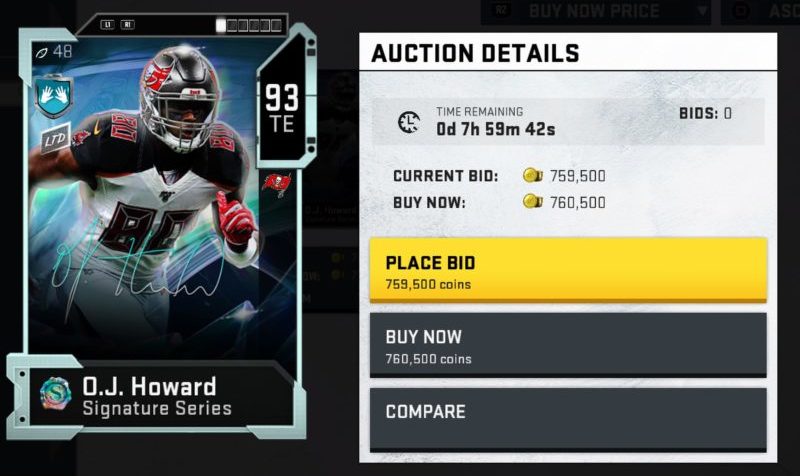 Tight end remains a position a bit up for grabs, so O.J. Howard does at least garner a mention now. He has 86 speed, 89 acceleration, 91 catching, 87 catch in traffic, 94 awareness and 86 short-route running. His run blocking and pass blocking are just 73, so that of course works against him, but he looks solid. I’m not sure if his speed and catching will make up enough of the difference to make him an amazing deep threat, but he looks like he should still be an elite receiving tight end. I don’t think I want to pay 700K for him, but that’s a side issue.

He will of course be worth watching when he is able to get a Power Up as well.

With William Jackson, he again potentially fits into big-time lineups as a 93 overall CB. Also, the Bengals theme team has gotten some love recently, which it desperately needed. With Jackson, the drawback is the lower agility at 87, but he has 92 speed and acceleration. Elsewhere, he really pops with 92 man coverage, 88 zone coverage, 87 press, 91 play recognition, 91 awareness and 91 jumping. This card looks stacked and his price signifies that because he’s going for over 800K right now.