Series 4 is off to a rough start with the MUT servers being up and down all day, and Gauntlets/Solos/Challenges all going uncounted at various times for some people throughout the community. Be that as it may, we have to get through what’s new here. After all, we got new NFL 100 players coming later tonight. 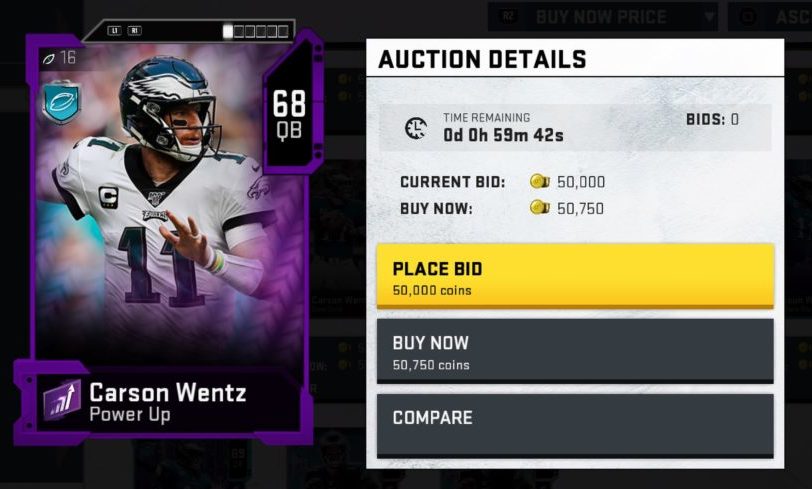 Let’s start with the Power Ups because they’re honestly the biggest part of the new Series in my mind. We’ve got:

The big ones here are O.J. Howard, John Brown, Joe Schobert, Minkah Fitzpatrick and Carson Wentz. With Wentz, he still does not reach the threshold needed to get Escape Artist, so that stings. John Brown can be boosted to between 97-98 speed now with this latest update. O.J. Howard is up over 90 speed now with 95+ catching with this latest update. Schobert is nearing some major ability thresholds, but he still falls a little short as of now. 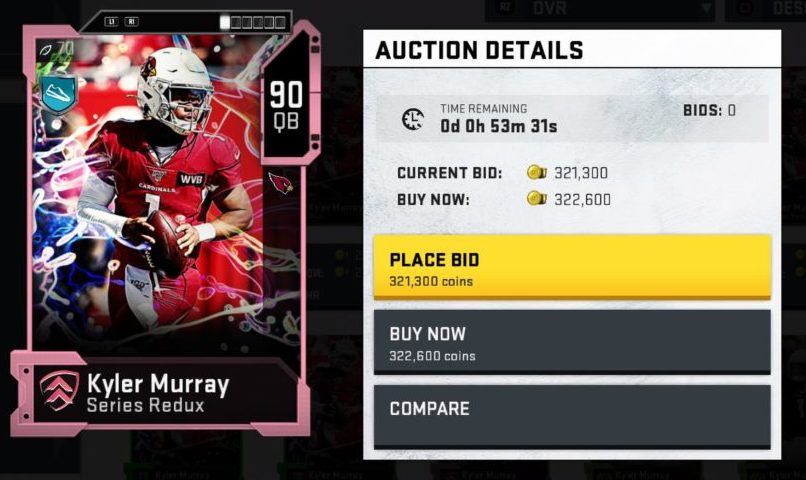 As expected the former players from the Series and promos have switched over to Redux versions. This has really killed the price of some cards so far, so if you’ve been waiting on getting someone like CJ2K, it’s getting closer to time to jump in as his price will continue to dip.

Brandin Cooks is the master, but understand he will take 6K training or so to fully Power Up. If you do, he’s going to hit a speed that no one else can really compete with yet. He will work on the Rams, Saints and Patriots theme teams as well, and those are three very good theme teams.

The big ones here are:

The Level 80 reward is very good, obviously, but otherwise it’s mostly by the book here.

The new important one here is:

You will probably lose coins doing something like this, but it’s an option now.

As of this writing, Gauntlet is down and has been having issues all day. That being said, I’ll rank the reward cards (ignoring the theme team component) for Gauntlet 2:

You will get to pick one of these after getting to 100 Stars in the Gauntlet. Also, rather akward that Terrell Suggs gets cut the day this card comes out. A new version of the Madden Curse! I think Yanda is the really easy selection here if you just pick these cards in a vacuum.

With some grinding, you’re going to get a Cooks, a 92 overall Gauntlet player, 300K coins or more, some packs and an upgraded Torry Holt from Series 4. It’s not a bad haul at all, but of course will take some grinding to knock all of that out.