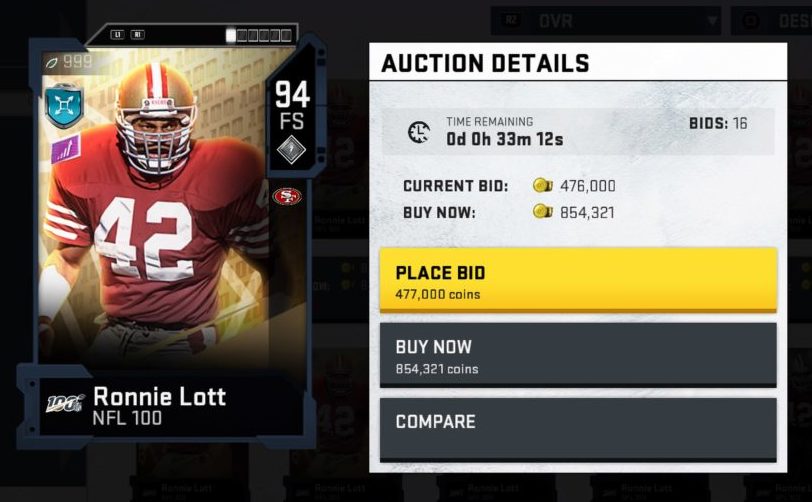 For Week 3 of the NFL 100 in Madden NFL 20 MUT, it was all about special teams and cornerbacks. Here’s a little bit of a deeper look at the second batch of players who were released. We reviewed batch one here. 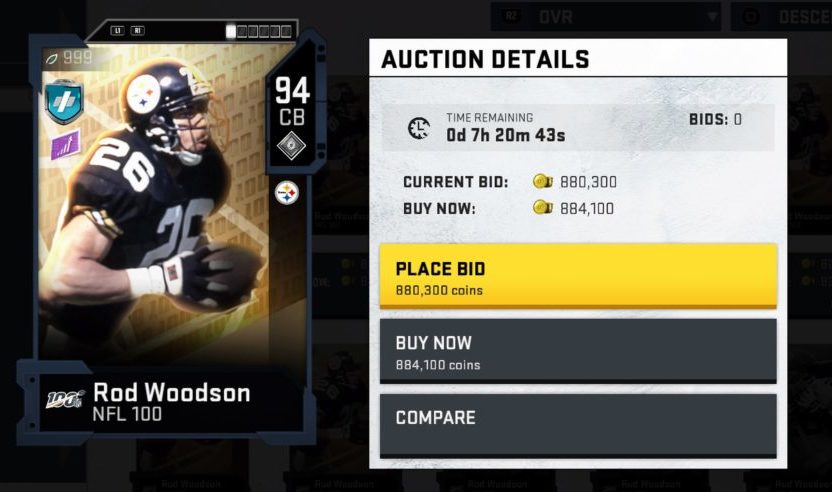 First off, I’m a Steelers fan. Okay, with that out of the way, Woodson will work on Steelers, 49ers, Ravens and Raiders theme teams.

Woodson is basically the porridge between Sanders and Brown. I don’t necessarily think he’s the “just right” porridge, but he’s clearly trying to get the best of both those players into his own version here. He also has some capability of playing safety if you don’t mind taking a little bit of a ratings hit. He’s hovering around the same cost as the other cornerbacks so I don’t think you get much one way or the other.

If I have to take one of these corners, I probably go Willie Brown for the meta, but I still want Rod Woodson the most. Regardless, Woodson is not quite good enough against the run, and he’s not as good as Deion in coverage. One other thing is he’s not great as a return man. He’s not bad or anything, but it doesn’t look like he’ll be on the same level as Deion. 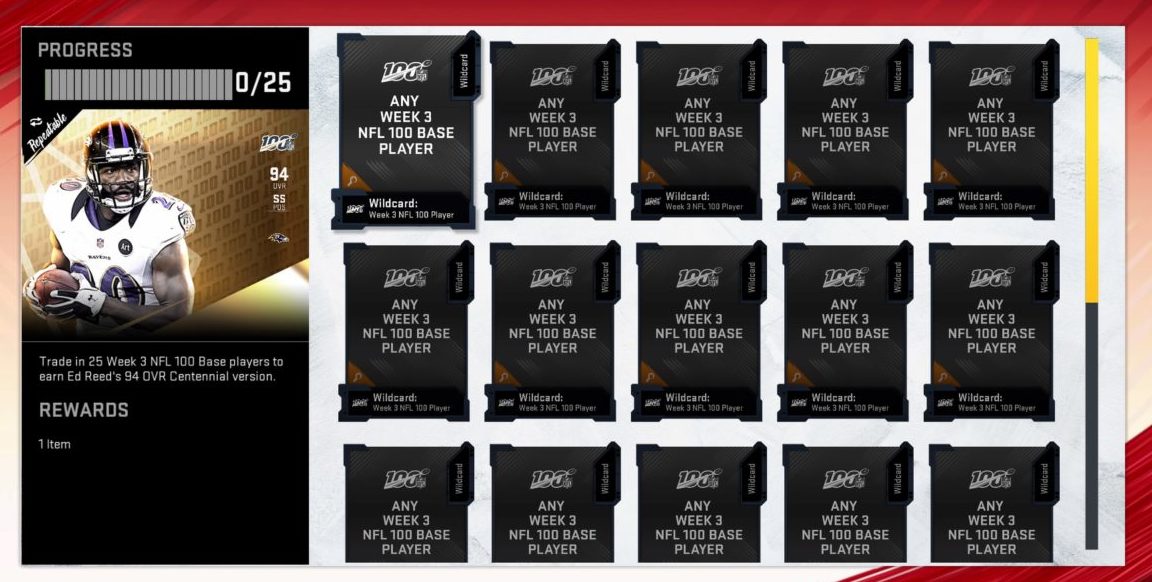 It is odd Ed Reed is getting the strong safety role while Ronnie Lott is the free safety, but both get to where they need to be (in Lott’s case, that comes via a Power Up). Reed will work on Baltimore, Houston and Jets theme teams.

Being a zone archetype, I think you keep Reed as a safety and don’t mess around too much with sliding him into a cornerback slot. With that in mind, I think this card is a little underpowered. He’s going to be very good against the pass, but if you want to pack the box, he’s not going to be all that great against the run.

If you can team him up with more of a heavy hitter and allow Reed to roam, then you will get the most out of him. I also think he’s going to be one of the more enjoyable safeties to user if you’re into that in this year’s game. Speaking of usering though, I would still probably just stick with Pat Tillman. He’s a little bit better against the run, and if you’re usering a lot with a safety, Tillman may be the better (and cheaper) choice. 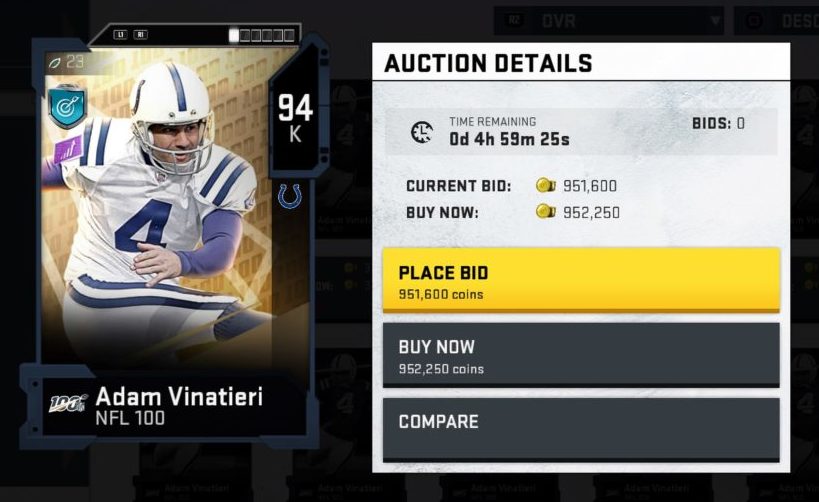 Hooray, a kicker. Vinatieri has 92 kick power and 94 kick accuracy. Cool beans. Also, kicking field goals sometimes wins you the game, did you know that?

Ronnie Lott is the free safety in this setup (again, a little odd they did not swap Reed and Lott). He will get Enforcer when you give him a Power Up as well. He will work on 49ers, Raiders and Jets theme teams.

I think Lott does have some flexibility to move to cornerback more than Reed does, but you could also do something like team him up with Tillman and just cause chaos from the back.

It’s a bummer you have to power him up to get Enforcer. If you choose not to do that, then Reed may be the better choice unless you really do want to move him to corner sometimes and press guys. You could also move him to SS with the Power Up, and overall Lott just has the ability to do a bunch of different things in your defense. His flexibility is his greatest asset in this setup.

It’s a good card, and in a vacuum, and I think I like it more than the Ed Reed, which is logical considering the meta. However, like with all of these things, it’s still dependent on if you’re running a theme team, and if one of these guys is your favorite players or not. For example, I personally would go with Reed because he’s more from my generation and I have more of a connection to him.