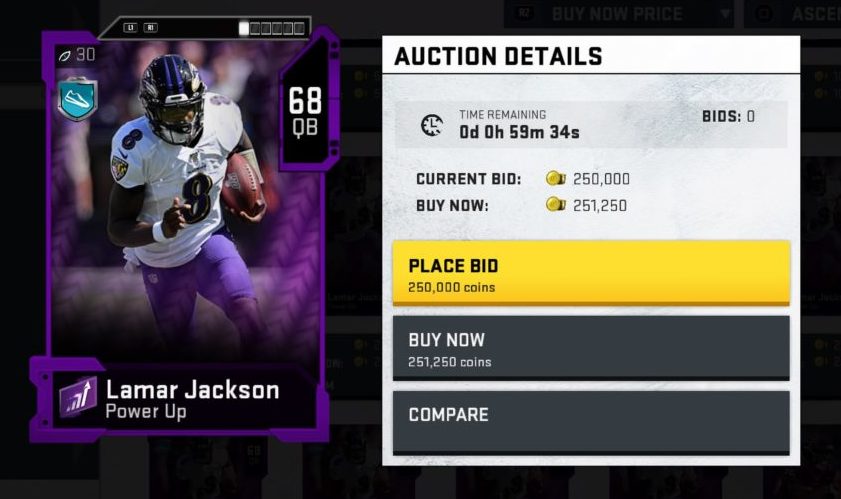 MUT is gearing up for the Harvest promo starting soon, but in the interim we got a new batch of Power Up cards today. In total, we got 18 Power Ups, with some of the big names being Nick Bosa, Lamar Jackson, Evan Engram, Derek Carr and Matthew Stafford. 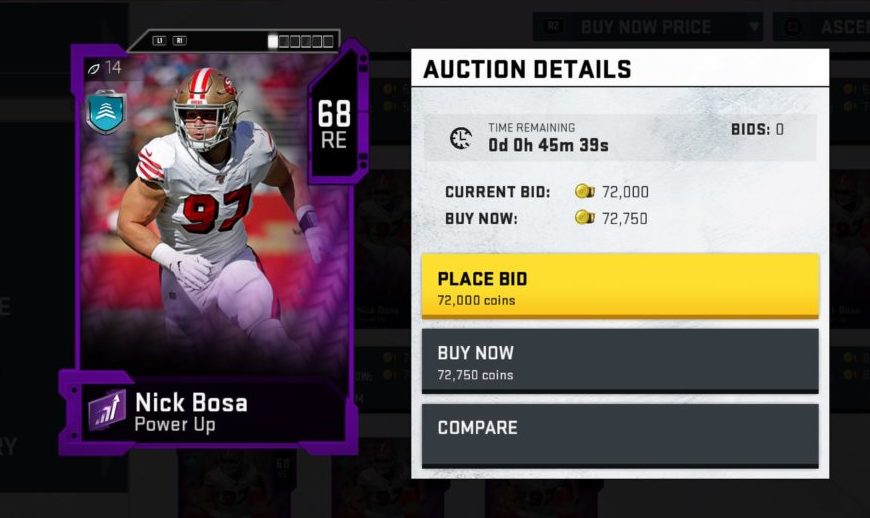 It should come as no surprise that Lamar Jackson’s Power Up is easily going for the most money right now at roughly 230K on PS4, according to MUTHead. Jackson will get a new card at some point, but this Power Up easily puts him into the upper echelon of QBs (if he wasn’t there already). 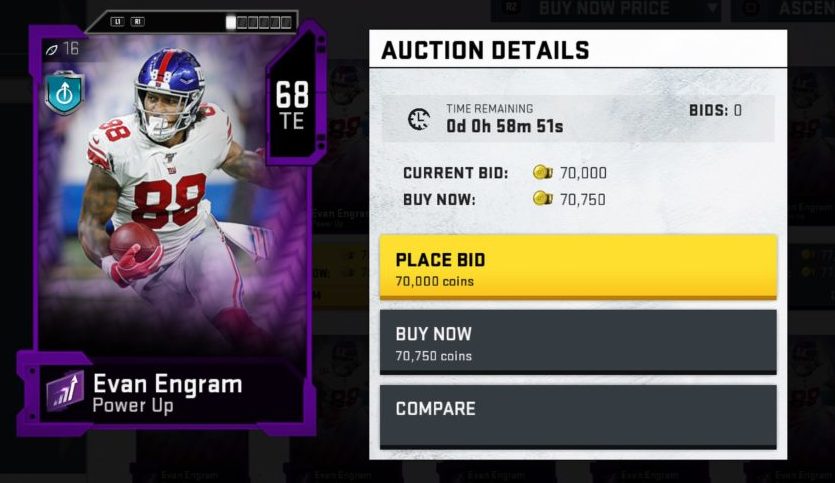 Evan Engram is an incredibly popular TE in MUT this year (as he should be, he’s really good in MUT), and his Power Up is going for 40-50K so far. Engram and Jackson are probably the most in-the-meta players in this Power Up batch, so these prices align with reality. Derek Carr is going for 30-40K and Nick Bosa is at around 30K, and those wrap up the biggest gets in this group of Power Ups. 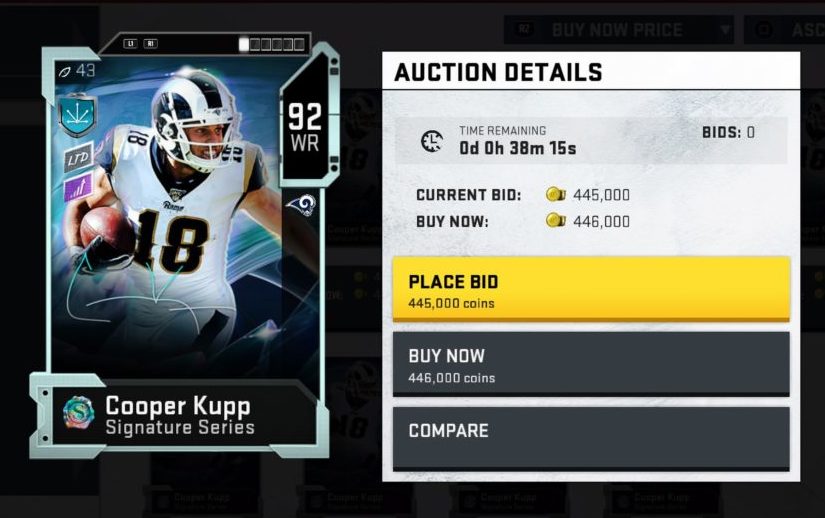 Catching up from yesterday, we also got Cooper Kupp and Quinton Dunbar Signature Series players. Kupp is an all-around solid card, but he’s a little below the new Tyreek Hill because speed is the meta (as it generally always is) for MUT. The Dunbar has 89 man coverage and 84 zone coverage. Dunbar is going for north of 300K and Kupp is going for north of 400K so far. 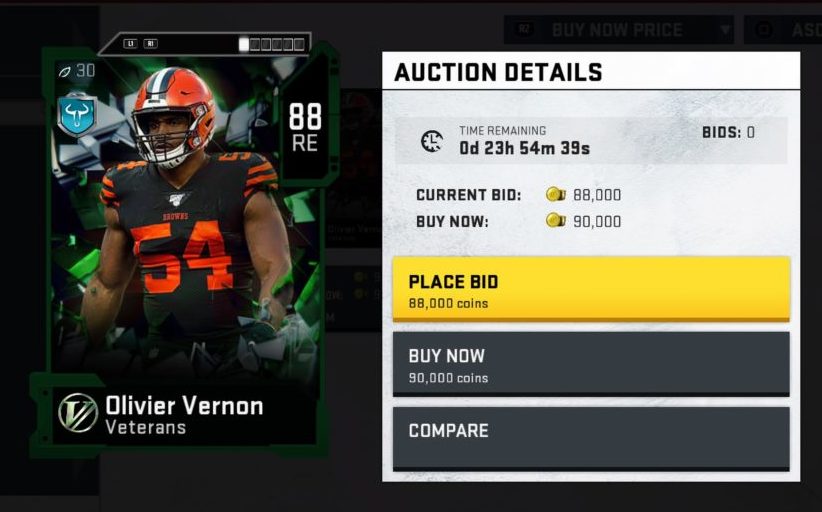 Lastly, on top of the Power Ups, EA released two new Veterans, Olivier Vernon and C.J. Anderson. Both these cards are sitting around 70K or so, but I don’t think either will be must-haves for many.

Official Madden NFL 20 Roster Update For Week 10 Available, See The Changes Here
UPDATE: EA Sends Out Another Fix For Madden NFL 20 Franchise Online Modes, Having Any Luck With Yours?