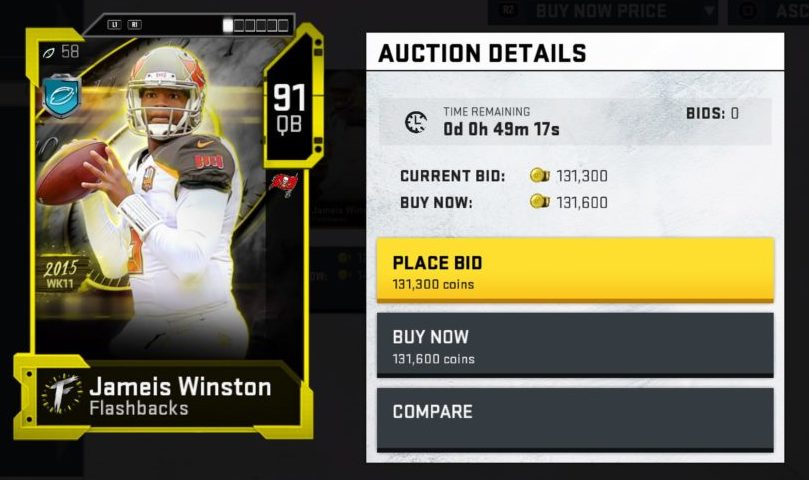 We got our usual duo of Flashbacks today in the form of Jameis Winston from 2015 and Preston Smith from 2016.

Starting with the Jameis Winston, this card is a 91 overall but doesn’t break into being very interesting territory. When compared to Steve Young for the Buccaneers theme team, it’s close, but I probably would still use the Steve Young. Young has 81 speed (Winston has 78) and slightly better medium route accuracy. Jameis has him beat by a pinch with throw power and short accuracy.

I also don’t know how much even Bucs fans want to use Winston considering the state of his game. 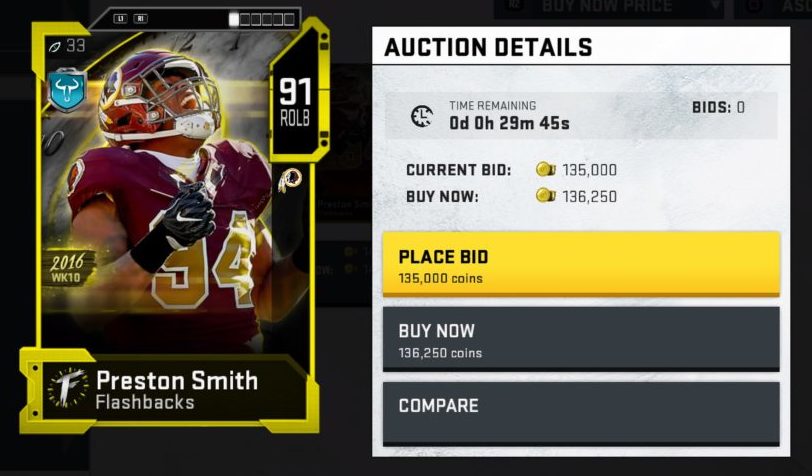 Preston Smith is the defensive Flashback this week. His theme teams would be Green Bay and Washington. I think this card has a place if you want to go slightly off-meta or want to go with the theme teams. His acceleration is 88, which makes up for the 81 speed. His zone coverage is 63, which is also good enough if you want to user and control him. He will still have some issues with the run, and some people have very specific pass-rushing uses for their OLBs, but again, I think you can find a place for this card in a good variety of teams. His cost isn’t unreasonable either at about 130K.

That’s all for now, we’ll be back tomorrow with the Team of the Week. For those who partake, good luck with your Weekend League rewards when you open them tomorrow.