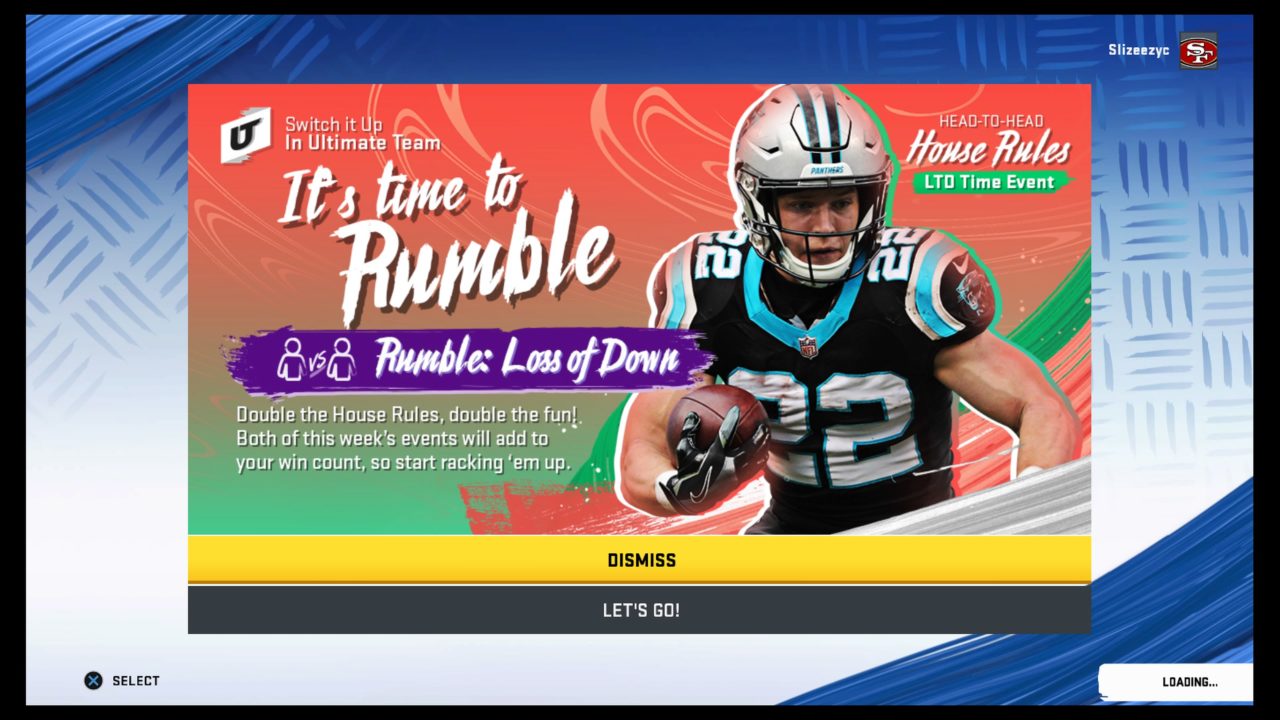 House Rules are back this week in Madden NFL 20 MUT with the “RUMBLE” event. To be upfront about this, I think I’m not out of line to say if you’re in this for rewards, then there’s easier rewards to be had just doing Solo Battles. That being said, if you can rack up 130 wins in six days (yoinks), then you will get a random Series Redux player.

The rules for the first three days revolve around getting first downs on 1st and 20. You only have three downs to get a first (you’re rewarded for each one) and an interception automatically wins/loses you the game. The games are 3 minutes long so these will go somewhat fast, especially because you will no doubt forget you only have three downs more than once.

Later in the week, the event will switch over to “OT with a twist” so we’ll see what that entails. 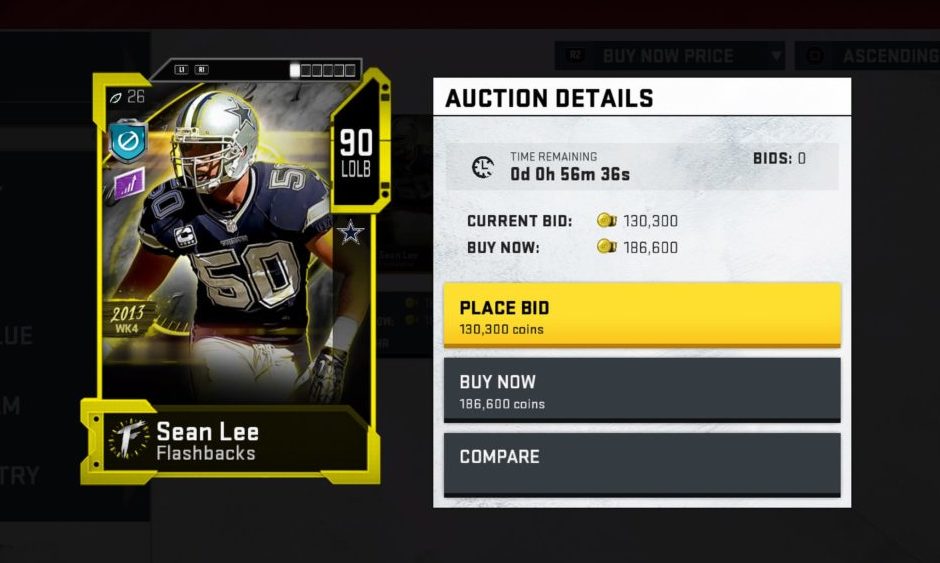 On the cards front, we got two new Flashbacks: Sean Lee and Lamar Miller. Sean Lee is probably too slow to be viable. Even in the run meta we’re in right now, he’s not quite going to be good enough I don’t think. MUTHead has Sean Lee at 150K coins right now. 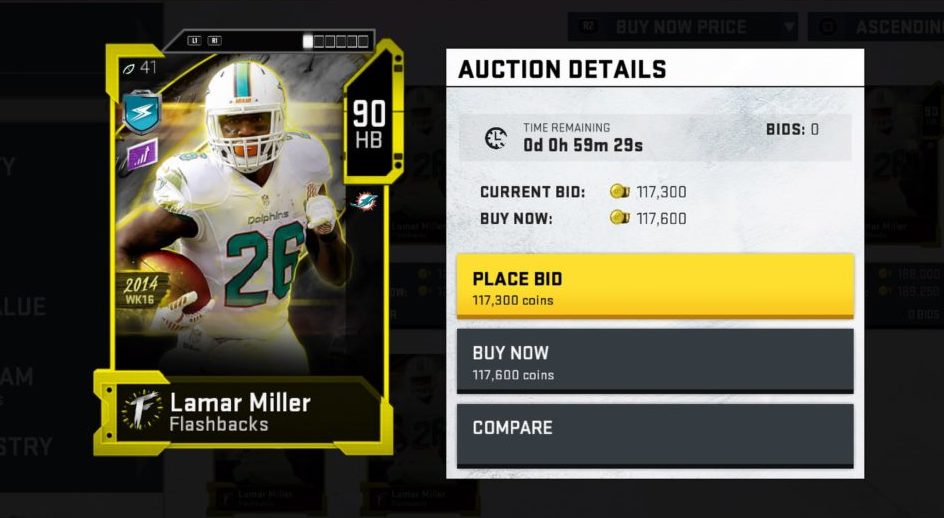 Lamar Miller is the other card here, and he’s somewhat more usable, especially on a Dolphins-centric team. He has base 89 speed, and that will get over 90 with the Dolphins chemistry. He’s going for about 115K right now, according to MUTHead. 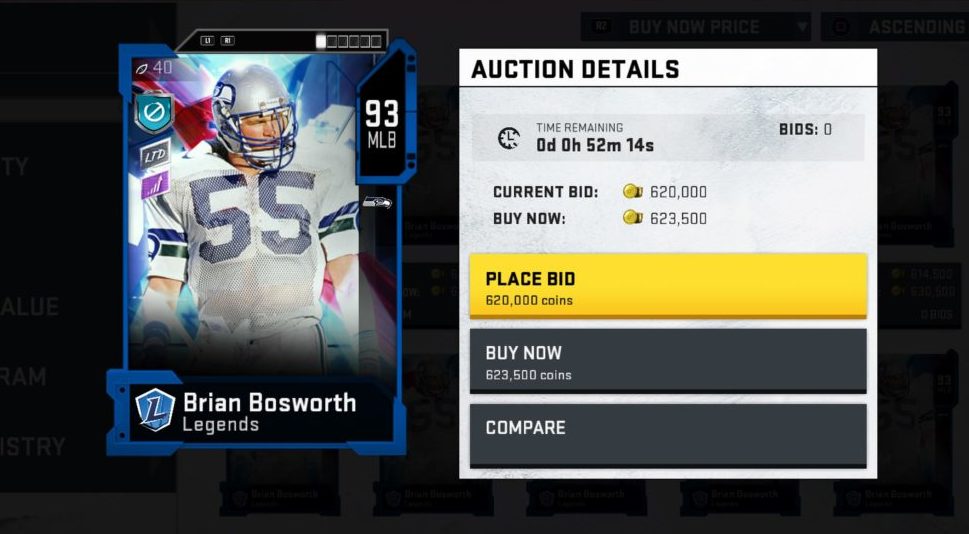 Catching up on some of the cards I missed over the weekend, Brian Bosworth is the obvious notable Legend here. Some people were whining about Bosworth getting a card like this, but MUT is about fantasy, and it’s also about tapping into the hype. Bosworth had all the hype when he came in the league, and that’s more what this card is about. He’s an absolute monster ratings-wise, matches up well with the likes of Ray Lewis, and seems like a must-have if you want to plug up the run. He’ll cost you too as he’s still north of 550K, according to MUTHead.

Keith Bulluck was also released in Legend form. He’s a solid option as well, and he’s more to help out with pass coverage. He’s not as needed as Bosworth — he’s the consolation prize for sure of the two — but he certainly has his place.

The other card I missed was Legend Dallas Clark. Again, in a different game he’d probably be way better, but his run blocking is just so bad it’s hard for most teams to want to use him. His speed is great, he’s going to help you out for sure in the pass game, especially with the “best” tight end still being somewhat up for debate in MUT right now, but I don’t think this card is it. He’s at roughly 220K on MUTHead as of now.

UPDATE: EA Sends Out Another Fix For Madden NFL 20 Franchise Online Modes, Having Any Luck With Yours?
Madden NFL 20 Ultimate Team: Team of the Week 10