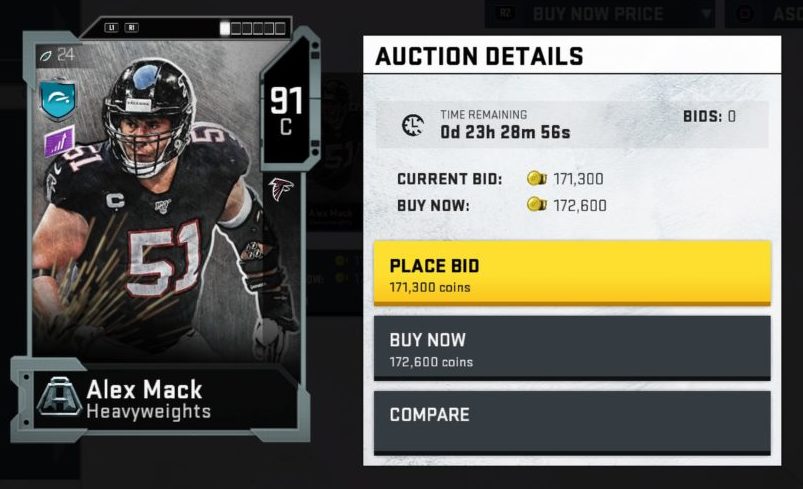 Heavyweights is what we’ll all be tomorrow during Thanksgiving, amirite? I’ll be here all week folks. Anyway, two new Heavyweights join Madden NFL 20 MUT today, so let me take a quick look at these big boys.

Alex Mack has not had his best pro year, but the Falcons have not either so let’s just say the Falcons are cursed this season (also let’s not look at their cap sheet as it’s a nightmare). That being said, this is going to be a very good run blocking center who won’t quite meet those same high marks as a pass blocker. He gets 95 awareness, 89 strength, 92 run blocking, 89 run block power, 92 run block footwork, 82 pass block, 83 pass block power, 81 pass block footwork, 92 lead blocking, 93 impact blocking and 66 agility.

So what you have here is someone who won’t be quite good enough to be Powered Up to become a top tier pass block center, but he’s already there as a run blocker. Again, the meta is what the meta is, so this is not necessarily a huge negative for Mack to have these strengths and weaknesses.

Side note, do you think Alex Mack is offended or proud that he can’t beat out The Secret World of Alex Mack in Google search as the top result? 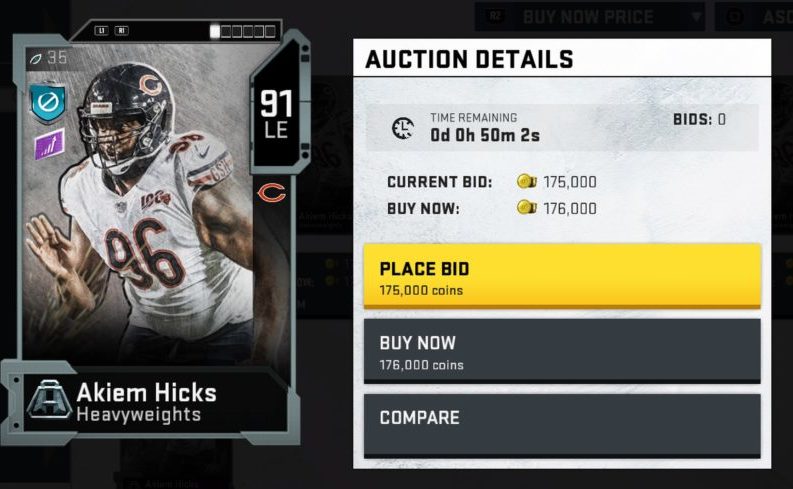 Akiem Hicks checks in as a 6-foot-5, 336 pound LE — holy crap. He has 91 strength, 92 block shed, 91 pursuit, 87 tackling, 81 power, 96 awareness, 96 play recognition, 89 power moves and 66 agility. I really like this card, personally. I think he’s a tier below some of the best ends, but as a player who will stuff the run and sniff out whatever the offense is doing from the jump, he’s going to be a load to deal with down to down in a 3-4 system. He’s not quite a budget price considering the position he plays on your team, but he’s someone who is definitely worth checking out if you have some extra coins.