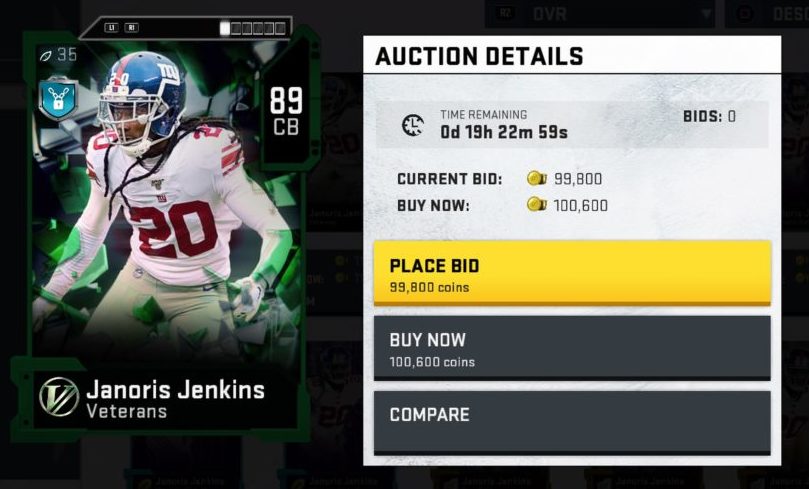 The two new Veterans cards weaseled into MUT yesterday along with the Series 4 release (and ongoing chaos tied to that release). They are the just-cut-from-the-Giants Janoris Jenkins and Dion Lewis.

Janoris Jenkins will work on Giants and Rams theme teams.

I wish there was more to say about this card, but Jenkins is simply not very good. At 89 overall, I really expect more than this, but he just does not do enough. The man coverage rating is okay, and he’s not slow, but since he only fits on two theme teams it hurts his value further. With the Veterans cards overall, they’re not really great cards in the grand scope of things in MUT. So when these players only have a couple teams they can be attached to, they generally don’t have great value. That is Janoris Jenkins in a nutshell. 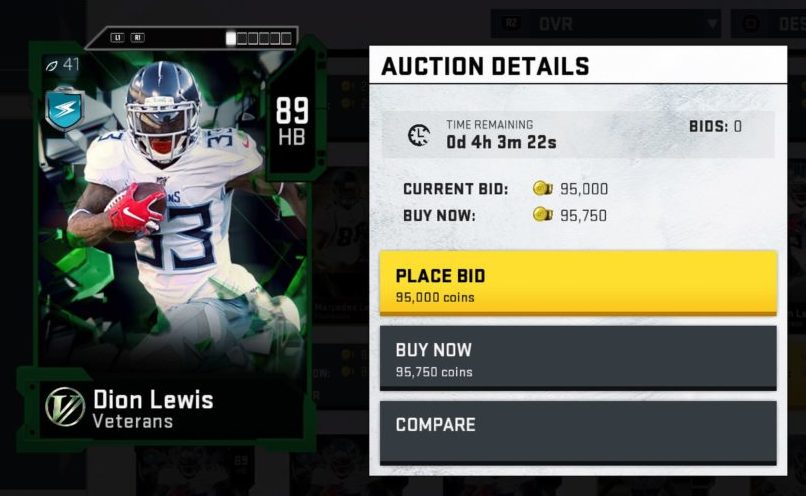 Dion Lewis will work on the Eagles, Patriots and Titans theme teams.

Here is one of those cards where having three teams available to it helps. Lewis is workable on the Eagles, and he’s not terrible on the Patriots either. I would love to see his speed and catching be a little higher because then he would really fit in nicely, but this is okay. The biggest issue with Lewis is he’s not as helpful because passing is not as useful this year. However, he’s quality enough to be able to be out there on third downs, and he can be a change-of-pace back on your theme team. Overall, he’s irrelevant because of the NFL 100, but that’s the story for most every RB not involved with theme teams.