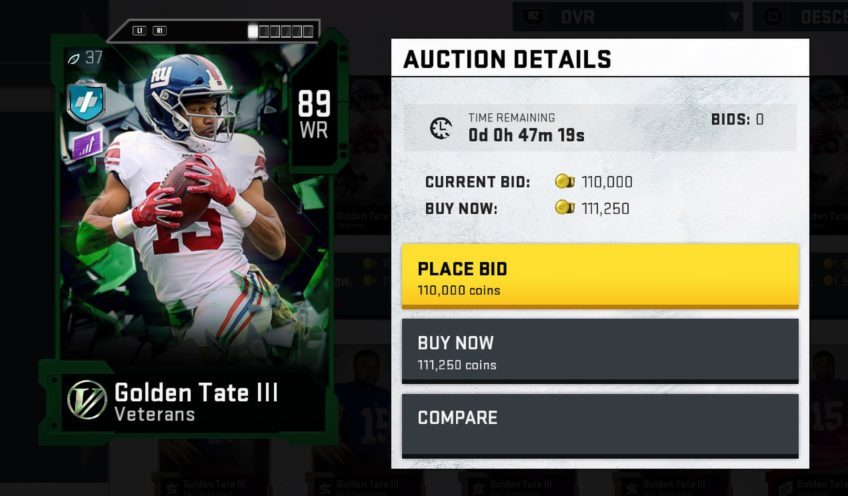 Catching up on some of the players we got yesterday — the NFL 100 analysis will come later — let’s look at Veterans Golden Tate and Cameron Wake.

Starting with Golden Tate, he has played for the Seahawks, Lions, Eagles and Giants.

The only theme team really in any way “starved” for receivers at this point is probably the Seahawks.

As for Tate himself, he fits the slot role well with these stats. He’s not a burner and his release is just so-so, but he’s creative after the catch and he’s a solid short-route runner. You need to theme team this guy if you want to use a “competitive” team with him in it I think, but that’s the whole point of Veterans cards. On top of that, Tate does get Slot Apprentice as a tier 2 ability.

So in a perfect world, you’ll have a shifty slot receiver who hopefully does not drop too many passes due to the 84 catching. 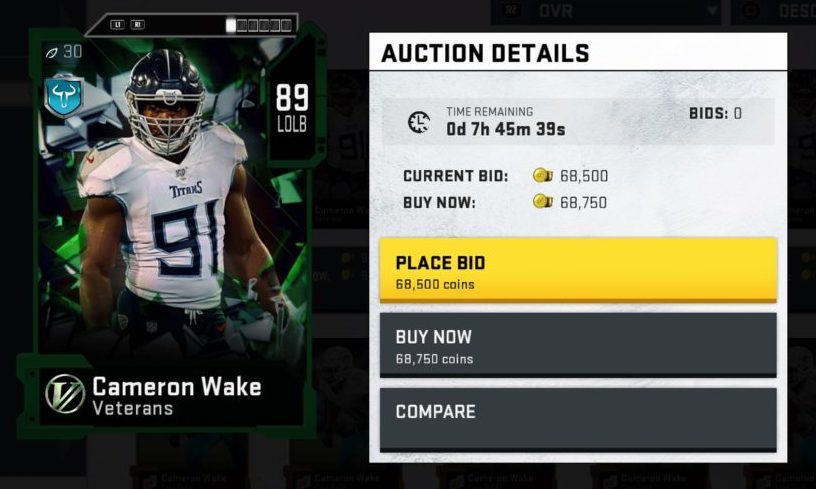 Wake holds a special place in my heart as I feel he was criminally overlooked in Miami for far too many years. That being said, this card is a little confusing to me. His rating drops hard when put at end, but he’s played plenty of defensive end in his career. He’s also only played on two teams, which makes it a little weird to make him for theme teams. Lastly, I never considered him just a power rusher, but that’s more or less what he is here.

With that out of the way, he does get Power Specialist as a tier 2 ability, and he should still be a good power pass rusher overall from the outside. He’s awful in coverage (as he should be) and the block shed rating is not great, but he’s going to be a “budget” option if you want a solid outside rusher in a 3-4 scheme. He also might be weaker against the run, and you should send him on a blitz every play, but he will have situational use at the very least.