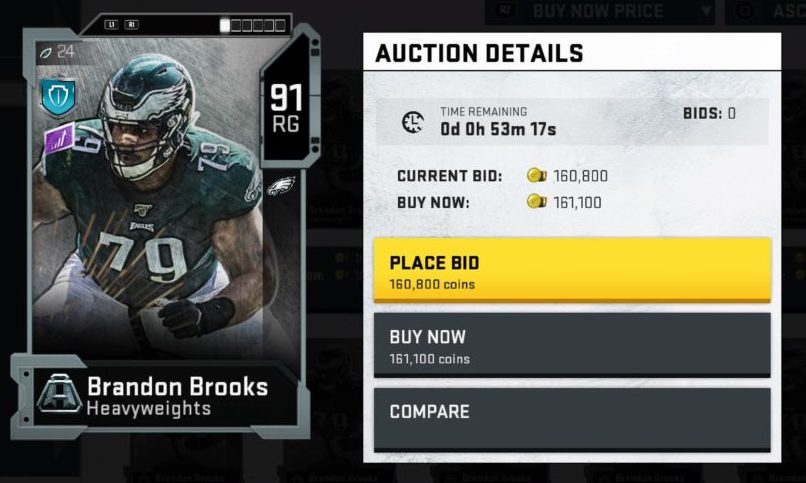 The Harvest promo reveal just happened on Twitch, but while I catch up on that, I have to call out the usual duo of Heavyweights today in the form of Mario Addison and Brandon Brooks. 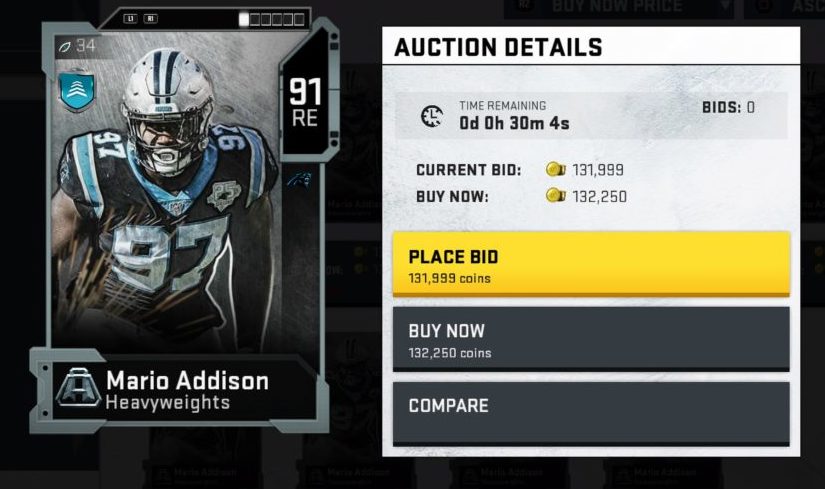 Mario Addison has played for the Colts, Bears, Washington and the Panthers. The appeal of this card will really only apply to theme teams, and even then it’s got clear strengths and weaknesses. His awareness is 88, finesse moves are 92 and play recognition is 88. The tackling at 88 is solid as well, and 78 speed isn’t the worst. That being said, there are much more interesting defensive ends so this one, again, has finite uses.

Brandon Brooks has played for the Texans and the Eagles. The Eagles already have an awesome offensive line and this just adds to it. With the meta being what it is, the card does lose some appeal because it’s stronger for pass blocking, but it still looks solid. It has 90 pass blocking and 87 impact blocking to go with 93 strength. The run block sits more in the mid-80s, but the speed at 69 to go with 80 acceleration and 66 agility is really solid for a guard. At worst, he will be a mobile guard, but I remind you that guards are not hugely important in this year’s game. Much like the real NFL, the tackles are still the most important, especially for a passing scheme, which is more what Brooks fits into.

But okay, time to scope out the Harvest promo so I’ll be back in the morning with a breakdown of that. The Harvest promo goes live tomorrow, but again, EA revealed a lot of it tonight — check the link at the top of the story for that!