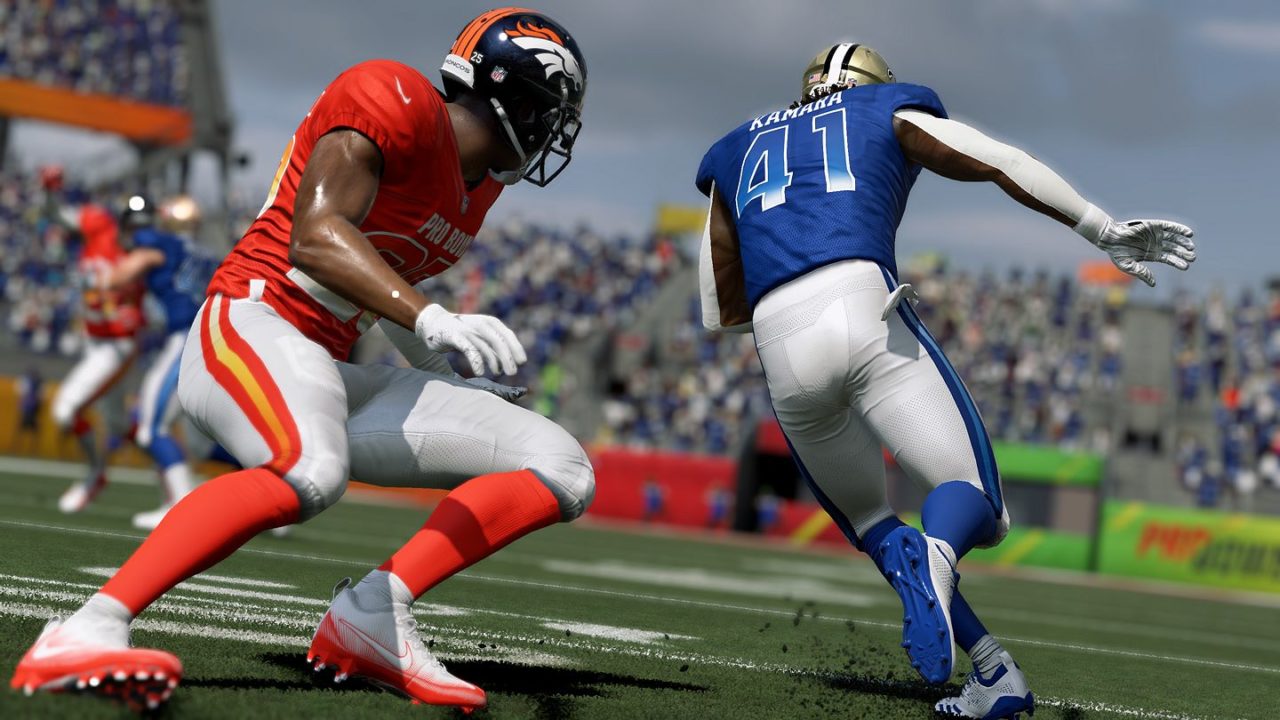 The team looked for ways to make players feel different from each other, not only for the Superstars and players with Superstar X-Factor abilities, but with players that don’t have abilities, as well.

Going deeper into it, they divided players players into tiers, based on their on-field performance.

By increasing the ratings of the elite/near elite players, and decreasing the ratings of everyone else, the stars began to stand out even more than they did before. We went through every single attribute in the game and stretched them by position. For example, in Madden 19 there were 53 corners with 80 or better Man Coverage. There are 42 in Madden 20. We also raised the ceilings on some of those ratings to further the gap between the elite and the rest.

Next, we re-defined what is considered “starter quality,” which is probably the biggest change of this system. In Madden 19, 54% of the roughly 2,900 players (including free agents) were 70 OVR or better. In Madden 20, 41% of the players are at 70 OVR or better, which means that both low-level starters and depth players can be rated in the 60s—and maybe even 50s. From a gameplay perspective, this creates a drastic drop off from starter to backup. This solves a big issue. In previous Maddens, backups were almost plug-and-play if a starter was injured. But now, with the severe drop off in ratings, starters will have a distinct feel, while you will struggle much more with their replacements.

Furthermore, we slightly tweaked the overall formulas for every player archetype. With the changes we made to the QB (the West Coast archetype has been changed to Improviser) and WR archetypes (changing Possession to Route Runner and changing Red Zone Threat to Physical) we wanted to ensure that players were being labelled correctly. We created new overall formulas for these archetypes and adjusted the weights on the existing overall formulas to put a greater emphasis on the more impactful ratings per position.

Lastly, the greatest ratings stretch occurred for QB Throw Power, which is paired with the gameplay changes to pass trajectory. Without getting too deep into the pass trajectory mechanics, we lowered the maximum velocity for passes to help add more trajectory to all throw types. Because of this, players with high throw power will have less trajectory than QBs with weaker arms. In Madden 19, 53 QBs had a Throw Power of 90 or better, with 80 being the lowest. In Madden 20, 18 QBs are at 90 or higher Throw Power, with 72 as the lowest at the position. Every single QB is still a viable gameplay option, but you will need to pick your passer carefully to ensure they fit your playstyle. 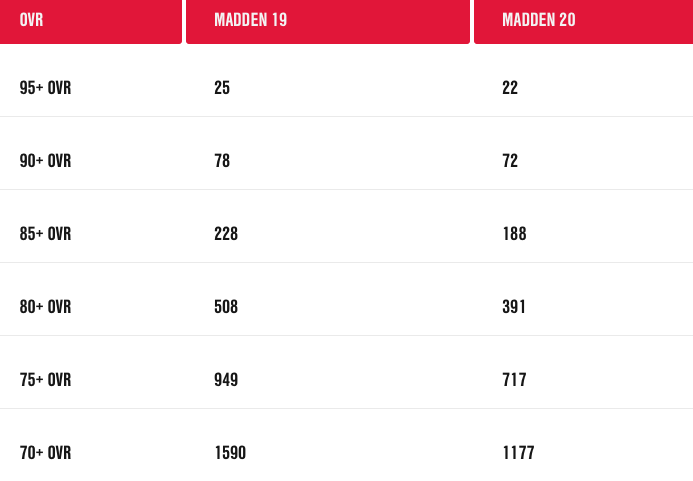 Watch Ratings Stretch Coming to Madden 20 with Dustin Smith from EAMaddenNFL on www.twitch.tv