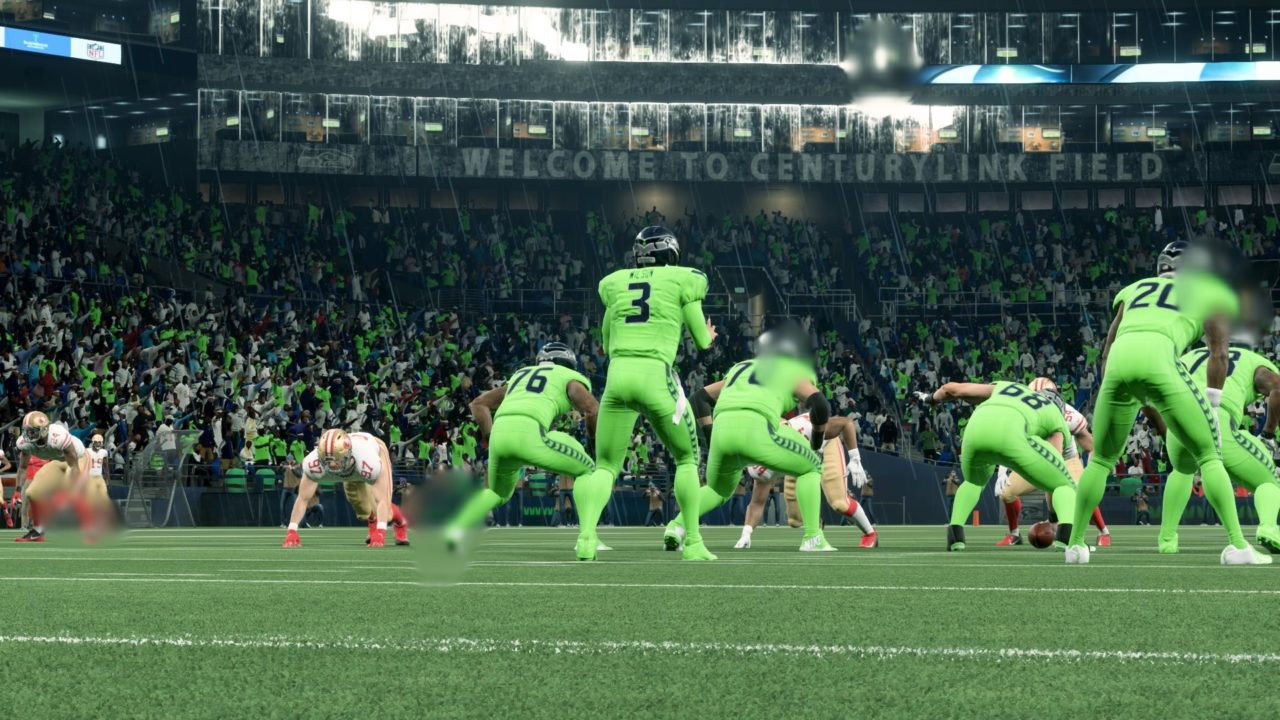 For fans of football, the only thing you can rely upon as much as the release of a new Madden game each year is the accompanying disappointment when the game doesn’t live up to the kind of action on the gridiron that you’ll see across the NFL every week. For all the incremental improvements EA may make year after year in attempting to have their video game resemble the sport that we love, there are inevitably areas of the game that continually fall short when it comes to realism. These flaws constantly threaten to ruin the level of immersion one hopes to experience when playing the game.

Naturally, Madden 20 is no exception to that rule. In some respects, it’s even somewhat understandable. With regards to re-creating sports within video games, there may be no sport more complex than football. On any given play, there are 11 men on each side of the ball who are expected to behave in ways that show some level of human awareness, executing intricate play art while engaging in a number of nuanced interactions across a spectrum of positions that all demand something slightly different. It’s admittedly a tall order to have all that translate into something resembling real football.

But that doesn’t make it any less frustrating to find glitches and oversights, some which have persisted for years, alongside faulty game mechanics that regularly ruin the fantasy that you’re playing an actual NFL game. Some of these are more minor annoyances than they are game-killers, but it’s precisely these subtle details that can derail the entire enterprise at times.

We’re not talking about broader issues like the run game being totally overpowered, or franchise mode not being everything we dream it could be. No, instead these pet peeves consist of things that too often will destroy any semblance of Madden representing something that you would see on a Sunday, and leave you scratching your head or even perhaps reaching for a different game.

Let’s say you’ve just finished a game of Madden and you’d like to re-live some of the key plays that decided the outcome of the game. Fortunately, Madden 20 has you covered by allowing you to see the result of every single play that happened throughout the contest. So you go to utilize this feature by highlighting one specific play and click on the option to view a replay of the play in question, only to find an error message telling you that no replay actually exists of that play. Say what!? 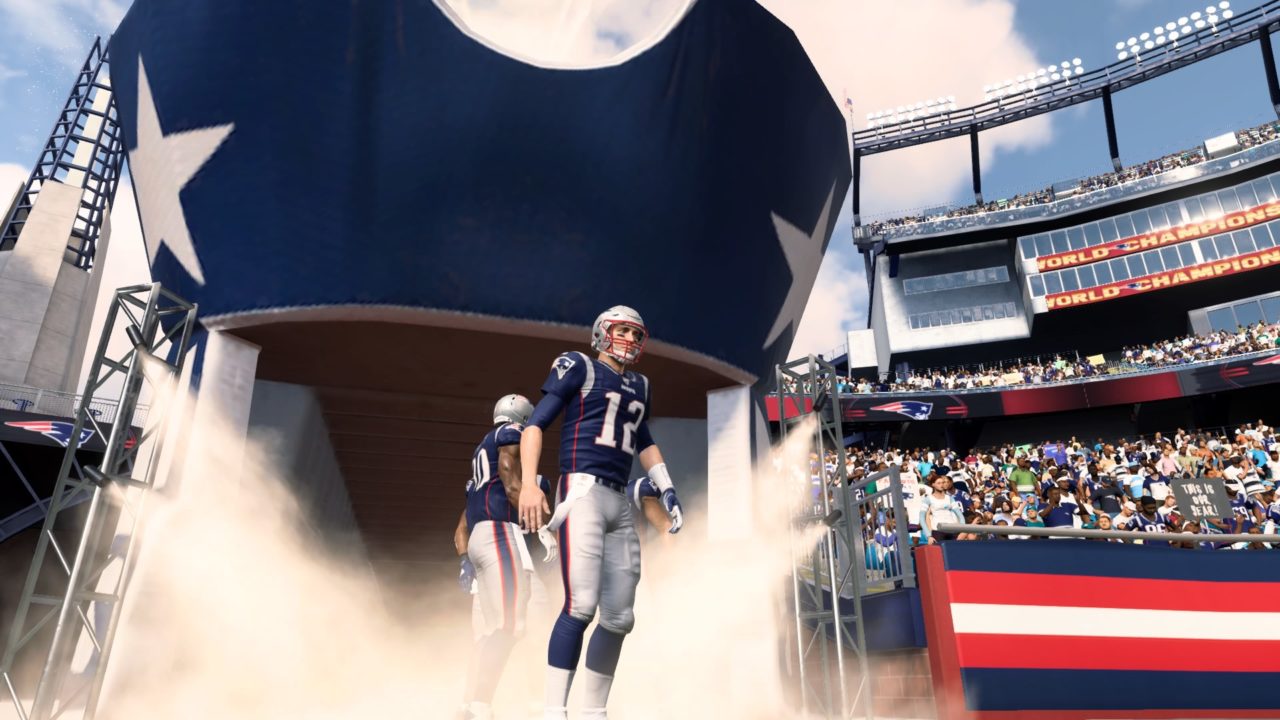 To be clear, this doesn’t have to be just some inconsequential 2-yard run that has little impact on the game itself; this can instead be the key highlight of the game, like a 99-yard catch and run that was the defining moment of the result. It doesn’t matter — you still can’t view that play. Look, I understand if the game can’t store every single replay from a game, but I feel like viewing highlights from the game should at least mean having the opportunity to access all scoring plays. You know, like you’d see in an actual highlight reel of the game on any sports show.

While we’re at it, I’m old enough to remember when early editions of Madden had occasional interruptions to your game in order to show you highlights of other games that were happening at the same time, just as you would see such updates during games on Sundays. Now, here we are and they don’t have these kinds of breaking updates in franchise mode. How is that possible or even remotely acceptable from a Madden game in 2020?

Considering how in previous years of Madden that there’s been too little to differentiate the truly elite quarterbacks from the mediocre ones, it’s appreciated that in Madden 20 there’s at least been some effort to represent the gap in abilities that clearly exists. The trouble then in translating that gap to Madden 20 is how and when it exactly comes into play throughout the course of a game. The difference between the accuracy of an Aaron Rodgers and a Mitch Trubisky might be witnessed in real life by how Rodgers is able to lead a receiver perfectly with a throw in a tight window. Trubisky, on the other hand, could force that same receiver to make more of an adjustment with a throw slightly high or behind him. These minute differences aren’t reflected with all that much nuance in Madden 20.

Instead, the way these differences are shown within the game is that Rodgers will have pinpoint accuracy on a quick slant over the middle, while a lesser quarterback like Trubisky is more likely to toss the ball about five yards in front of his receiver. It’s fair to think that no NFL quarterback would miss quite this badly on routine throws. On top of that, there are probably better ways to show the subtle differences in ball placement between good, great and average quarterbacks that does not just involve making the lesser ones throw incredibly awful passes that make them look like Pop Warner quarterbacks rather than professionals.

A common complaint for NFL coaches in 2019 would be that, despite the new rules regarding pass interference being something they can challenge (thanks to the no-call at the end of the Saints-Rams NFC Championship game last year), the officials rarely decide to change the call on the field whenever the red challenge flag is thrown. Similarly, Madden players have been forced to come to terms with the fact that even though there’s clearly an option within Madden 20 to challenge questionable calls during games, it’s likely that when you push pause and go to exercise that option, the game won’t actually allow you to challenge anything. Just as with those NFL coaches this year, you’re often left asking yourself “but why is it even in the game then?” 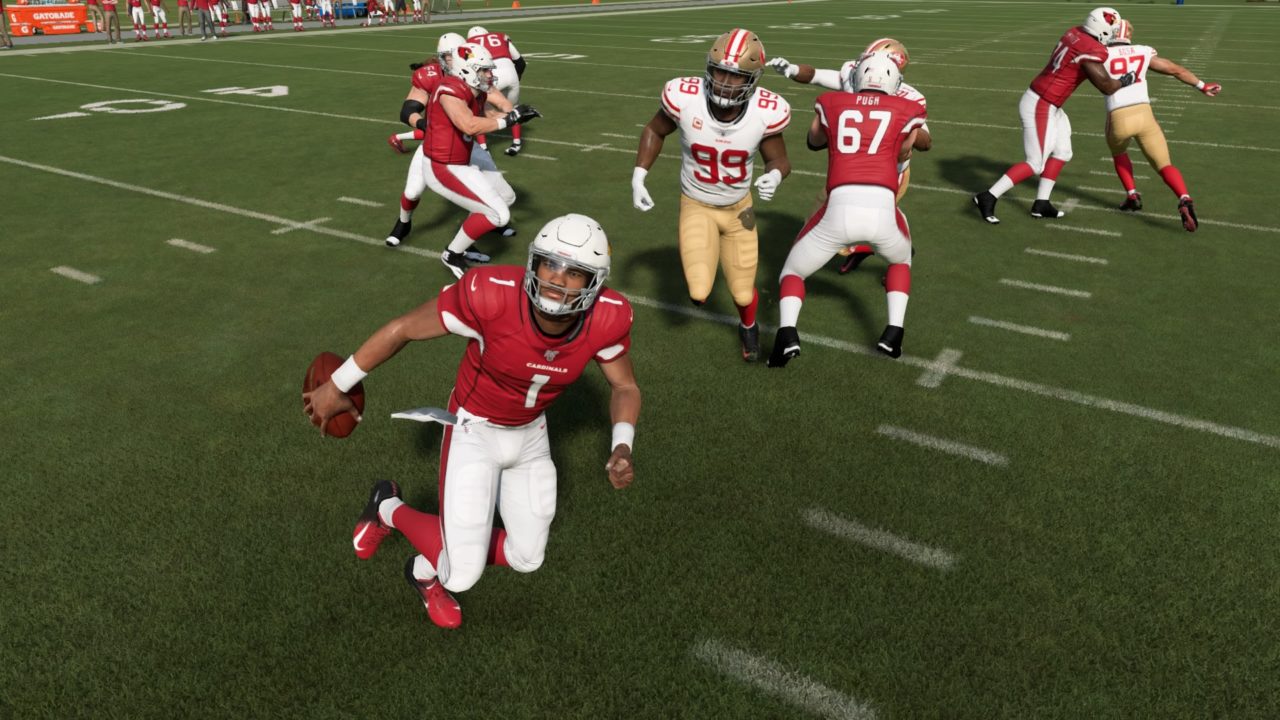 Look, I get that it’s probably a little difficult and counter-intuitive to program referee mistakes into a game, but it’s quite another thing to be able to watch a replay where a receiver clearly doesn’t get both feet in bounds when making a catch and not be able to do a damn thing about it.

We’ll be back with part two of our pet peeves tomorrow. What are those smaller things that drive you crazy in Madden this year?