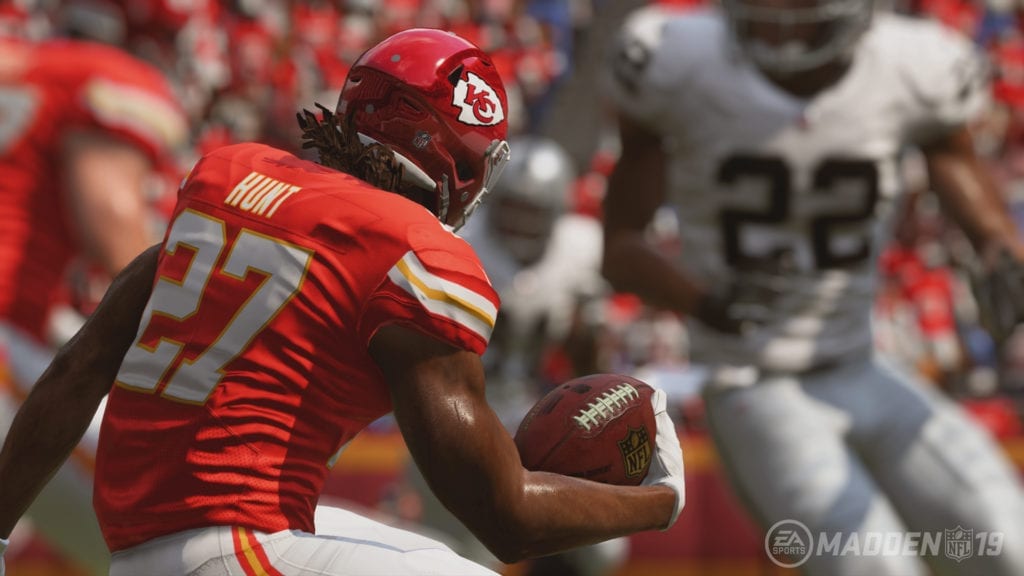 With all of the new gameplay mechanics like Real Player Motion, tackling, and the new Cover 4 Match and Palm, how do you balance between the different playstyles? And will there be a more distinct difference between them this year?

Ben Haumiller: That’s always an interesting thing for us. How do we satisfy everyone who wants to play this game? We see this all the time in places like the OS forums where all the time you’ll have a situation where one guy is feeling strongly about something, and then someone else comes right behind him and says the exact opposite — and he feels just as passionately about that.

For us, it’s how do we provide that balance? How do you find things that we can build that satisfy both sides. Playstyles are one way where we can put things that are tuned a certain way for competitive style — and the same goes for Simulation or Arcade. How you want to play the game is something we’ve worked on so that the game will play a little bit more to your style or preference than previously.

When we look into building features, you have to build it with the core of what’s true to football first. Then you go from there and say, “Okay you got the core piece in, now how do we have this for the competitive guy? What is the difference between that and how does the Simulation guy want this to play out?” Clint [Oldenberg], our lead gameplay designer, is always going to try to figure out how to build these things out the right way so we can satisfy all three playstyles because we can’t build it for just one. You’ve got to build it so that everybody can enjoy it in the way they want to play it. 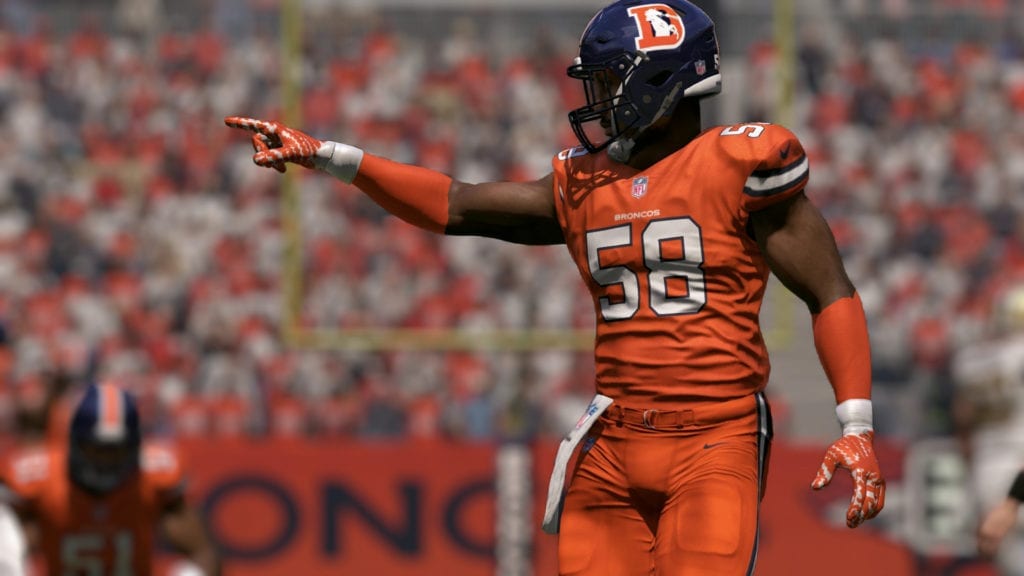 For the new schemes in franchise mode, are they merely a new means of progressing players or will there be a tangible on-field effect for being as close to a perfect scheme fit as possible?

Ben Haumiller: So we’ve had schemes in the game for a few years now but they never truly had an effect on everything you were doing, so we took the opportunity to make schemes truly matter for you. But also the overall progression system along the way matters, and we have that feed into one larger feature of this game with progression. With the progression this year, you’re no longer upgrading individual ratings one at a time. You’re now choosing between four different archetypes per position group for how you want to improve your player.

You’re not locking him in to just one type of player like “Deshaun Watson’s always going to be this type of quarterback.” Another example is Jimmy Garoppolo: How do you want him to develop over the course of his career? Our way of looking at quarterbacks is you have four different styles that are in the game. We’re looking at a Scrambler, a Field General, a West Coast and a Strong Arm. So how do you want to progress him along the way, and how is Garoppolo going to fit with what the 49ers are trying to do? What is Kyle Shanahan trying to do there? Is he trying to change his scheme to fit the players he has, or is he going to have to find the players that fit his scheme and what’s that look like along the way. You might need to change schemes in between weeks and it will adjust how players progress throughout the season.

For each player that comes in, being a scheme fit will give a plus to their weekly XP that will effect how they progress. The true benefit of having a scheme fit is, for example, free agency. Say you were going to sign one of two players that you need, a free safety at 75 overall and one that is 80 overall. The traditional Madden logic is you’re going to choose the 80 overall every time. It was an overall game. Now with scheme fits, that 75 overall that fits your scheme will progress faster than the 80, and has much better potential to end up a better player overall because he fits what your scheme is for your team. So now you have the concept of “okay do I need to win right now with the 80, or can I do a little longer play with a 75 and eventually make him better?”

So there’s no actual thing where having a hundred percent scheme fit will give your players plus-five attributes across the board, but rather because your players are progressing faster in the archetype that fits your scheme [you’ll see bigger gains in the long run]. So if you’re building your team around a particular scheme, those players — based on their ratings — are going to be best at running the plays that you want to run in game. And our play-call logic and the AI have been improved so that they’re going to call the plays that make the most sense based on what the team is schemed to do.

So it has a secondary use in that your scheme guys will be better on the field, but that’s because they’re progressing faster and also they are better suited to run things — like more agile linemen being better on a stretch run than the big mauler. It really changes how fast you can move players up, and it gives you a reason other than just overall to figure out why you should want to sign a certain guy to your team versus another guy. 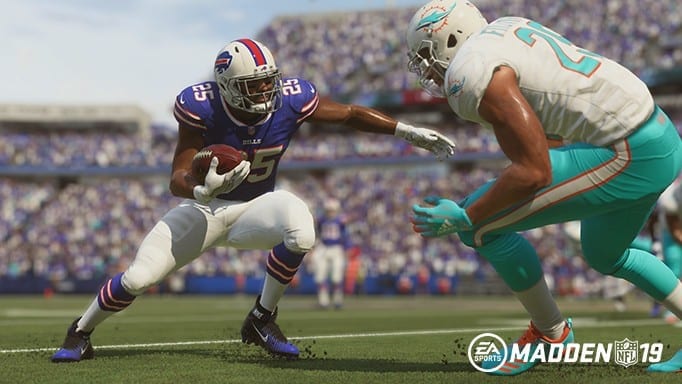 Can you tell me how the new regression system works? Having been in 32-user leagues, a player like Antonio Brown would be released after a couple of years because once he reached a certain age, his speed would drop far and fast. How has this been addressed?

Ben Haumiller: A lot of work went into regression and, actually, into player generation too because there are two sides of the coin there. Because of those scheme fits and those archetypes, we had to re-create how we create every draft prospect because you want to have a nice balance of guys that are at each position. At quarterback, for example, you don’t want to have a league that was all Strong Arm guys seven years down the line because the random roll of how guys are created ended up being all Strong Arms coming into the league. We want to have a nice balance between different archetypes at every position.

So then you have to think about the regression side of things, and the progression as well, so that you know when a guy hits a certain age, yeah his speed is not going to go up anymore but it doesn’t automatically mean he’s hit that wall. So a player [isn’t automatically] going to be like Felix Jones that came out of the combine running like a 4.3 40 and then three or four years later he’s at that veteran combine running a 4.6. He hit a wall really early and guys are going to be different. Some guys are going to prolong their careers like an Adrian Peterson-type guy who seems to just keep going and going forever — or looking at Tom Brady now or Drew Brees, guys like that who are getting up there in years but are continuing to excel at an older age.

We’ll still have guys like that in the game that are rarities in the league that will do that. But you also want regression to happen naturally, so you are able to use your scheme fit upgrades to try to fight some of the effects of aging over time because of the different type of archetypes.

Any change to relocation cities and uniforms? Can we pick a different team name if we relocate to Vegas?

Ben Haumiller: No changes to relocation or any of those fictitious uniforms. We do have all of the new authentic uniforms coming in. We work with the NFL very closely and they tell us what can or can’t be in the game, and in regards to choosing Vegas nicknames they wanted us to just leave it as it is until the Raiders are actually there.