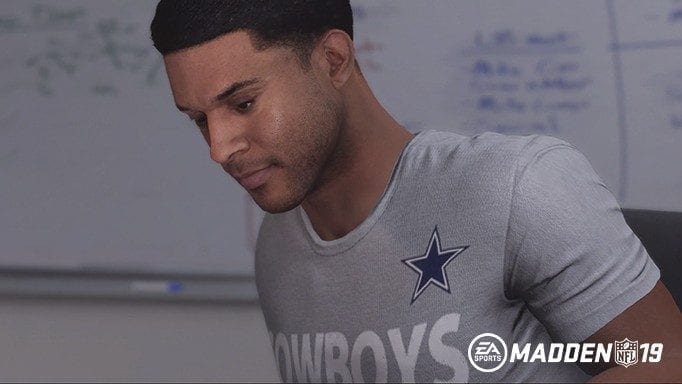 EA Sports has revealed Longshot will make its return in Madden NFL 19 for season 2, calling it Homecoming.

Longshot broke new ground for Madden last season. It not only delivered the franchise’s first-ever story mode, but it gave gamers a new way to experience the NFL with an emotional story and engaging characters.

Following last year’s critical acclaim, fans can continue the story of Devin Wade and Colt Cruise in Madden NFL 19. Longshot: Homecoming delivers more depth as these beloved characters continue their personal journeys, on and off the football field.

Just like other features in Madden, fan and community feedback were the forefront of development. One of the common requests was that gamers wanted to feel more involved with Longshot from a gaming perspective. With that, this season players will be taken through four times the gameplay and be thrown into even more on-field action.

Players will continue to track Devin Wade and Colt Cruise on their journey following the results of the reality competition that propelled Wade’s football career into the spotlight. In this season of Longshot, Wade starts training camp with the Dallas Cowboys.  Players will control Wade’s story in his quest to prove he belongs in the NFL. Cruise’s story focuses on his attempt to get another chance in the NFL while off the field obligations tear him further away from his dream.

Longshot in Madden 19 also takes its immersive gameplay outside the story mode. Now, you will be able to continue Devin and Colt’s narrative in Madden’s other popular game modes, Connected Franchise and Madden Ultimate Team. See if you can take Devin to Super Bowl glory in Franchise while building the legend of Mathis football as Colt looks to guide his high school to gridiron success.

Plunge into a storyline with immersive gameplay and depth surrounding their favorite sport when you take your football prowess into the Homecoming in Madden 19. 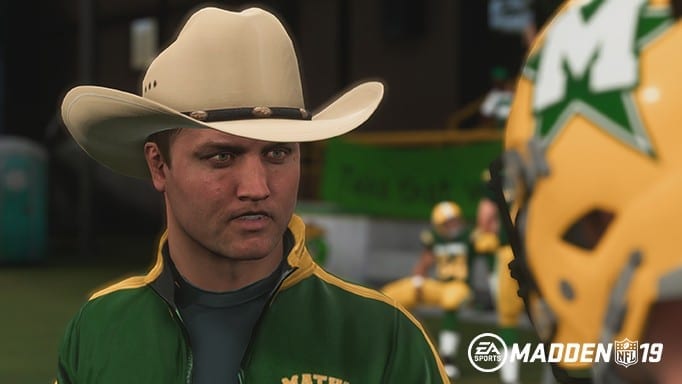