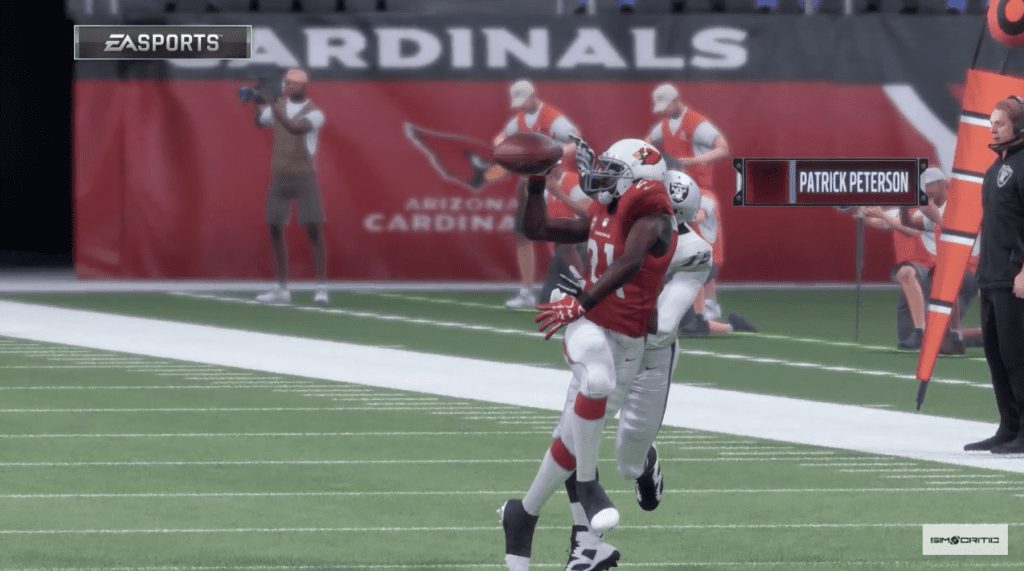 In what is becoming more and more of an unfortunate trend for new sports games, the state of Madden 18 in its first weeks of release is in a bit of a rocky place. And that’s not even taking into account the hurricane impacting EA Tiburon’s studios in Florida that forced them to expedite the release of a patch this week.

Setting aside for the moment all of the issues the patch may or may not have rectified, Madden 18 is proving a little hard to get especially excited about after spending a couple of weeks playing the games thus far. Sure, it looks better than last year, but it hasn’t improved enough in its core mechanics to make this a benchmark release for the series. There are still some fundamental components (stagnant line play and poor recognition from defenders in coverage, for instance) that are noticeably lacking.

After spending most of my time so far playing Madden Ultimate Team, I’m both impressed and overwhelmed by the multitude of options within the mode. I don’t find it to be quite as easy to grasp and navigate as The Show’s Diamond Dynasty however, as upgrading sets can make for a lengthy and rather tedious process. Perhaps this is why the packs store so prominently features highly coveted items you have to shell out real money to purchase with no option of spending coins earned through the game on them instead.

It’s hard to say at this point which gameplay issues could be patched to satisfaction in the coming months, but it’s increasingly looking like a year where the introduction of the new Frostbite engine and modes like Longshot has come at the cost of any major improvements to the nitty gritty details of action on the gridiron.

I agree with Kevin about the core gameplay issues. It seems the only way to get somewhat realistic line play in CFM is to increase pass blocking sliders for the AI. The problem with that is now the only way you get sacks is with a blitz, and to further that problem, you’ll get a sack about 70 percent of the time you blitz. All this leads your linebackers and safeties leading your team in sacks, while your DEs end up with just a small handful. To continue with the gameplay legacy issues, there are still a ton of tackles for losses. There’s also no positional rotation which is another long-time legacy issue. Stat tracking in CFM continues to have the same calculation errors year after year such as fumble recoveries being doubled in simmed games.

Does the game play better than last year? It certainly does, but I can’t help but feel frustrated when such legacy issues go untouched.

Madden to me is quite bland on the CFM front overall — there are no storylines worth reading, and news coverage and stat overlays I find myself skipping past as they offer little to no substance. It’s just the same old story of a franchise experience taking a backseat.

I did try some MUT, and I actually like their setup better than The Show, which I find to be very bulky and cumbersome. However, in playing MUT, it’s far too arcadey of an experience for me to enjoy.

Longshot is very well done, and I can only hope that elements of it find their way into CFM next year.

After having a few weeks with Madden 18, it’s very clear that the bulk of the development cycle went to Longshot. It is an admittedly good story and was far more entertaining than I had expected it to be. That being said, the development of Longshot definitely took away from the rest of the core experience. The switch to the Frostbite engine has certainly made the game a thing of beauty, but the looks are only skin deep.

CFM hasn’t been touched in any meaningful way. Old animations and odd clipping issues are still ever present. The ball is still lacking in physics, and incomplete passes tend to skip off of the turf like a rock on a pond. Funky interactions in blocking and in the tackling animations serve to remind us that there are still legacy issues that need to be worked out.

Not all is bad though. Madden Ultimate Team remains a deep and engaging mode for anyone who loves the card collector modes that are popular across sports titles. As Mike said, the MUT interface is a step up from MLB The Show. Where The Show has a clunky and bulky interface, Madden 18 has a central hub that labels everything clearly. Solos or Seasons, new players and veterans of the mode know exactly what to do and where to go. The action in MUT itself runs a bit more on the arcade side, but at its core it is still a whole lot of fun to play.

Overall, the difference between the three game styles (Sim, Competitive, and Arcade) is more subtle than expected, but it is there if you’re paying attention. Run blocking is vastly improved, with holes opening up and downfield blocks actually being picked up. Pass blocking is a bit of a mixed bag. Pockets form but only in the most rudimentary sense. Similarly, the WR/DB interactions are also fairly simple with it largely being a slightly more advanced version of rock, paper, scissors. Clearly, more work could be done in these areas.

Madden 18 is not a bad game by any stretch. It’s a fun game of football and any fan of the NFL would not be sorry for purchasing it. There is an initial wow factor when players first see what the Frostbite engine does to the visuals, but once that wears off we’re left with a game that is a solid game of NFL football, but not quite what I hoped for.