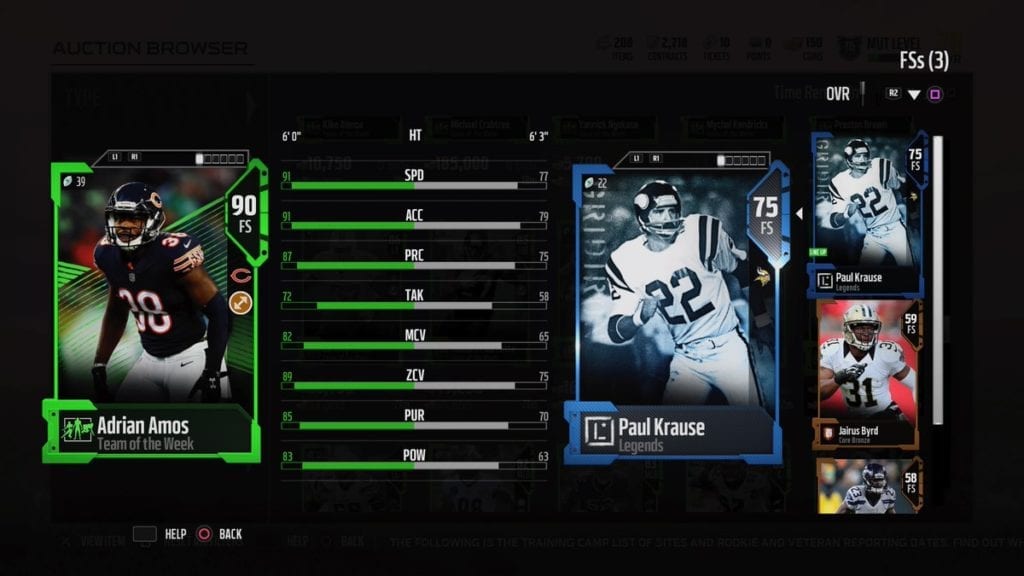 Building a Madden Ultimate Team lineup can be a grind. Through endless solo challenges and head to head gameplay, players can slowly but surely put together coins and cards to get that team overall up. While not necessary, buying packs can help that process along.

This week, Madden has released its Team of the Week 6 bundle. With 11 TOTW packs to open, it’s a hefty bundle. Each pack contains two gold or better TOTW players, and three additional silver or better players. The bundle also guarantees an Elite Team of the Week player.

This bundle will run a cool 5,500 points which is roughly $49.99 in real world dollars. Antonio Brown is the TOTW Master on Offense, with Cameron Jordan being the TOTW Master on defense. With that said, here’s the good, the bad and the ugly of the TOTW 6 bundle.

The Good: With Core Elites in the 80s, my hopes weren’t particularly high for anything too special. I thought I’d get some decent players, but I found myself shocked when I got the 90 overall Adrian Amos card.

This card is a pretty good anchor for any defense. Amos is a little bit shy of the highly coveted 91 zone coverage rating but he’s solid across the board. He’s going for 200-275K coins in the auction house so this card nearly pays for the entire bundle on its own.

Beside the Amos card, I was also able to round out a lot of my lineup with cards like a 76 overall gold Marquise Goodwin. Normally, a gold card isn’t anything to get too excited about, but this version of Goodwin is a burner. Rarely, do gold cards get good speed but Marquise will stretch the field with a 90 speed rating. 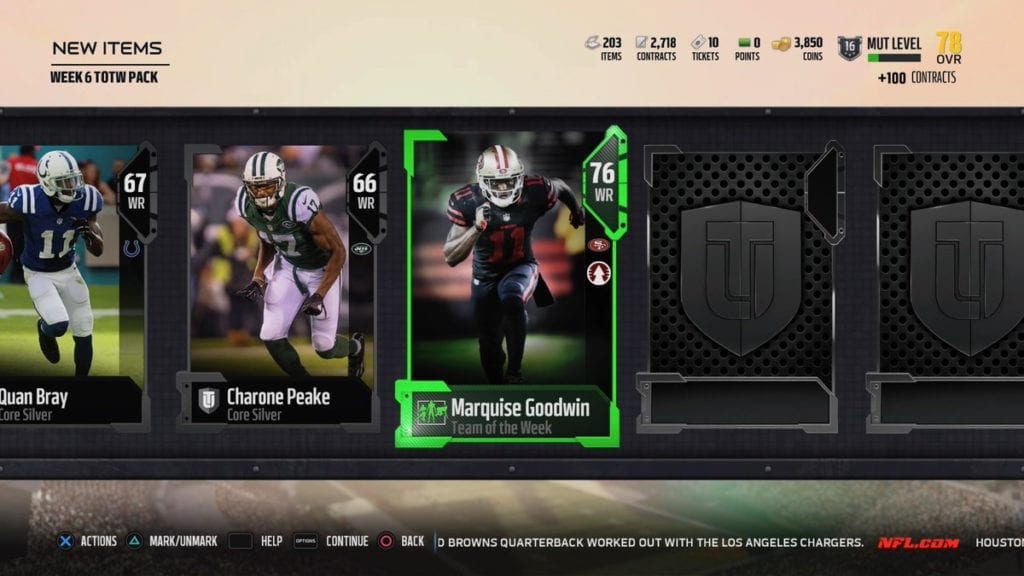 The Bad: One of the major complaints I have with many card collecting modes is the amount of duplicates that I inevitably end up with by the end. Unfortunately, even in a paid bundle, Madden 18 isn’t immune to that problem.

Part of the issue is that the silver cards that are used as filler for the packs, aren’t associated with the TOTW promotional material. They are just run of the mill silvers so the duplicates are plentiful. I ended up with seven Marwin Evans cards by the end of this bundle opening.

Something I’d like to see going forward is making sure those that purchase the bundle actually receive one of every card advertised in that TOTW lineup. Unfortunately that seems pretty unrealistic considering it could negatively affect competitive balance.

The Ugly: The biggest point of contention I have with this bundle is that the quality of cards isn’t worth the price of the bundle. Sure, I lucked out and got the Adrian Amos card, but there will be many of you that don’t end up with one of the premium cards in the pack. In that instance, your overall team rating won’t go up in a huge way from this particular bundle. 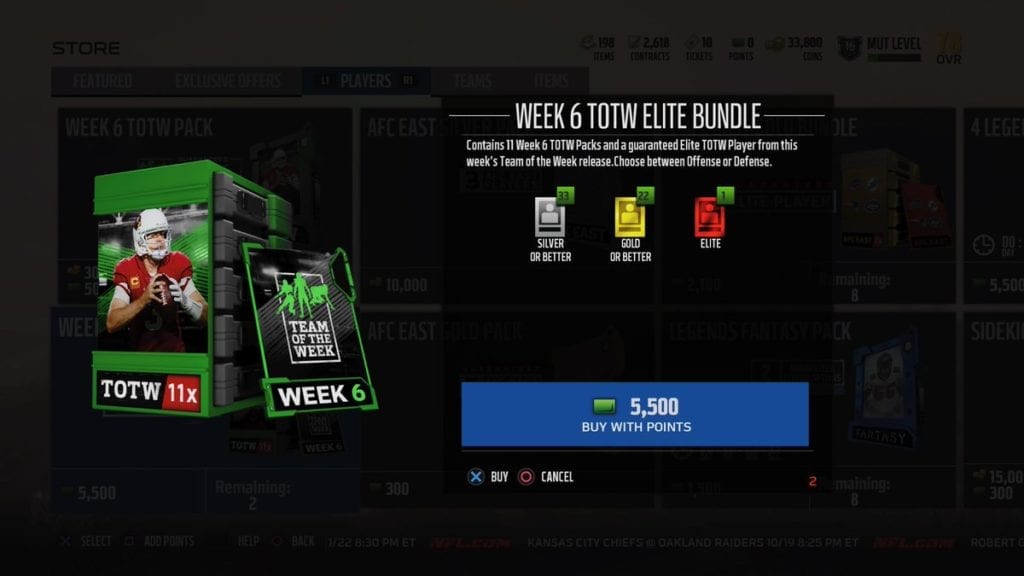 Also, prices for packs and bundles in general, are very expensive. In comparison to past games, Madden 18 prices for both packs and in the auction houses seem bloated. Sure you can get into the auction house and find the occasional deal, but more often than not individual cards will cost an arm and a leg.

The other area where this bundle falls short is in the effort to get the master cards for the Team of the Week. Overall, like many other MUT upgrades, the TOTW Masters require grinding and resources to get the best cards if you don’t luck into them during pack openings. It gets hard to reconcile giving up money when the chances of getting something truly valuable is so low.

Conclusion: Despite the cost, opening this bundle was a fun experience. My team may not be miles better than it was but the most important thing is that it COULD have. More than anything, it’s that unknown that drives us to buy packs. It’s the excitement of what may happen that makes buying packs worth it, even when the actual returns are less than stellar.