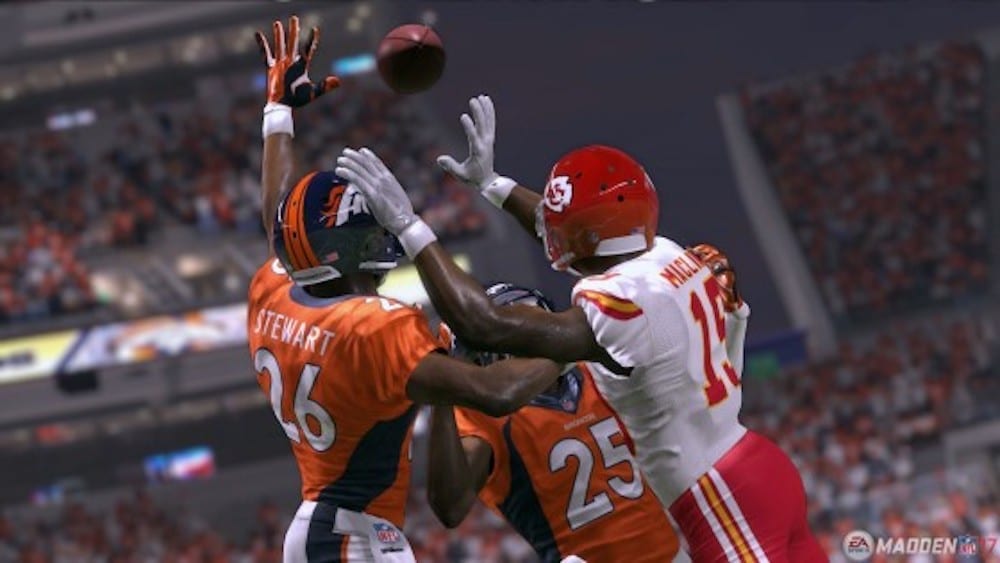 Perhaps more than any other team sport, football relies on every player on the field working perfectly in tandem on each play in order to achieve success. In Madden, this has led to plenty of frustration in the past because the ability to control only one player at any given time means having to depend on the game’s artificial intelligence to get the remaining players into the right place at the right time and react accordingly.

Thankfully, Madden 17 has remedied a number of the AI issues that have plagued earlier iterations of the game and made it less likely that you will be blaming the inherent deficiencies in the game’s programming for your team’s shortcomings on the field.

Nowhere are these changes more apparent than on the defensive side of the ball. Where last year’s Madden often left you vulnerable to a handful of different money plays (looking at you, four verticals) simply because your lesser AI-controlled teammates couldn’t hold up in coverage — assuming you weren’t able to quickly punch in the multiple pre-snap adjustments required to get an appropriate counter in place or guess right by controlling the correct nearby defender — this year’s game allows you to breathe a little easier.

These improvements transform the way you play zone coverage. Aside from the fact that there are more options in zone assignments to provide to your defenders this year, they will also cover these zones better than in the past. For instance, the middle of the field typically offered players easy yards last year when a defender would tend to cover receivers briefly before letting them run free once they’d reached the edge of his assigned zone. This year, though, defenders will stick to these receivers a little more closely, even mirroring the receiver’s routes on All-Madden, and frequently attempt to jump the routes if the QB is not careful.

Man On The Corner

Man coverage has also seen an upgrade this year, and while the dreaded TE corner routes will still present a significant problem for quite a few unfortunate linebackers left on an island, it’s nice to see that it’s at least possible for superior ones (like Von Miller) to stay with their man and aggressively wrestle the ball out of a player’s hands on occasion.

Meanwhile, on the other side of the ball, offensive line play has also undergone changes to prevent many of the annoying instances where logic seemed to go out the window in the past. The number of times you’d be running the ball last year with a blocker in front of you, only to see him inexplicably pass by an incoming defender and leave you crumpled in a heap wondering why that fat jerk didn’t bother to adequately protect you was far too frequent. This year, you might still find instances where a lineman doesn’t lay out the guy you would have liked, but following your blockers at least feels organic and reliable enough that you can begin to trust them again.

These are the kinds of encouraging steps that needed to be taken by the Madden developers in order to create a game that feels like the real thing. After all, if you’re going to go toe-to-toe against an opponent, you want to do it with the knowledge that you don’t have any weak links in your midst that can be easily exploited. This year’s AI-controlled teammates are beginning to feel like the kind you can proudly stand beside on the gridiron and know that they have your back while you’re busy controlling someone else.