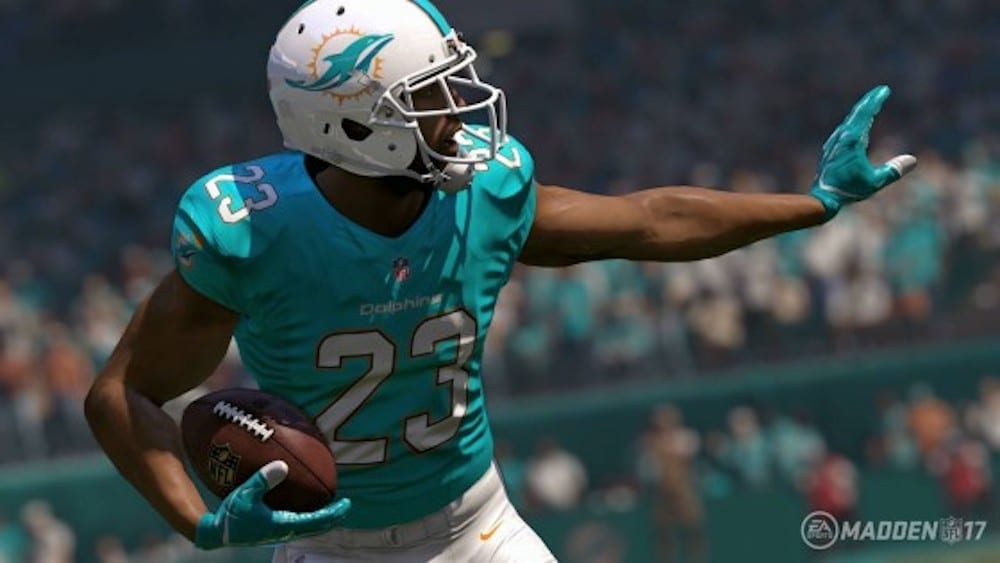 Madden NFL 17 is sure to bring much debate about the direction of the series, but let there be no doubt the game has certainly planted itself as a serious contender for more casual football fans’ hearts.

This year, Madden has added several new features that basically hold any newer user’s hand to virtual pay dirt. From the way the new auto-running moves function to the continued increase of on-screen feedback, Madden is working very hard to win over new fans’ hearts while simultaneously deepening the love from existing fans with more and more simulation depth. The Changes On The Field

Madden has made it a priority to get as much visual feedback as possible onto the field in order to inform users of the decisions they are making. There are several features that are helping do this in Madden NFL 17.

There are now a variety of on-field visual elements that let you know what decisions you are making via control inputs. Everything from a direction indicator to tackle cones to move feedback to XP indicators to the classics like pass icons.

You’ll get coaching tips, pre-snap info, game plan information, drive goals — for a newer or more casual user, Madden is there to hold your hand, and it’s not a bad thing making football more accessible to more people. For the end user, this is a huge deal if you are overwhelmed by all of the play-calling options. While sports games have gotten closer and closer to the real on-field product, they’ve also successfully managed to alienate a lot of potential users by becoming too complex to just jump into.

By rethinking the most basic elements of the game and offering a simpler (but still deep) solution, the Madden team is holding out a hand and offering to take anyone along for a ride with the destination possibly being the enhanced play-call menu. Play the Moments is perhaps the cherry on top of all of this. For time-crunched Madden gamers (or those like me who’d just prefer to get 8-10 seasons deep into a franchise), there hasn’t been a better option to control both sides of the ball and impact the outcome of the game as directly.

Thus far, I’ve not once felt out of control of a game and have managed to complete several games in under 20 minutes. If you are a hardcore sim nut who needs to play every down, surely Play the Moments isn’t for you. However, for more casual or time-crunched gamers, it’s yet another sign of Madden’s prowess in finding ways to become more accessible while simultaneously becoming deeper. At this point, Madden NFL 17 has successfully created new on ramps for new fans to be able to play the game at a high level while also offering several new layers to explore for established gamers. In terms of good design, that’s exactly what most every sports game should be striving for as realism continues to increase.

Madden NFL 17 successfully endears itself to newer gamers, offering a more accessible and fun experience while simultaneously giving a deeper and more realistic experience to established fans of the franchise.

Breaking Down the NBA 2K17 Friction Trailer
NBA 2K17 Features Improvements Across the Board, Here's 75 of Them