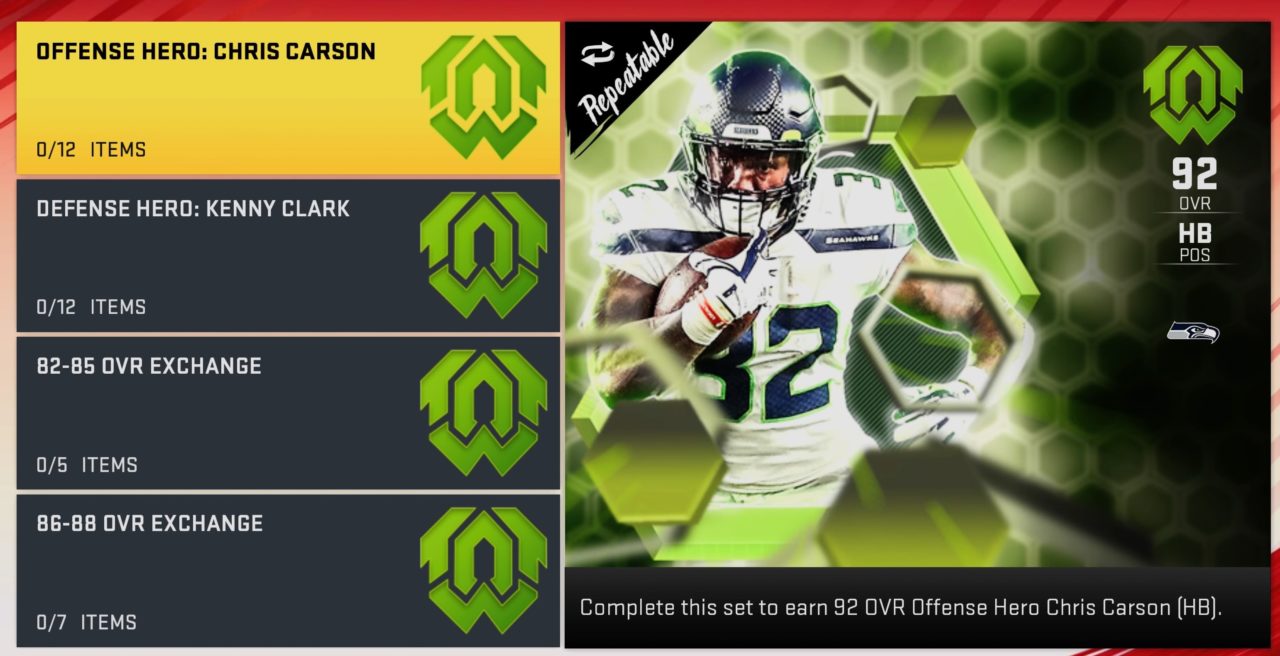 I’m just going to bounce around today for Team of the Week 15 because there really was not anyone who needed a lot of focus. None of these players will be at the top of the meta moving forward, and so it makes it easier to cruise around instead. At best, we got some interesting theme team options and maybe one or two players who will be cute to use if you get bored with your stacked squad. 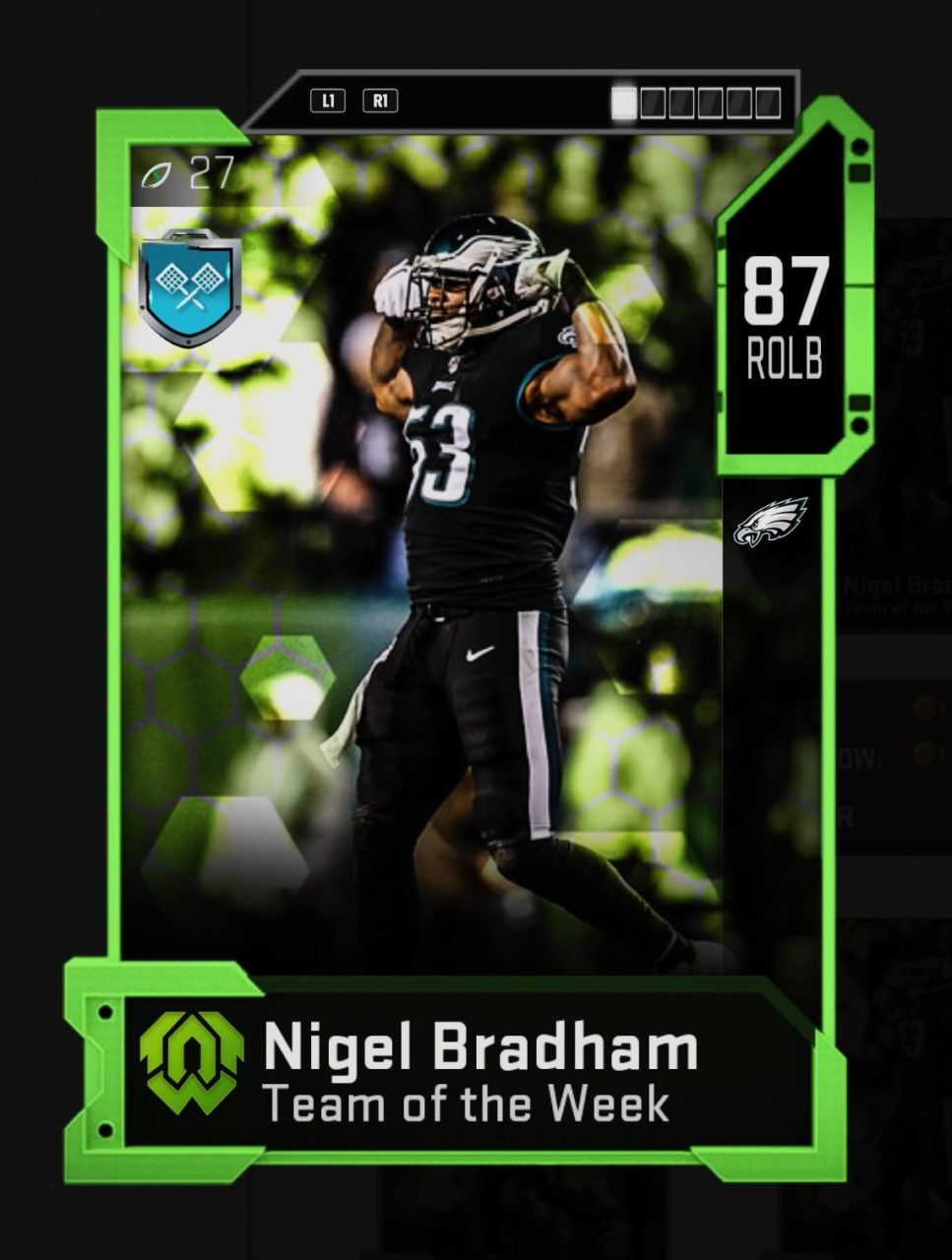 Nigel Bradham is on the right path for the type of player the MUT developers should focus on if they want to avoid power creep each and every week. He seems somewhat low statted for an 87 overall, and he is in a sense. However, he’s really close to being the exact archetype he’s supposed to be. I think he could use a little more play recognition and agility to better fit his overall rating, but he’s just about an ideal situational player. If you’re worried about certain running backs catching passes or just want to user as an OLB a bit for pass plays, Bradham works there.

Now all the caveats still exist for not exactly needing a ton of pass coverage OLBs when most just run the ball, but in a vacuum, the concept is correct for the sort of situational player you want to at least be able to get from Team of the Week drops. 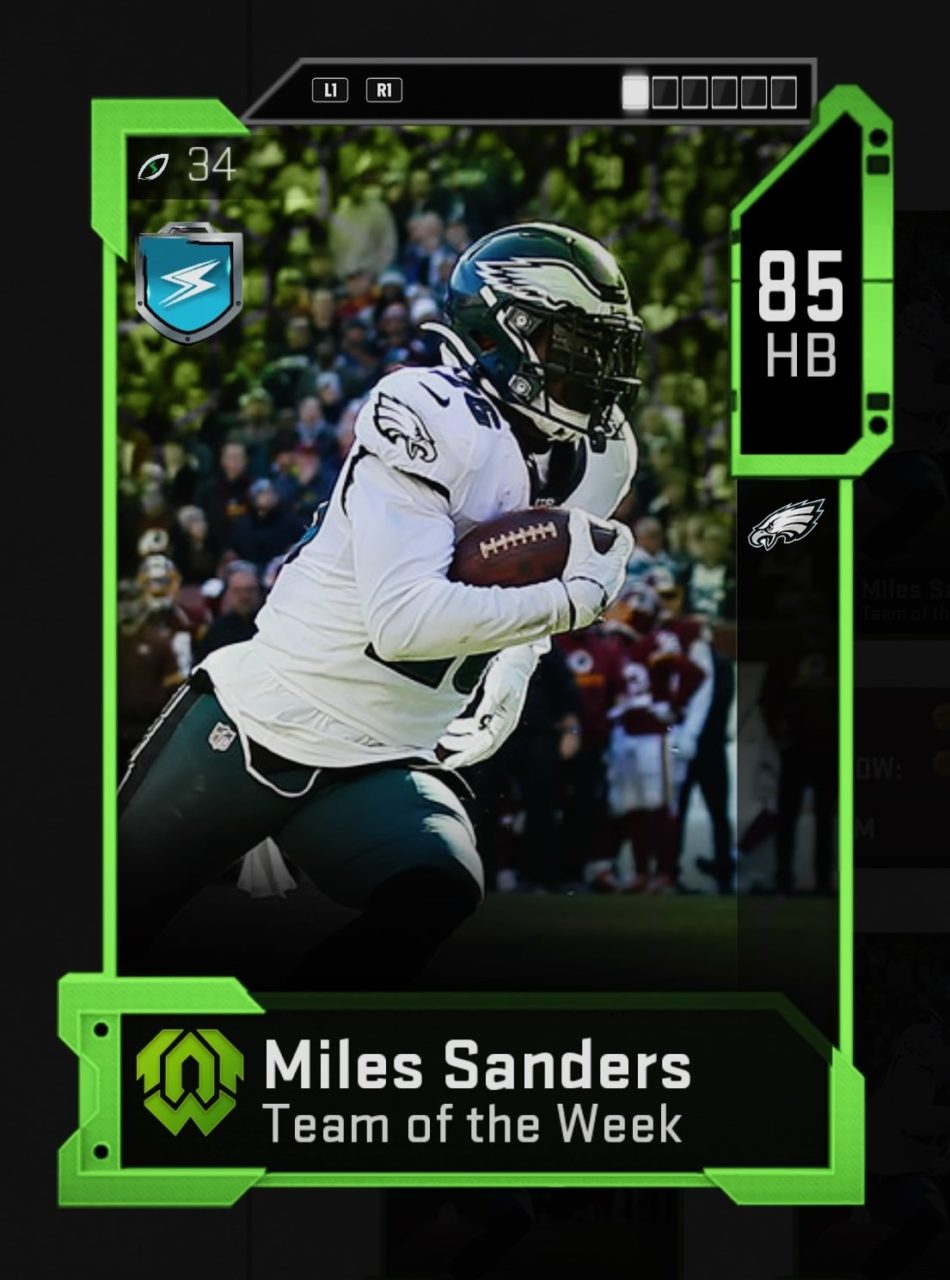 I include Miles Sanders as an example of a player where you’re not doing anyone any favors by including this card. He’s not fast enough, his catching is not good enough, and so he ends up not really serving as anything even on the Eagles theme team. The MUT developers have become very adept at pumping out cards, but they need to find more ways to make them useful. Theme teams are one way, creating more situational players with specific stats would be another, but we also just need more reasons to use players like this if they’re going to pump out so many guys every week.

Just being fodder for a Hero is not good enough, we need a reason to use guys like this in the game. Whether that’s an event-like mode like in The Show or something else entirely, it’s the next step to make all this content actually mean something. 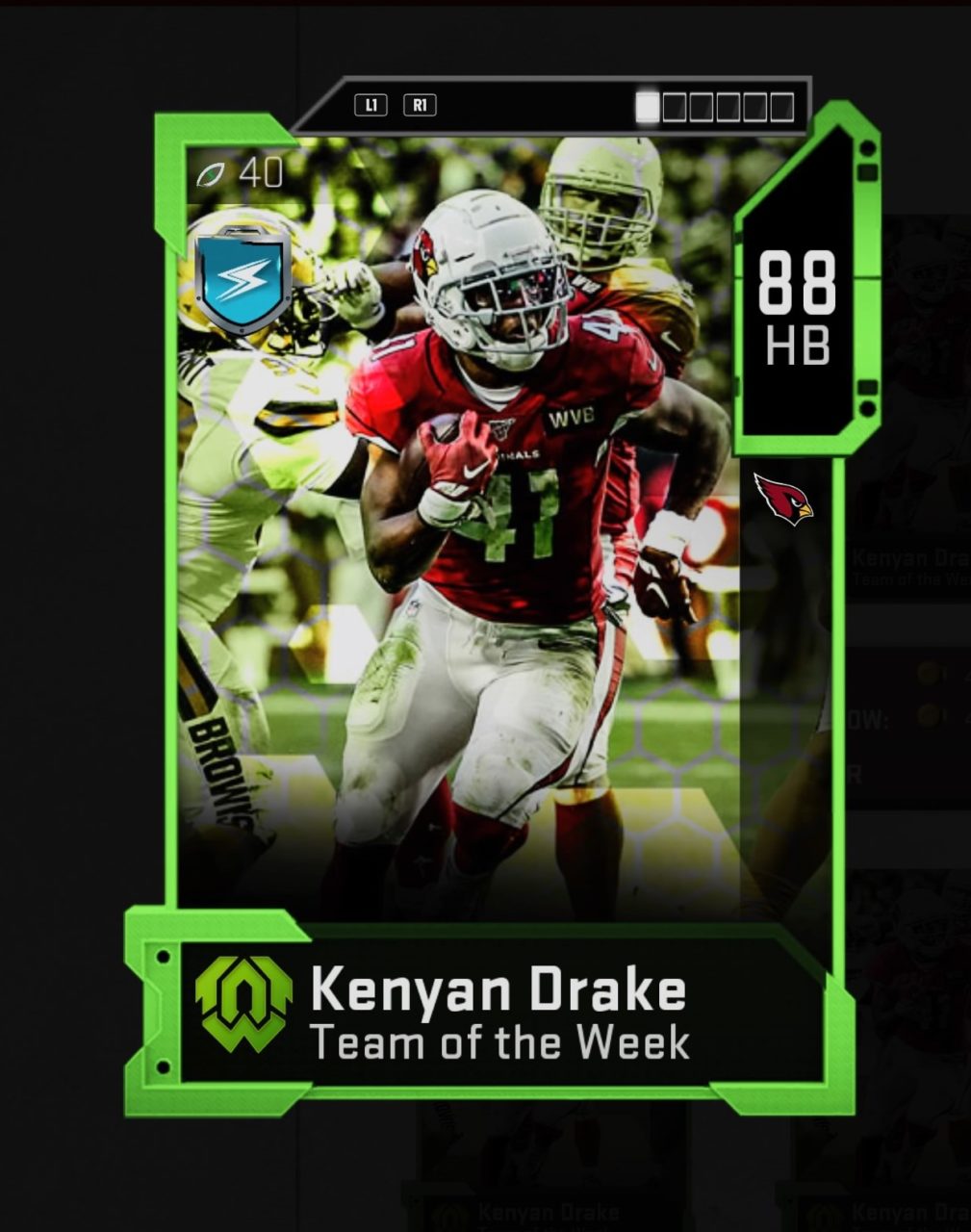 Drake had a heck of a game over the weekend, but he does not get much of a payoff here. The card is perfectly usable, but there’s nothing really elite about it. Other players with worse overalls have better speed, and he’s not a great receiver or anything like that. Emmitt Smith already works on the Cardinals as well so you don’t get much for a Cardinals theme team either here. 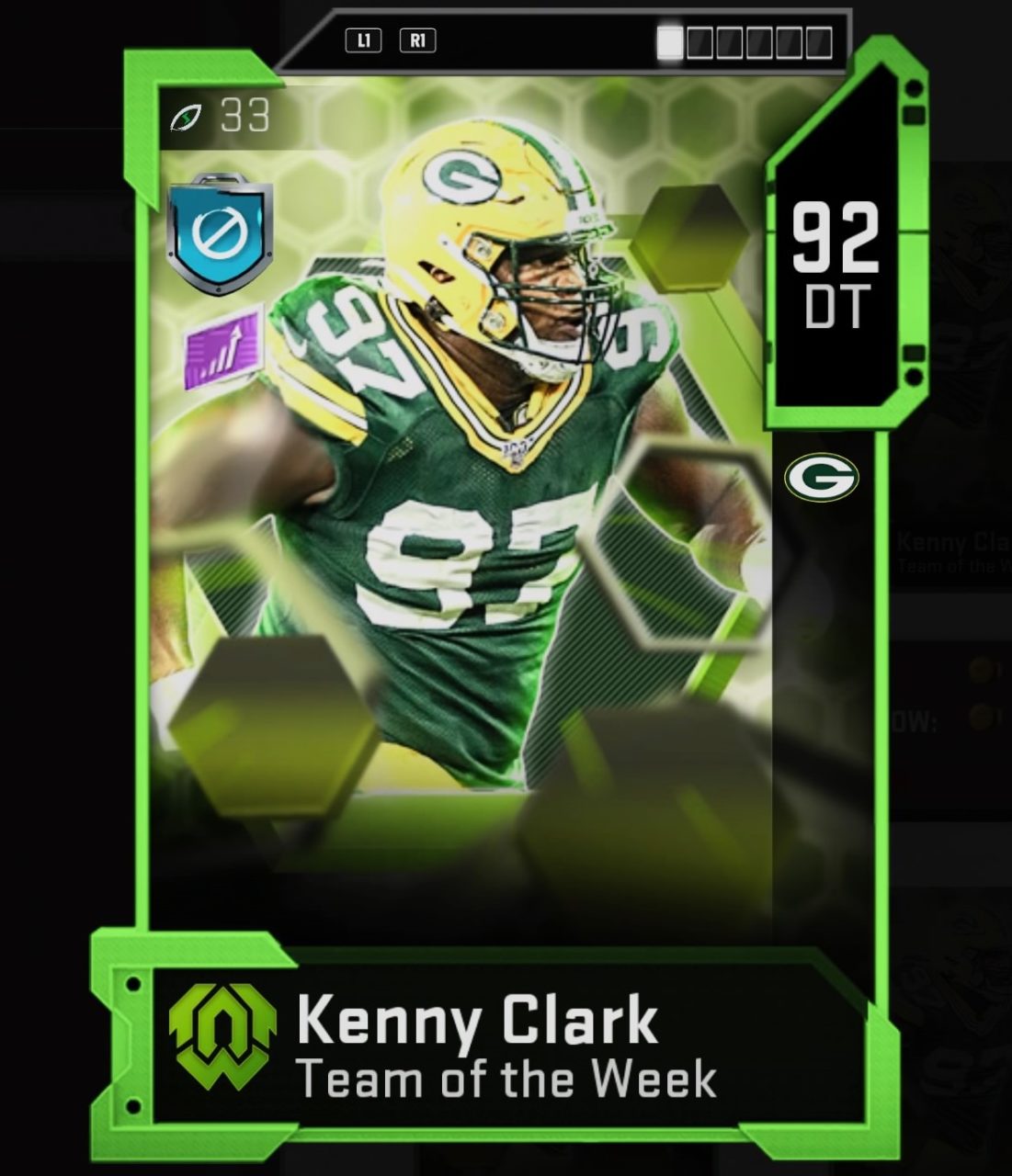 Kenny Clark is the defensive Hero for the week, and he’s going to be a good middle option for teams who don’t want to splurge as much quite yet on NFL 100 guys. He’s relatively mobile for a 3-4 DT, and the block shed, strength and power move are all above average to elite. The price point should come down further in the coming days, which will make him more palatable, and he’s an easy pick for a Packers theme team. All in all, a solid card that generally plays above its ratings. 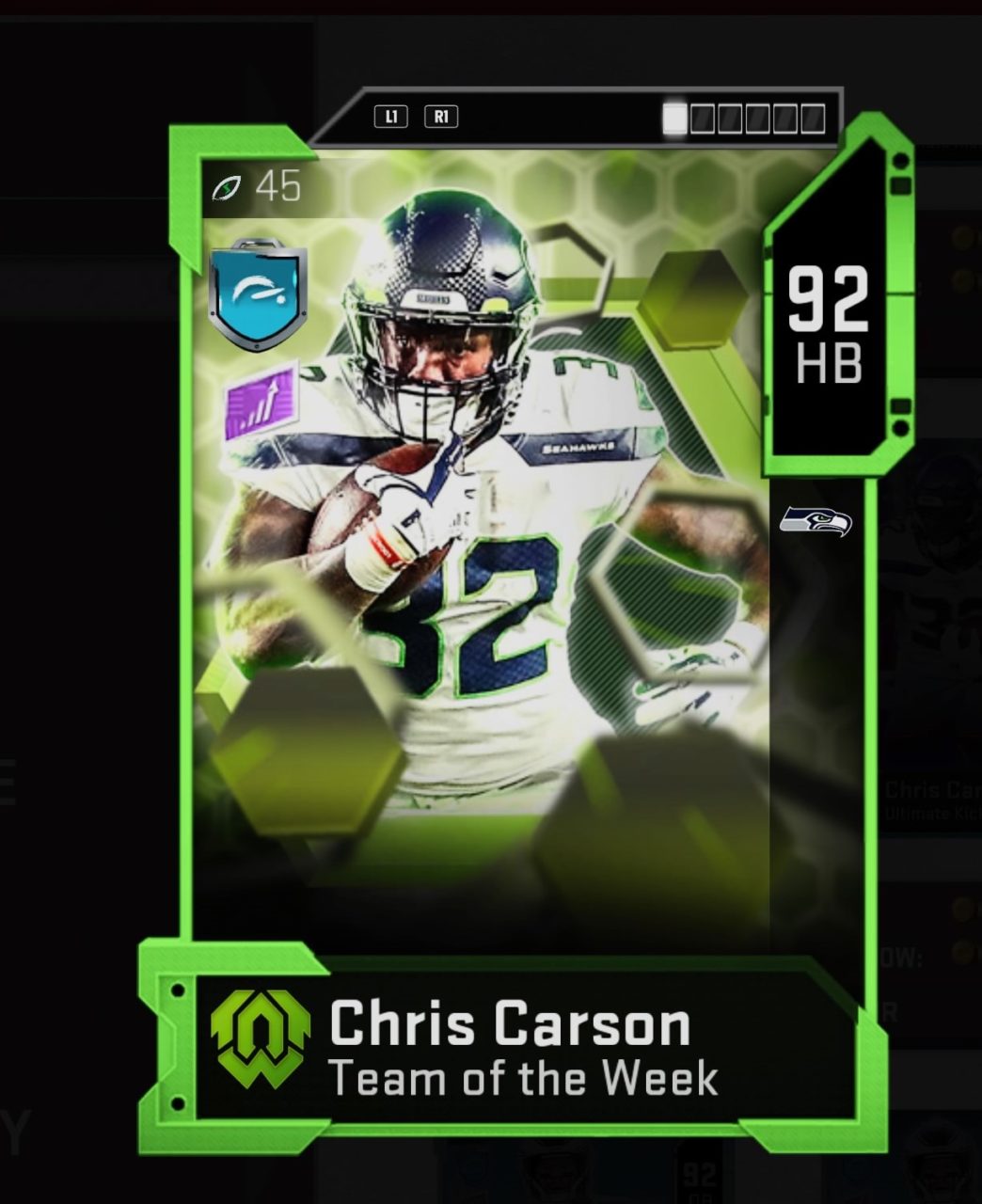 Chris Carson is the offensive Hero for this week, and it’s not a card that will please many folks. First off, his Ultimate Kickoff version is as good or better in every sense. Beyond that, it’s hard to justify playing any RB who has 87 speed anymore. He can be chem’d up on a Seahawks team, but what’s the point? Running back is the most important position in the game in many respects, and so you just can’t really play someone this slow very much. The NFL 100 continue to cause chaos for this position. 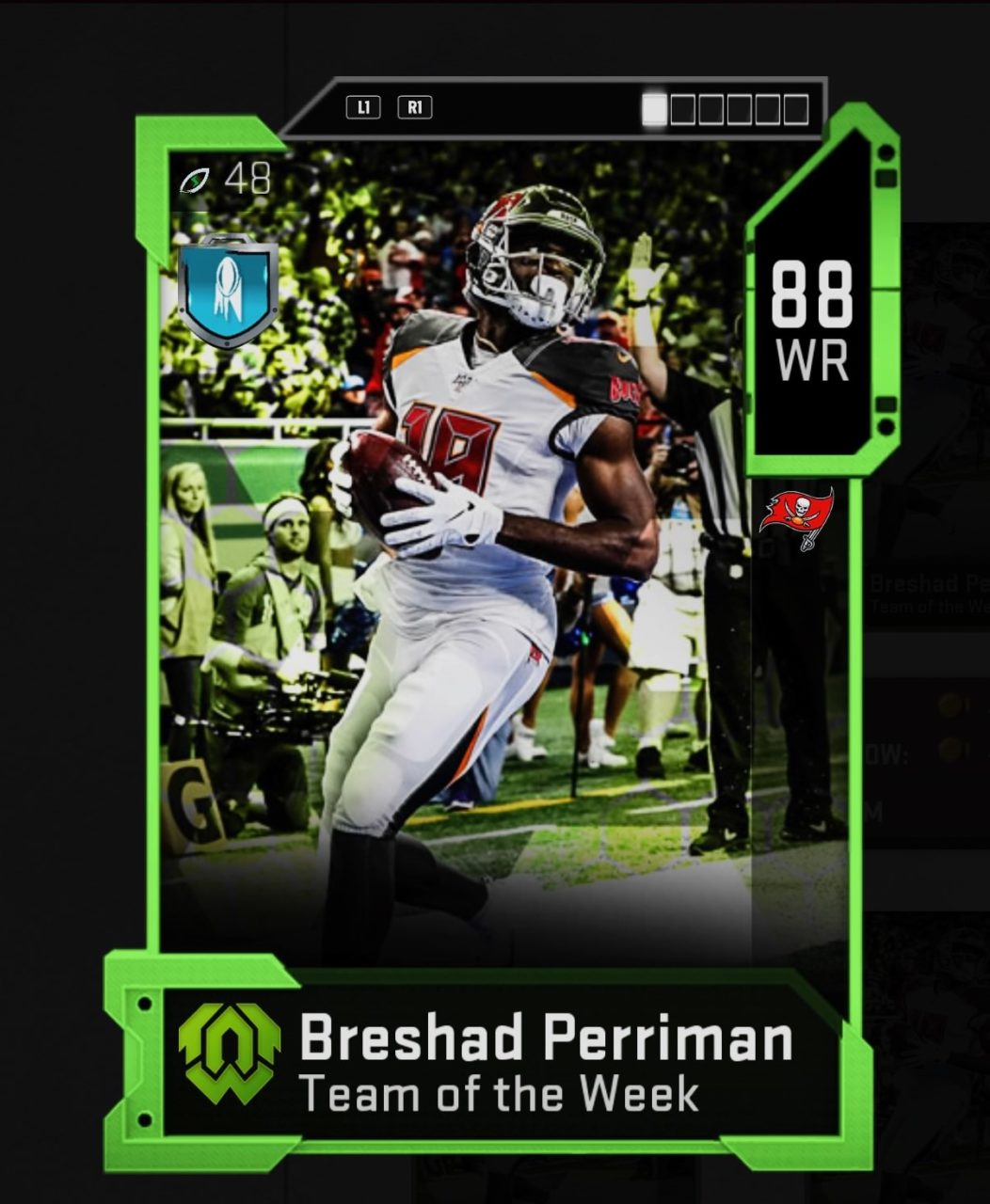 Breshad Perriman is an example of the EA developers actually knowing how to make a card appealing. He’s not a great route runner, he’s not an incredible receiver overall, but he has elite speed with an overall that is not insane. You can find a John Ross, a Redux Marquise Brown and a Mecole Hardman in this same general area, but that’s fine. These receivers are not amazing overall talents in the game, but they serve a purpose and are scary in the open field. This is a good card. 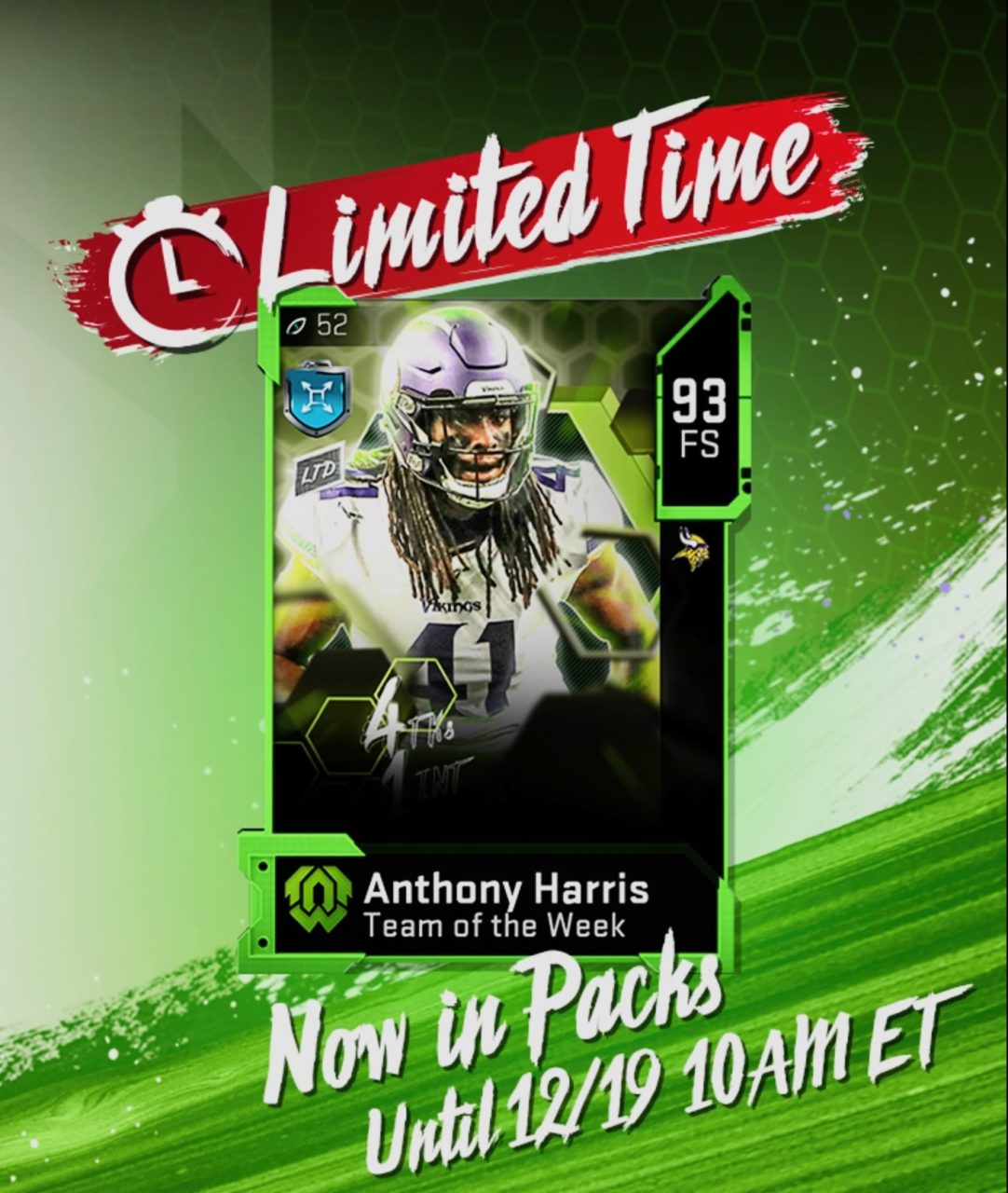 The Limited is Anthony Harris, and it’s nothing amazing, but it’s certainly well statted overall. His tackling only being 75 hurts, but his coverage abilities overall rival someone like Lott and give him some flexibility to play some cornerback on top of free safety. The 91 power is also obviously very good, but again, the tackling hurts it somewhat. I don’t think he’s the guy you want as your big hitter safety because he’s more important as a coverage player, but he does have versatility.

All in all, it’s still someone I’m more stoked to have on a Seahawks theme team than anything else, but that’s the fault of the NFL 100 coming out recently more than Harris’ talents.

I did not feel the need to really look at anyone else too closely. It just seems like a very fodder-filled week, the only trouble is only one of the Heroes is even worth really checking out.