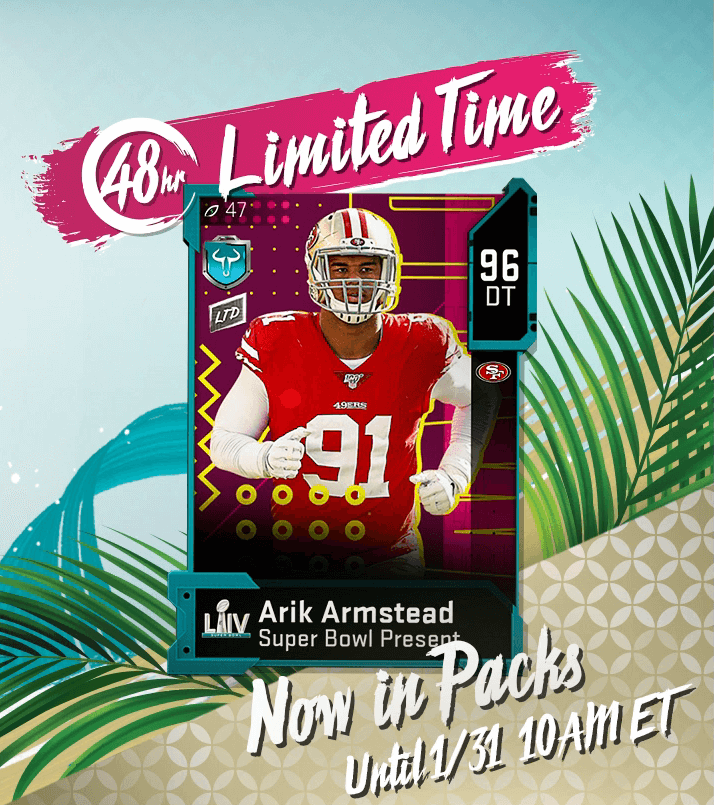 As expected, we got our big ol’ helping of Super Bowl LIV players for the Super Bowl Present portion of the MUT Super Bowl promo — that’s a lot of Super Bowl. It’s a much better batch of players than we had previously received during earlier portions of the promo, and these players will get double team chemistry if their team wins on Sunday.

I’m just going to cover the players here because we have a MUT Super Bowl guide already in progress, which you can find here. If you want all the details on the sets, challenges, etc. head there.

At first glance, Tyreek Hill is the obvious star of the show. I feel somewhat bad for people who invested in his Power Up because it won’t be as valuable since he’s a Master card, but it’s still a great upgrade. Richard Sherman seems like less of a slam-dunk pick. He doesn’t look that much better than the Zero Chill version, and he’s still going to have problems with corner routes, much like every other CB in this game. His height didn’t mitigate that issue with Zero Chill, and the upgraded speed here (albeit it’s still a little low in his base form) probably won’t change that either. The stretch/inside zone mixed with corner routes seems to be the meta from here on out.

Still, much like Zero Chill, this promo took a nice step up today. The development team has been a little slow out of the gates with these promos, but they’ve been able to respond nicely and pick up momentum as the promos stretch into their second week.