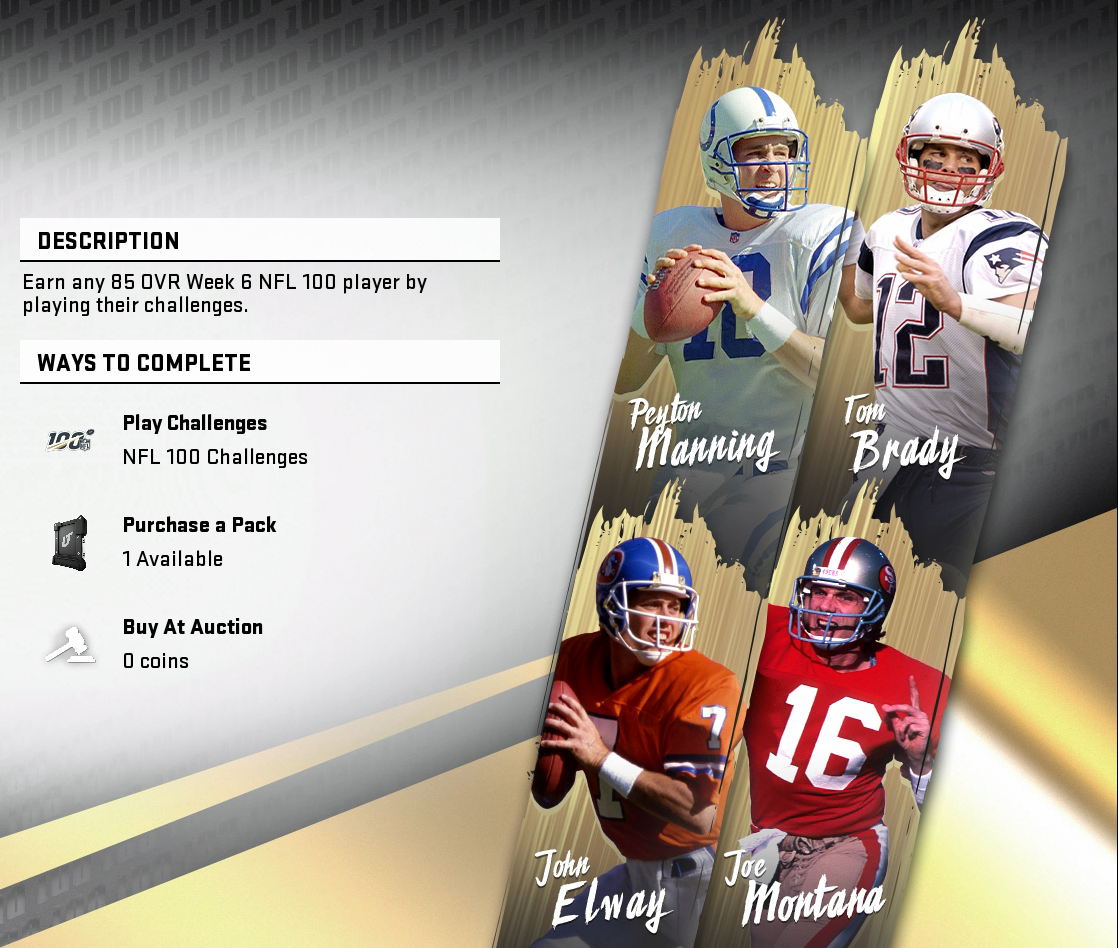 The NFL 100 set was capped off tonight in Madden with the release of the MUT NFL 100 QBs. We do not get Brett Favre, presumably because he wants too much licensing money, but we got four other pocket quarterbacks tonight. It’s the wrong year for all the pocket quarterbacks to win the vote, but there is not much the Madden team can do about that.

Peyton Manning looks like the early favorite as the best pick of the four, but that is subject to change once the community gets more hands-on time with these players. However, it just looks like Manning has the best mix of abilities and attributes, and many people already were using him this season at various points. In other words, people are already comfortable with him on top of the quality stats.

The sets are the same as usual. You need to collect 25 base items of NFL 100 QBs to get the 95 overall version.

The same goes for the Solos in that you get one base item for knocking them out. But the key here is if you have kept up with all six weeks of Solos, you get an untradeable NFL 100 player of your choice now, which comes in a Centennial Fantasy Pack. It is not clear if and when the Solos will ever expire, but it’s safer to do them now rather than later if you have the time.

It’s a bummer that the meta in Madden is all about running the ball and scrambling QBs as it really hurts these NFL 100 players. With no Steve Young making it on the list here, it means the coolest part of this release is that it’s the first time we have been able to use Joe Montana in Madden in years. It’s cool to have him back in the game, but missing out on Favre does sting a bit. Regardless, I assume Vick, and Lamar Jackson and Mahomes will all be on more teams than these NFL 100 QBs.