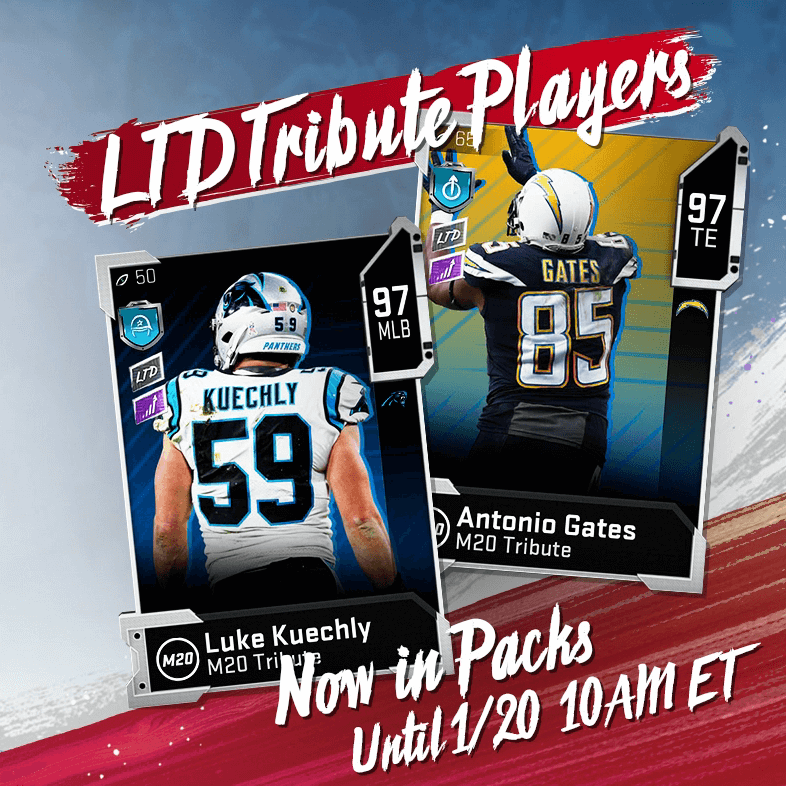 On the heels of Luke Kuechly’s retirement, we get Madden 20 MUT Tributes Kuechly and Antonio Gates. These two cards are the surprise on top of a trio of Legends: Jon Runyan, Bobby Wagner and Demaryius Thomas. 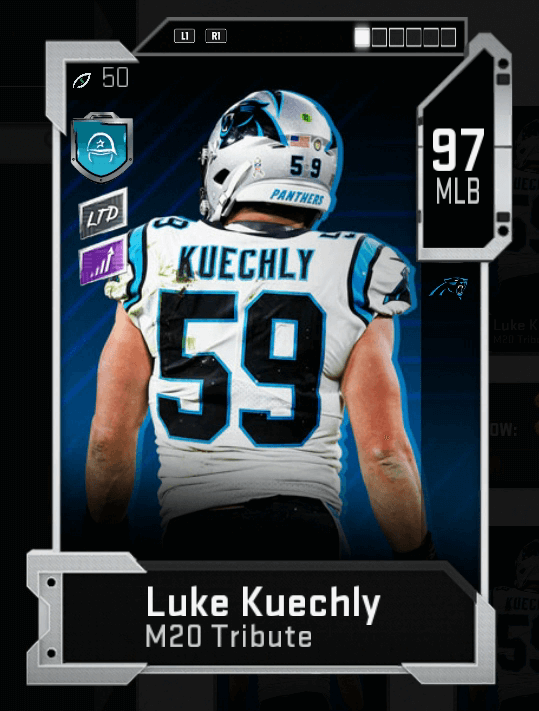 Quick Analysis: First off, if you had the TOTY card and powered it up, you get this card for “free” more or less. It will upgrade to this version in 98 overall form and even have the new card art. The card itself is great, but I would lean towards Patrick Willis still. Nevertheless, Kuechly has 98 play recognition, 98 awareness, 89 block shedding and 89 speed. 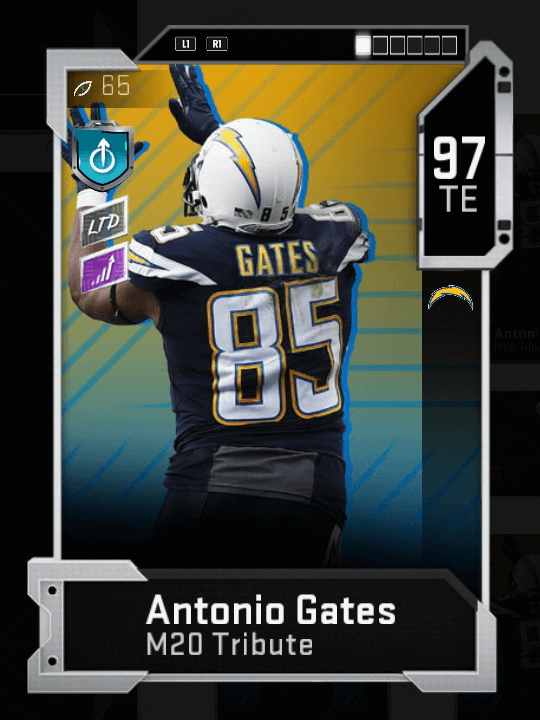 Quick Analysis: Getting a Gates card like this is a nice surprise. Kittle will remain the best run-blocking TE in the game, but Gates now looks like he could be the best receiving tight end. With 87 speed, 97 catching, 93 release, good route running and 94 carrying, he looks impressive all around. This is a card that matches up with who Gates was at his peak. 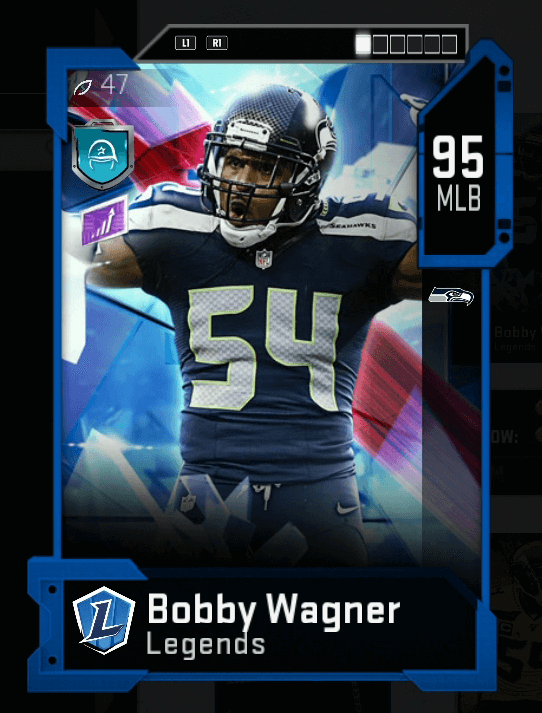 Quick Analysis: Wagner looks a little worse coming on the heels of a Kuechly card, but it’s still a good stat line. His 88 speed, 86 block shed, 95 awareness and 95 play recognition means he shares a lot of similar traits with Kuechly, just at a tier below him. 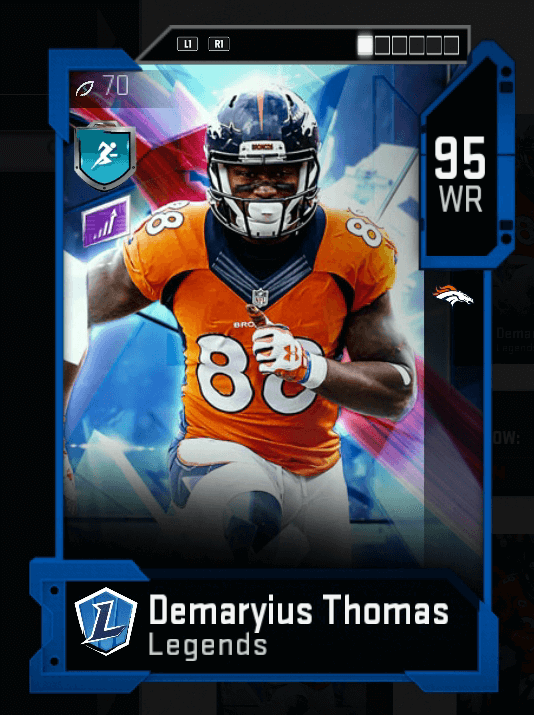 Quick Analysis: I generally like Demaryius cards because he’s big and physical. This looks like a killer receiver on theme teams, and he has 94 release to really show out as a physical player. 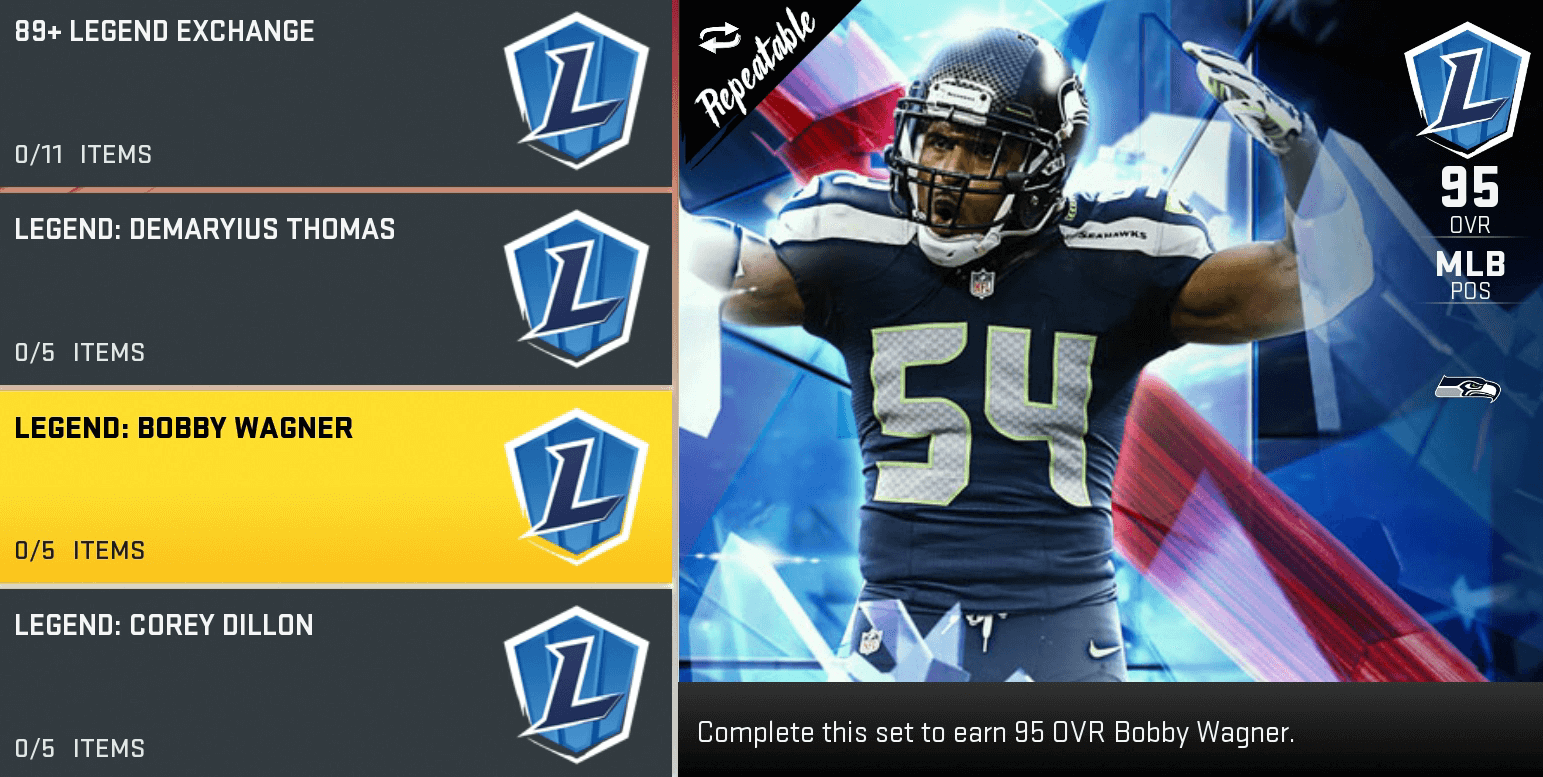 You can get Wagner and Thomas by collecting the five other versions of their cards. In addition, there is a Power Up available for each via Solos. 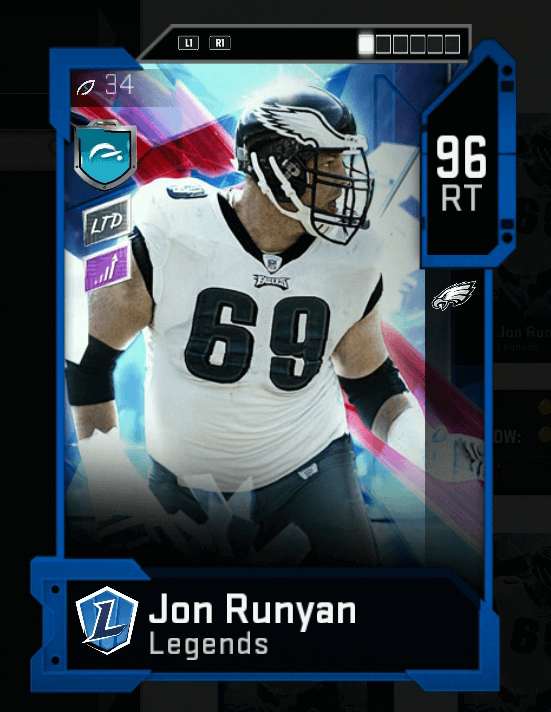 Quick Analysis: Runyan is the Limited, but the Eagles did not exactly need another amazing lineman. That being said, it also gives people another RT option, which is an area where we’re a little light on top talents.